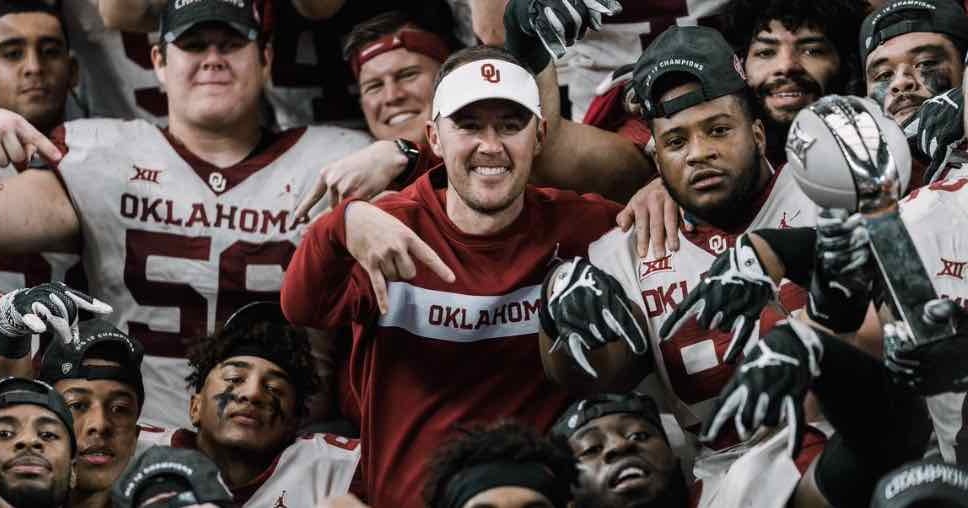 “HOOK’EM” is OK for UT….Horns down not OK for OU 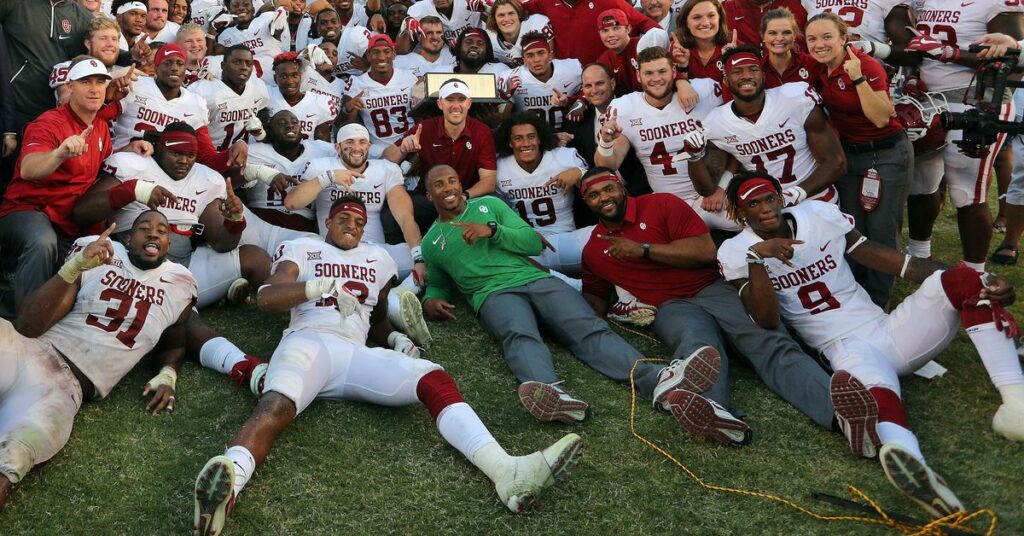 Coming up in less than two weeks, the Oklahoma Sooners play the Texas Longhorns in the Red River game in the Cotton Bowl in Dallas.  For that game and future meetings between the two rivals, official Sooner cheer, pom and any associated with the University, such as in a supportive role have been told in no such way should the “horns down” hand gesture be flashed as of the disrespect toward the University of Texas and their players, fans and supporters. 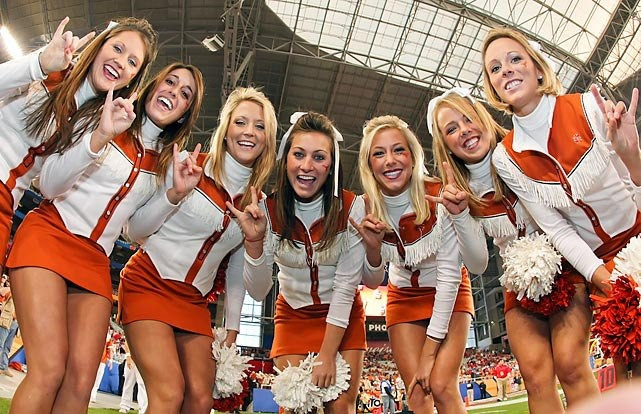 What a load of crap.  The fact that those in charge with “controlling” the various spirit groups at OU believe that doing so is a distasteful display at least and disrespectful at most.

The university has IDIOTS in the administration running the show.  A hundred years of rivalry tradition can just go to hell.  To contemplate that hand gesture “horns down” as such, against school wishes, the opposite must be true when a Texas follower, player, cheerleader or alike, flash the “hook’em horns” gesture toward an OU follower.  Is not that an in your face that we (Texas) are superior to you, and as such that is also being disrespectful toward those that receive such gesture?

I wonder when the players and coaches for OU get put on notice that they are also not to use the hand gesture. It has to be coming unless it has already been directed that it will not be allowed or tolerated.  What sort of punishments will follow?  Players reprimanded or suspended. Coaches fined? Think it is not coming? Sure it is.  Watch the game and see if the hand gesture is used by Big Red players and coaches during and after a Sooner win?  I expect to see NO horns down by anyone associated with OU.  The edict has been issued.

It starts with leadership, and the administration in Norman needs to get a grip of school traditions.  It is a shame, a fricken shame.  “Hook’em” if you are a UT person. I get that. I respect that.  But I have little respect for what is going on with OU.  Wait until the powers to be in Norman decide to change the “Sooners” to something like the “Scissortails” as of the white settlers that kicked the Native Americans off their land back in 1889.  That is coming folks and if you think not you too are just out of touch.  The “Sooners” and that little covered wagon that brought the white man to overrun that land is hated in many places and peoples mind.  Some of those minds want to control what is going on at OU. This is not a time of keeping the status quo. It is a time of change, a time of discourse and a time of no forgiveness.  It is a time of hate speech by those that truly have hate in their heart.  You can disagree.  But wait and see.  “Boomer Scissortails”  sports fans.

Feature photo: Baker Mayfield stirred up controversy after being photographed making the “Horns Down” sign. University of Oklahoma/Twitter 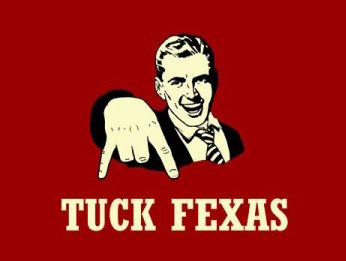 One Response to “Sooners, you have been warned……Don’t flash that UPSIDE down HORNS hand gesture….the OU idiots in charge do not like it….”