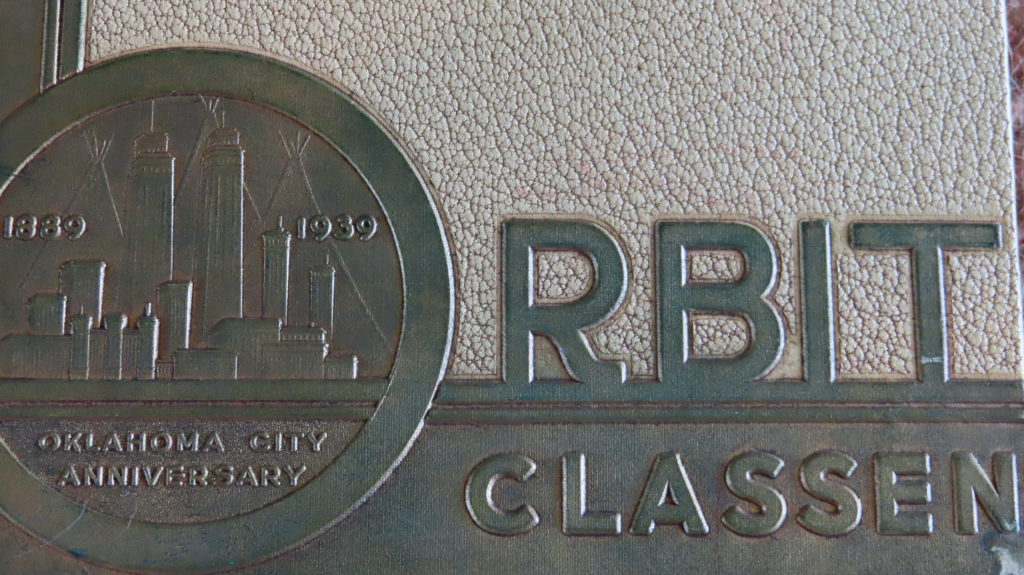 I graduated from high school in the spring of 1971.  I was eighteen years old and had spent six years attending the school, Classen High/Junior High School, located at 1901 North Ellison in Oklahoma City. The school is located block west of the famous (for OKC) Classen Boulevard, which runs from east downtown OKC to north OKC in and around the city, ending at Britton Road.  Classen has housed a school since it was built in 1919 (at this location) and became a high school in 1925. It opened as a Junior High.  Classen is currently a middle school. It is associated with Classen SAS High School in name only (Classen), which is located at the former Northeast High School building on the eastside of OKC.  As Classen SAS is now not located at 1901, I consider it not Classen High School, my alma mater.

My Dad, Fred Pahlke, also graduated from Classen High School, attending the school in the middle to late 1930’s. He earned his diploma in 1939.

My father grew up on the northwest side of the city, at 2049 Northwest 20th Street, which is at on the northwest corner of Pennsylvania Avenue and NW 20th.  My Grandfather bought the property and adjacent lot on Penn in the late 1920’s, building a neighborhood grocery store facing Penn Ave. a short time later.  My Dad attended Whittier Elementary for a short time, Roosevelt Junior High, then Classen High School. He also attended Rosery School (Catholic) a few blocks from his home after giving trouble to the teachers in the public school as a third grade student.  My Grandfather thought the nuns at Rosery would get him under control and that was debatable.  From stories I have heard, my Dad had issues with disciple until he began his high school years at Classen.

At Classen, my dad played sports and was a student staff member of the yearbook (Orbit) and school newspaper (Classen Life). He was the photographer for both as of his experience of having his own dark room while growing up. He had expertise in taking pictures and developing them from a young age served him well at Classen.  He told me that dark room at Classen was excellent and the school provided him with all the film and supplies needed to produce high quality photos.  Not known as a intellectual and having a learning disability, my Dad’s above average intelligence was on display in other areas.  At an early age he was a fine wood working craftsman before he ever entered high school.  He was able to build boats from store bought plans before he was fourteen, using his own tools and power saws. He was able to buy the woods and scratch materials to make his boats. As of being from a family with means, he was able to explore various future professions as a young kid. In his life those early experiences allowed him to be proficient in woodworking, plumbing (pipe cutting), welding, home building, and roofing. He was into boat racing and he built what he raced. My sister and I have many trophies that he won at the various lakes in the southwestern part of the country.   As of an early experience, my Dad had his picture published in the Oklahoma Times newspaper in 1933.  He built a rather crude raft from scratch which he and a friend sank at the Belle Isle Lake in OKC.  They are pictured with mud covering them and wearing big smiles as the joke photo of the day.  As of a lack of archives of the Oklahoma Times I cannot show you the image but my sister has the newspaper picture.

While at Classen, my Dad was friends with the actor Dale Robertson’s brother Chester. I have seen pictures that my Dad took of a young Dale while he was at Classen. Again, I do not have the photos as of my sister.  My Dad said Dale was a little young to be friends with but Chester was one of his ‘best’ friends.  Classen was noted for Robertson and fellow actor Van Heflin who also attended the school.

Playing football at Classen, my Dad was one of the better players and looking back at some sports articles in the Daily Oklahoman, the coach said that “Pahlke” would be switched from halfback to fullback as he wanted to run over defenders and not around them. I also found that my Dad had some significant kickoff returns as he was considered the best kickoff/punt returner on the team.  In basketball, he started his senior year and as of his abilities in both sports, was given a scholarship to play both sports at Centenary College in Shreveport, La.  As already posted in an earlier page, his college career was cut short as he entered the Army after his freshman year.

At Classen, I followed my Dad as the ‘sports editor” for the Classen Life school paper, and also was in charge of selling advertising for the paper.  I was able to write all the stories in the sports section and my teacher was excellent in allowing me to put in commentary/opinion when I wanted.  Thank you Mrs. Cameron.

My education, as was my Dad’s at Classen, was complete, allowing me to enter college and be successful at a highly regarded university.  Classen High School was a great place to go, and I am still friends with many of those that also attended with me at the school on North Ellison.

All photos from the 1939 Classen ORBIT yearbook 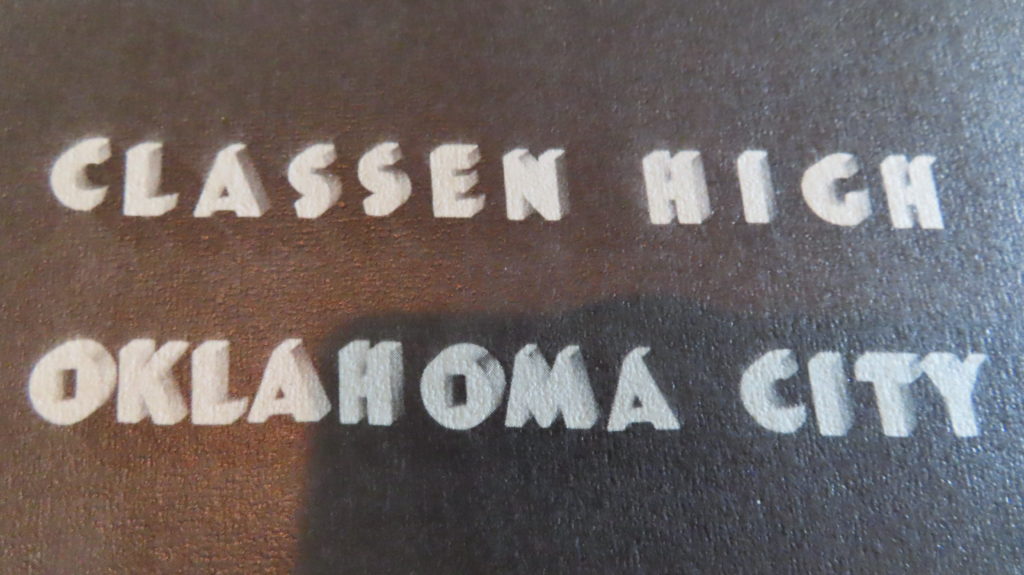