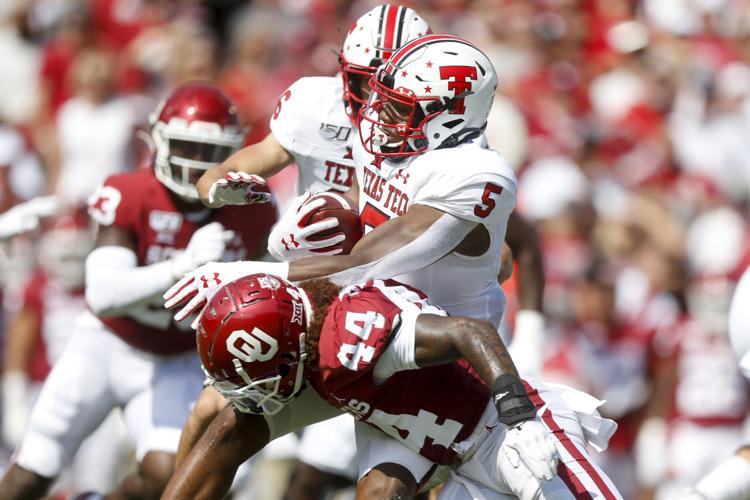 Oklahoma defensive back Brendan Radley-Hiles tackles Texas Tech running back Armand Shyne on Saturday. The Red Raiders were only 1-of-14 on third-down conversions against the OU defense. IAN MAULE/Tulsa World

Oklahoma is the best team in the Big Twelve Conference currently.  But I have Ohio State as the best team in the country going into this weeks games.  Both OU and the Buckeyes are playing great football and have showed that even with the big three of LSU, Alabama, and Georgia in the SEC, and the defending national champ Clemson in the ACC, those two are going to be a player for the four spots in the Playoffs of 2019.    After all is said and done, my Final Four prediction on Tuesday, Oct 1, 2019 is as follows:

Ohio State vs Alabama and Oklahoma vs LSU with the winners in the title game in New Orleans a week later.  On the outside looking in are Georgia and Clemson.  The others still with hopes are Auburn, Penn State and Wisconsin. 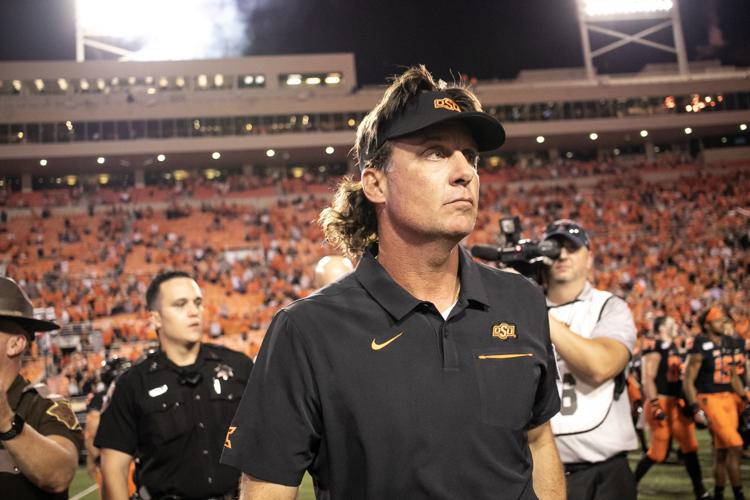 OU 66 at Kansas 20-the Sooners will not slack up with Texas upcoming in a week.  Sooners can name the score and Kansas cannot do anything about it.

OSU 55 at Texas Tech 24-the Pokes will push the Red Raiders around in Lubbock.  Look for Cubba Hubbard to go over 200 yards again and Spencer Sanders having another positive start at quarterback.

Iowa State 24 and TCU 20-finally a good win for the Cyclones.  It will be close but neither team has much of an advantage on the other.  Quarterback Purdy has been a disappointment and this game will put him back on track.

Baylor 27 at Kansas State 24-the Bears continue to win and KSU finds another loss in the Little Apple.

Texas 34 at West Virginia 24-the Horns should win but this one could be a close game and a possible upset for the Mountaineers. That would not surprise me. 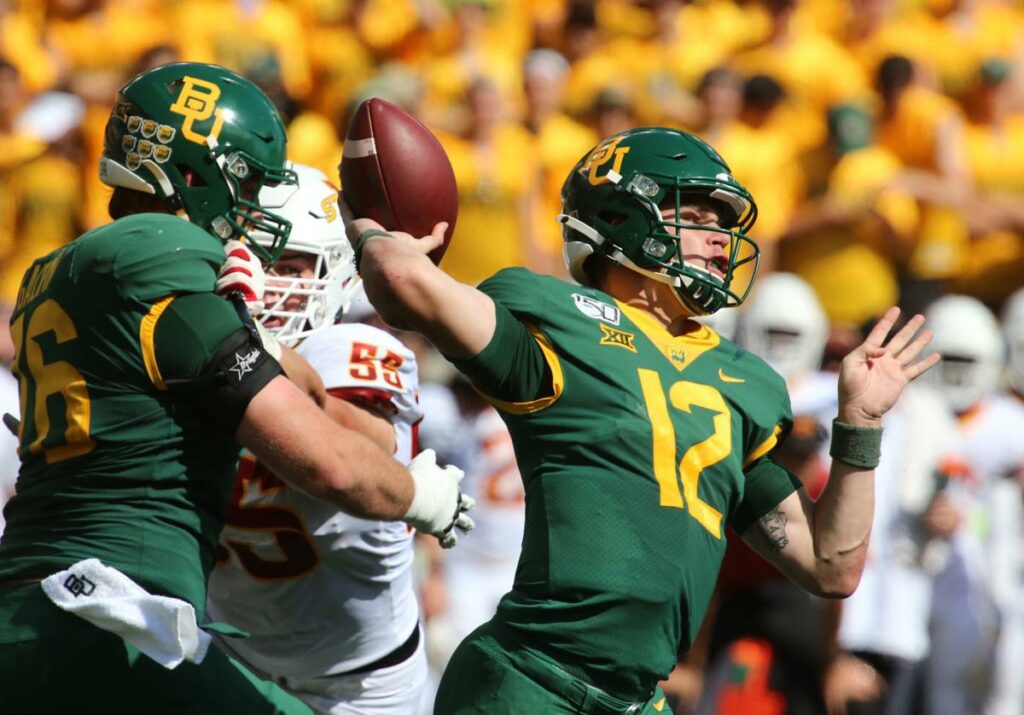 2 Responses to “Best in Big Twelve? Oklahoma…..Best in the country?… Weekly predictions…Auburn or Florida?”