The NCAA is at a crossroads 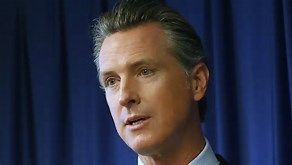 With California governor Gavan Newsom signing a bill to allow college athletes to hire agents and make money from endorsements, the first of its kind, threatens the business model of college sports. The NCAA is now at a crossroads and changes in that model will take place in the next couple of years. The effects of the bill go into effect in 2023. The NCAA could file a lawsuit seeking to delay the law or have a higher court overrule it entirely.

The Pac-12 also issued a statement (h/t Nicole Auerbach of The Athletic), saying it was “disappointed” in the passage of the bill, adding it believes the legislation will “have very significant consequences for our student-athletes and broader universities in California.” We will work with our universities to determine next steps and ensure continuing support for our student-athletes,” the conference added. Further, the Pacific-12 Conference, which participates in NCAA tournaments, said the bill will lead to the “professionalization of college sports” and will negatively impact how universities recruit student athletes.

One way to avoid a fracture of the NCAA would be national legislation which would regulate the universities and their relationships with the players. Bills have also been introduced two other states which copy the bill in California. As this issue metastasizes, it’s possible other state bills will create pressure for Congress in Washington DC to make nationwide law would avoid the potential for certain states to write legislation that give some student-athletes an advantage over others. As of the current state of affairs in our Federal government, good luck with that.

In a statement Monday, the NCAA said that the bill unfairly side-steps its rule-making process and will lead to confusion on a national level.

“As more states consider their own specific legislation related to this topic, it is clear that a patchwork of different laws from different states will make unattainable the goal of providing a fair and level playing field for 1,100 campuses and nearly half a million student-athletes nationwide,” the NCAA said.

The Indiana-based organization has not said if it would bar California schools from participating in its tournaments in response to the bill, which it has called unconstitutional.  That banning is a strong possibility in the future.  Time frame is not known.

Governor Newsom told reporters today that he doesn’t believe the NCAA will take such action of banning the California schools.

“The bigger problem for the NCAA is public opinion. The public is way ahead of them on this and won’t stand for it any longer,” Newsom said. “The NCAA can’t afford to lose California. The economic consequences would be profound and, further, I don’t think they have a legal right to do that,” he continued.

Newsom previously signed AB 1518, allowing student athletes to hire an agent without jeopardizing their status on campus, and AB 1573, which bars institutions from retaliating against student athletes who file civil rights complaints.   SB 206 takes effect in 2023.

It is of my opinion that schools such as Ohio State of the Big Ten will use their power to exclude the California schools from the NCAA. Buckeye administrators in Columbus support the exclusion on these “outlaw” schools and that would mean a total new look for college athletics.  As this law DOES impact the recruiting of future athletes in the NCAA, the California schools could be taken out of the NCAA in a shorter time than many think.  I suspect the shit will hit the fan within months sports fans.