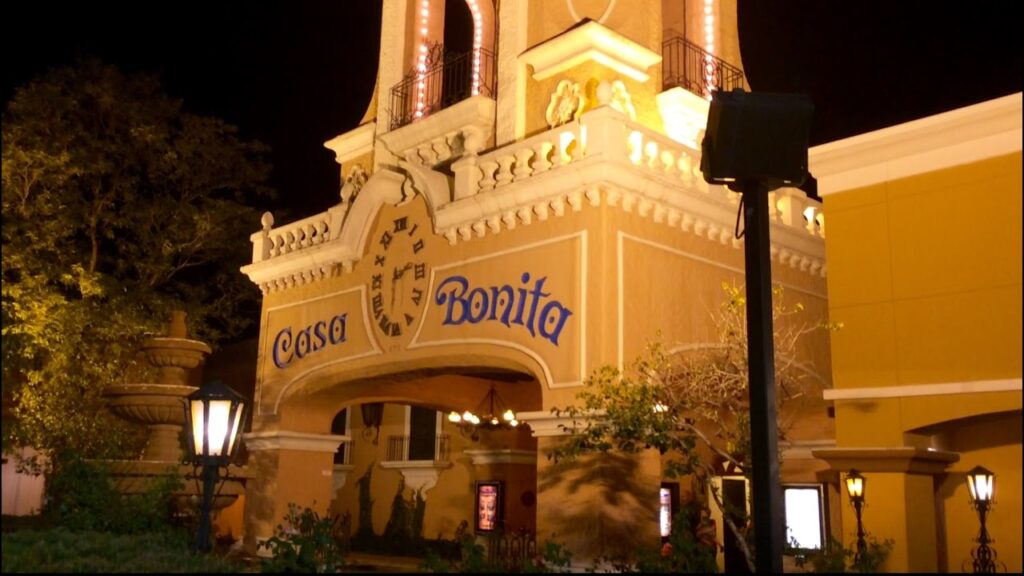 Growing up in Oklahoma City, I had my personal Casa Bonita Restaurant to visit, on NW 39th and Portland.  Eating Tex-Mex or really any form of Latin, Mexican, or south of the border is a big fricken deal for me and my family.  Casa Bonita was a big fricken deal for me in OKC.  The original stores that have morphed into the Taco Bueno chain, were started in Oklahoma but the grand daddy of the Casa Bonita chain was the one in West Denver, Lakewood if you want to be correct, on Colfax Avenue.   Fact of the matter, this Denver location was the largest serving restaurant in America, with as many as 1500 eating on a good Saturday night.  The place was fun for all, with a stage, various games for kids to play, different parts of the place to eat such as a grand dining room or a cave, and true cliff divers doing their thing from the tall top of the inner building into a pool of water 30 feet below.  It was the place to spend an evening in the Mile High City.  By the way, the food was also good if you like that sort of Tex-Mex. And their sopaipillas  were the best in the country. 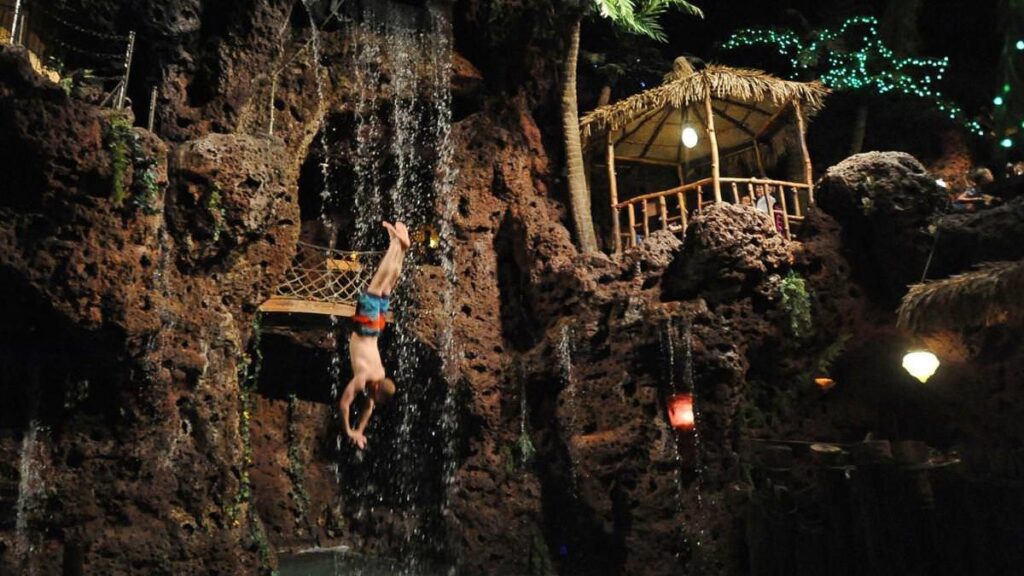 On my honeymoon in the summer of 1978 my new wife and I traveled through Denver and we ate at Casa Bonita for the first time as a married couple.  It was her first time to visit this nationally recognized place and my second time.  Remembering the experience for this visit was not memorable as of being in love at the time.  As a couple with kids, we had dinner at this Casa Bonita every time we traveled to Colorado on vacation or to view a sporting event. The number of visits had to be over 15 to the best of my calculations. 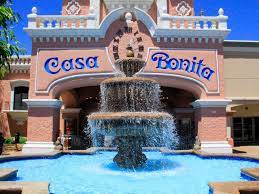 The visit I remember the most was the night we had to stand in line for over almost two hours as the line was completely down the sidewalk of the strip mall where it is located. Once in, another forty minutes as the line twisted and turned to where you could order your all-you-can-eat food.  Once the food hit our table, we had spent over two hours in waiting, with kids ages ten and four.  Exhausted from the wait, I told my wife and kids that I could not feel my legs and thought I was having some sort of medical emergency.  I was sitting at my table, looking at the food, wondering if I was dying. It had been a hot day in Denver and standing in line outside on concrete for over an hour was not good.  The bad feeling in my legs passed a few minutes later and the dinner was eaten. That visit scared me.  Never again would I stand in line for an hour for food was the oath I took that night.

Casa Bonita, closed since the pandemic in 2020, shut it’s doors for good with a bankruptcy this week.  I can understand this as for the life of this physical restaurant, it never changed but for a fresh coat of paint every five or so years.  Walking back into the place in late 2019 was walking back into time like it was 1980.

Sports fans, the run in Denver is over…RIP Casa Bonita.

2 Responses to “A favorite eatery closes…it was time….Casa Bonita was unique…”