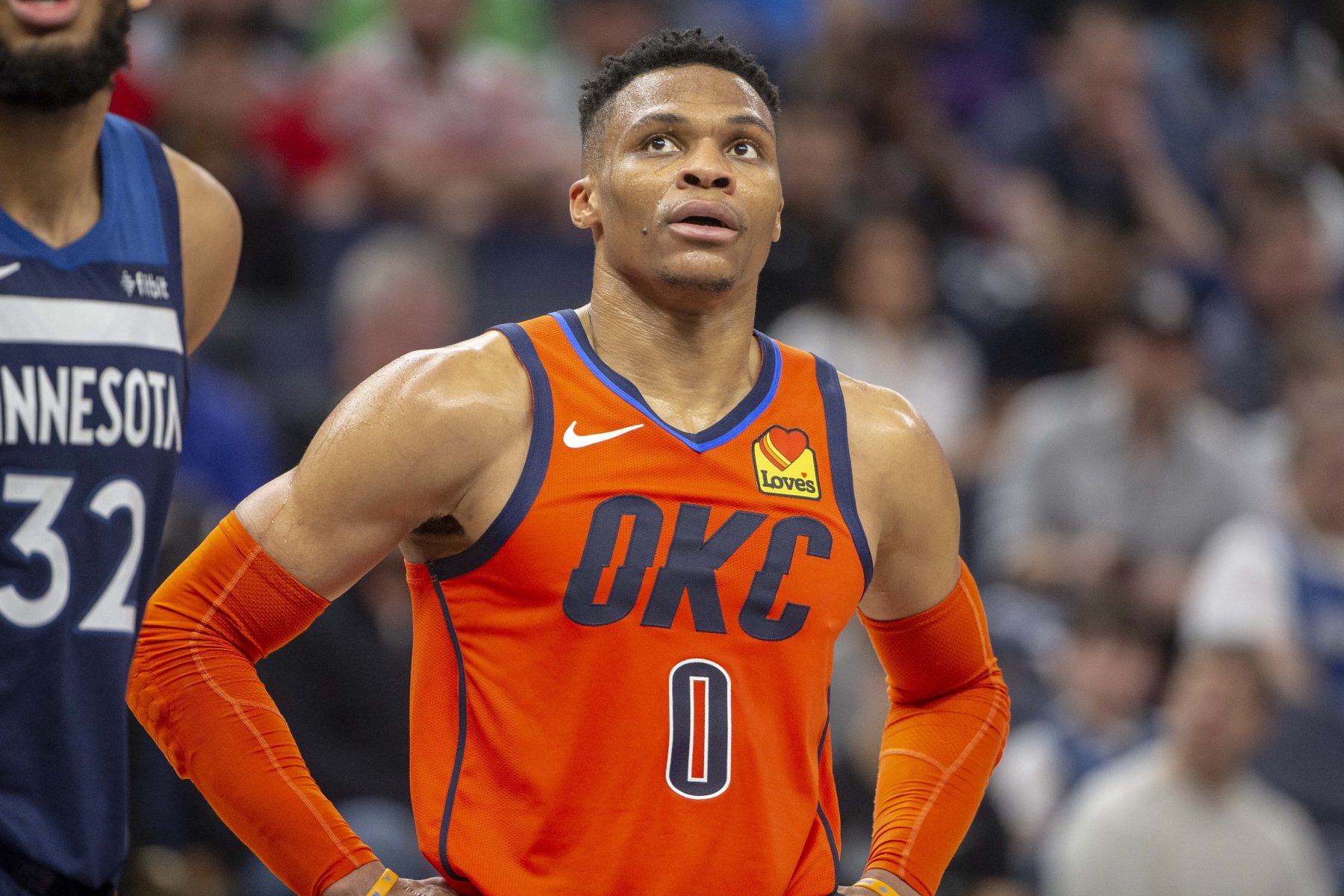 Russell Westbrook, the stat machine of the NBA, made one critical mistake in his professional career that he will, in time, regret and wonder what if.  At the end of the 2018-2019 season Westbrook asked Oklahoma City Thunder General Manager Sam Presti for a trade from the team on Reno Street.   Mr. Presti accommodated the wunderkind with a move to Houston and the most famous “0” would get his wish to play with former teammate James Harden.  A possible Larry O’Brien Trophy could be earned for the two as Westbrook thought he would have little chance to do so in OKC after the Paul George/Russell Westbrook duo could not get it done on the South Plains.  That wish granted has mucked up Westbrook’s career, both as a current ball player in the league and how history will look upon him after the man hangs up his sneakers at the closure of his career.

In the middle of his years in OKC, the great Kobe Bryant was in town with his Los Angeles Lakers and the day before the game Russell had a dinner with the star from the west coast.  Bryant, who was the first big time player to give accolades to Russell and Kevin Durant and the Thunder in the first playoff series between the two teams, discussed the pros and cons of staying with one team for the career of a player.  Bryant, who played every NBA game as a Laker, must have sold Russell on moving to another franchise if needed to win a title.  Westbrook must have listened, and agreed, and by the summer of 2019 that time had come.

As we know, Westbrook’s move to play with Harden ended badly.  A trade to Washington to play with former Thunder coach Scott Brooks after one season in Houston has also not been kind to Russell. What Russell has become in the league is a high priced veteran that is playing out a career that is being critiqued as a player only concerned with padding his statistics.  His the Wizards are a terrible team going absolutely nowhere in the the league with regard to championships.

What is sad is that I do not believe that Sam Presti would have ever traded Westbrook without his approval.  Westbrook would have been the face of the Thunder for as long as the franchise was in OKC.  A statue of him would stand in front of the Chesapeake Energy Arena in time.  Always loved by the fans in OKC, Westbrook turned down a future of glory.  That is mostly gone today.  Yes, his number will be retired and hang in the rafters of the arena in OKC.  Yes, he is still the man right now in OKC, historically speaking.  Shai, you have your opportunity I might add. Yes, you are that good in my opinion.  But the legacy for Russell Westbrook has diminished in the city and he can expect NO statue.  Russell’s move was not good for him.  It was a game changer on how YOUR OKC fans see you in the light.   It was your choice Mr. Westbrook.