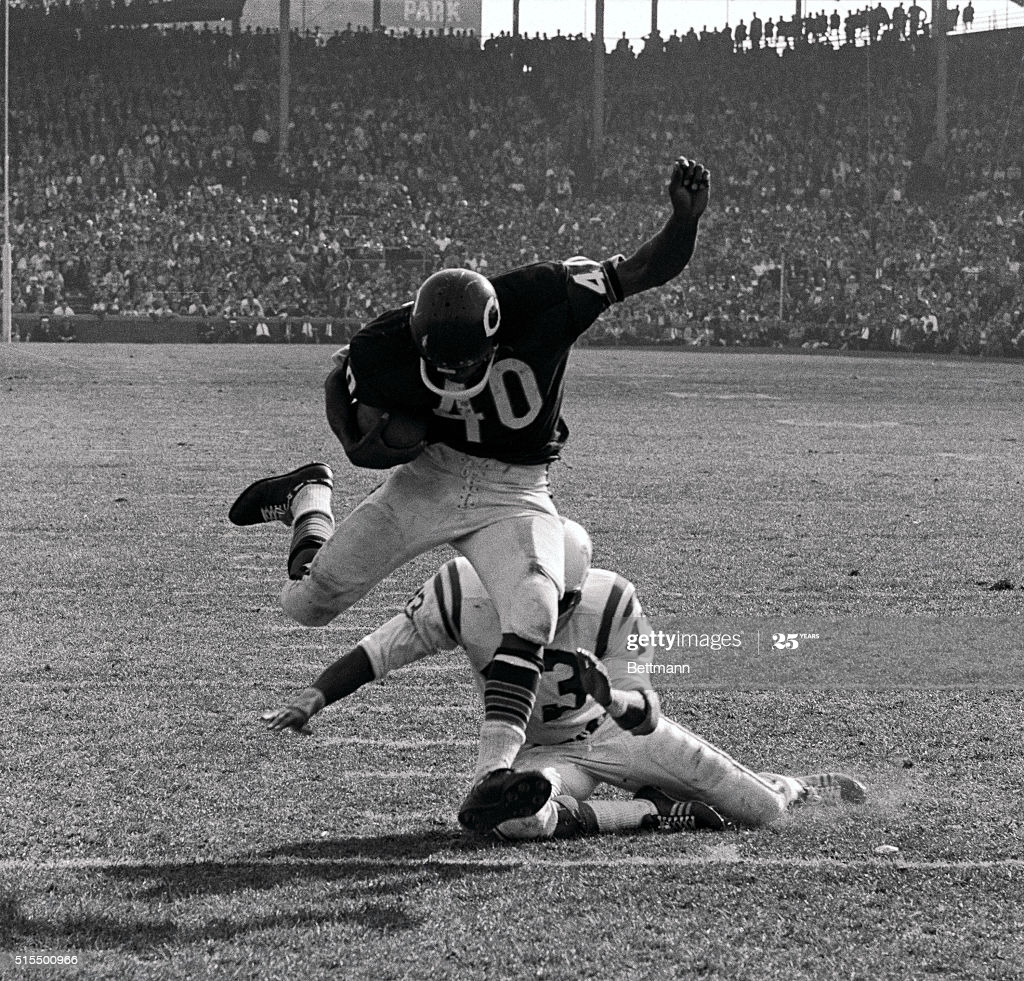 SAYERS WAS THE GOAT OF ELUSIVE BACKS…..BET YOUR LIFE ON IT 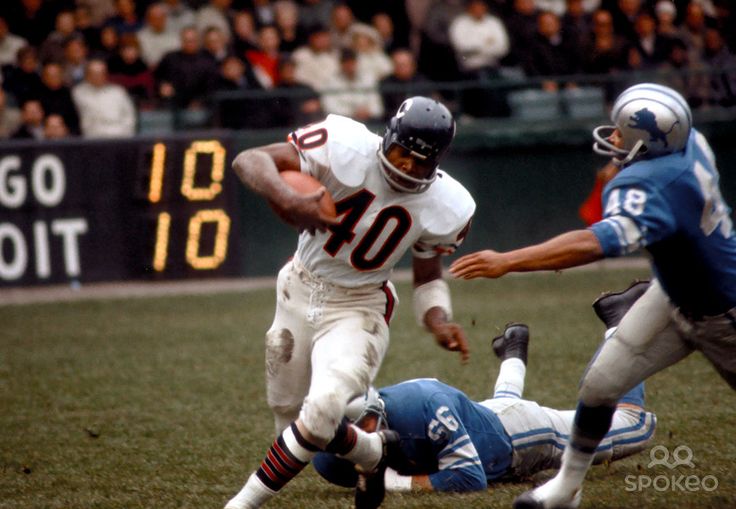 Jim Brown……Barry Sanders……..and there was a man named GAYLE SAYERS, from Kansas.  I was the lucky man that was able to view Gayle Sayers in person on a football field playing his position of running back and his specialty of returning kickoffs and punts.  I was blessed to watch him on TV playing with my 2nd favorite team, the Chicago Bears. 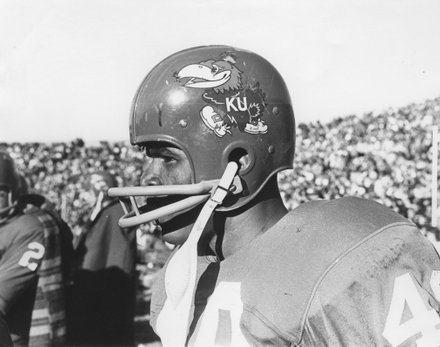 In my lifetime, I would rank Mr. Sayers with tho greats that I mentioned above. And as for the history of professional football, the same.

Sayers was the second greatest back of the time he was in the NFL in the 1960’s.  He had the greatest moves in NFL history this side of Barry.  In ranking the all-time greatest runners of my early years (1950-1990) I have him third, just behind Brown and Sanders.  Sayers played seven seasons, two in which he was hurt with severe injuries.  Give me Sayers during his time and you had all you needed.  The youngest man to be voted into the NFL Hall-of-Fame, Sayers was a generational player.  So was Brown. So was Sanders.

Sad that the man who loved Brian Piccolo is gone but not sorry as they are reunited in Heaven.

2 Responses to “Gayle was Jim and Barry’s equal on the gridiron……Dead at 77 is the great Sayers from KU…..”