Featured, Fred's Movie First Take, From the Past, Latest 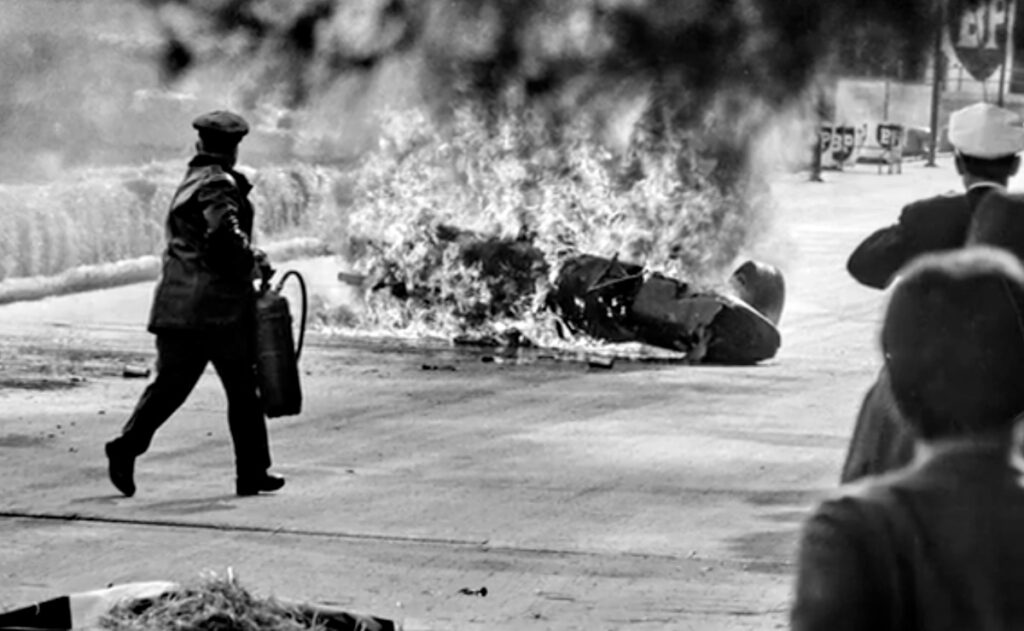 Disclaimer: I love motor sports (from an early age-6 years old) but the least of that love would have been the sport of the 24 hour/12 hour races of Le Mans, Sebring, and Daytona. 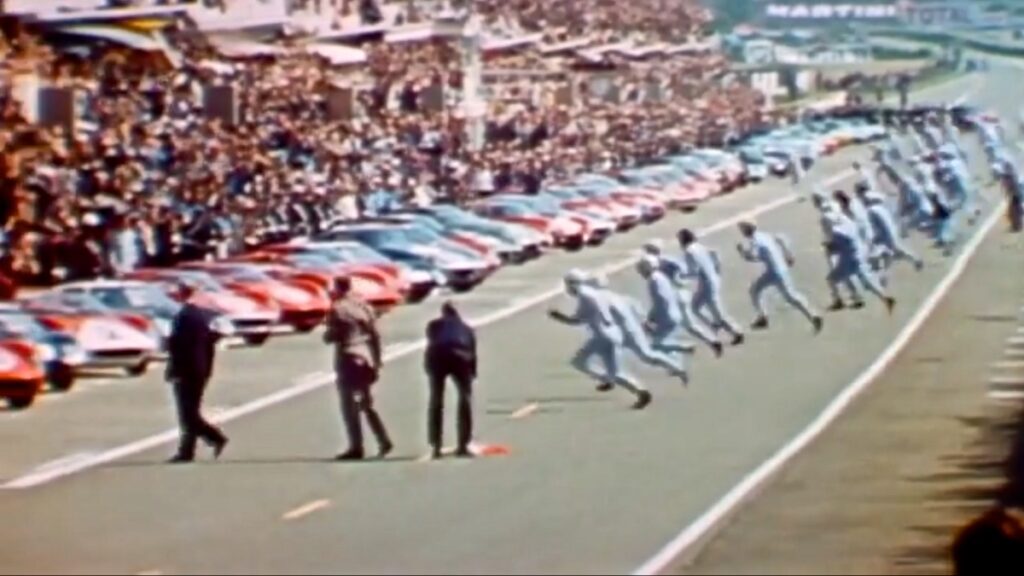 The crossover of the drivers that drove race cars in the 60’s on the various racing platforms such as the Indy, NASCAR. and even local stock car tracks brought me to this documentary with a knowledge that gave me the heartfelt feelings I have for this wonderful experience viewing “The 24 Hour War.”

A complete look at the Ford vs Ferrari battle of the 60’s, with the history behind it to set the stage for one hell of a ride. As directed by Adam Carolla and Nate Adams, we have two guys that are into motor sports, the cars, the drivers, the history.

In this film, Carolla and Adams bring to life the battle between the little but exquisite car maker from Italy, Ferrari, and the large cooperate auto maker from the United States, the Ford Motor Company, Detroit, Michigan. In reality, the best auto maker in the world with regard to technology of the time in Ferrari verses a car maker that within 90 days of decision to race, challenges for the greatest spectacle in racing (with respect to the Indianapolis 500), the 24 hours of Le Mans.

The doc is put together with a background of the men who made these two car builders, their motivations and actions that led to the battles at Le Mans 24 hour endurance race in France. Included are personal interviews by principals of the companies, including the car builders and CEO’s, And the historic words of the drivers, in flesh and blood as older men.  The men that drove cars who put their lives on the line each time they sat down in a car to battle at speeds of 200mph or more. Driving speed bombs, full of fuel, some without seat belts, with a one in three chance to being killed in their profession, in an accident, more likely to burn to death than of anything else. We have the ultimate sport of man against the “grim reaper”. Why in hell did the drivers not have seat belts in 1965, often a drivers option? Well, the Dan Gurneys, Mario Andretti’s, Lloyd Ruby’s and Ken Miles would rather have a chance to exit a wrecked car than to be in a burning heap of auto fiddling with a seat belt apparatus trying to get out.

This is a the real deal and thank you Mr. Carolla and Mr. Adams and your producers. A perfect match with the new flick “Ford vs Ferrari”. See them both. Currently on Netflix.

Featured, Fred's Movie First Take, From the Past, Latest

One Response to “Movie Review: The 24 Hour War”