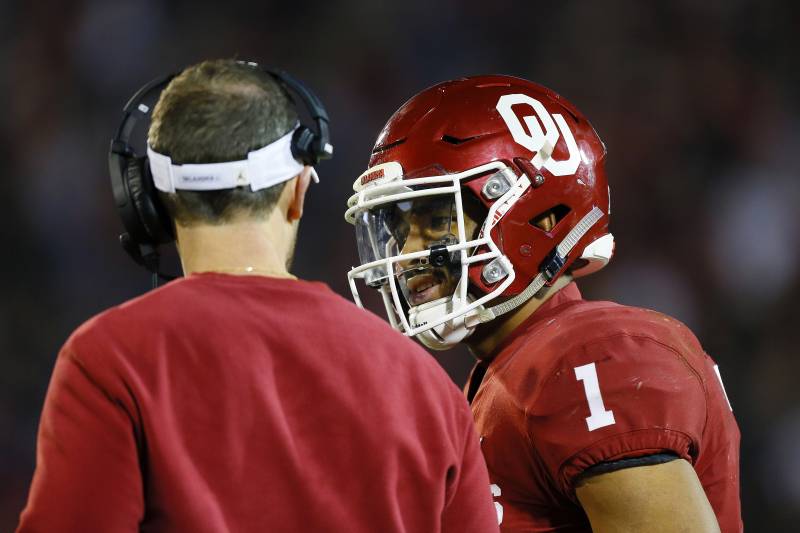 “He’s an outstanding runner, first and foremost. He can run, both in terms of keeping plays alive, first in the conference in passing, and they do a lot of play-action. He’s able to move around and keep plays extended. … So they present a lot of challenges and a lot of that is a credit to him. He’s a great runner, has great vision, he’s accurate — he can do it in a multitude of ways.”

Saturday night in Waco the Big Twelve will see if the Baylor Bears are really good or just an opportunistic and somewhat lucky team for this 2019 football season.  With the high powered Oklahoma Sooners taking the short 270 mile trip down I-35 to the land of the Brazos River, Baylor will need to do what no other team on the Big Red’s schedule has yet to accomplish.  That is keeping a handle on Jalen Hurts, Sooner quarterback, and his cohorts from running up a huge number on the scoreboard.  Besides getting a grip on Hurts and company, the Bears will need to show that their offense can keep up, scoring touchdowns and not settling for field goals.  Plus, can OU’s defense find a way to get back to making the opponents punt and not run and pass roughshod over them as the previous two foes, Kansas State and Iowa State have done.  Both OU and Baylor come into this Big Twelve showdown with strengths that the other will have to deal with, and we can expect a rather high scoring exciting contest by the two best teams in the conference.  For Sooner fans, if you expect a Sooner blow-out, I think you might re-examine your expectation. This will be a close game and either team can win.

A rematch could be in the offering in December so Saturday’s game will just wet Big Twelve fans mouths. And as in the beginning of this article, BU has to stop Jalen Hurts to have a chance to win.  The Sooners could get 60 if the Bears are not on their game defensively.   Final Score:  Baylor 45 and OU 44.

Other Big Twelve contests for the week:

TCU goes to Lubbock and wins.  Toads 31 and Red Raiders 24

Oklahoma State hosts Les Miles in his return to Stillwater and get the win. Chuba Hubbard runs up and down on the Jayhawks.  Pokes 56 and Kansas 28

Iowa State has the Texas Longhorns in Ames and this is another game that could go either way.  I have Texas in this one.  Horns 28 and Cyclones 27

Kansas State gets back into the win column with a home contest with West Virginia. The Wildcat defense comes up big.  K-State 38 and Mountaineers 29. 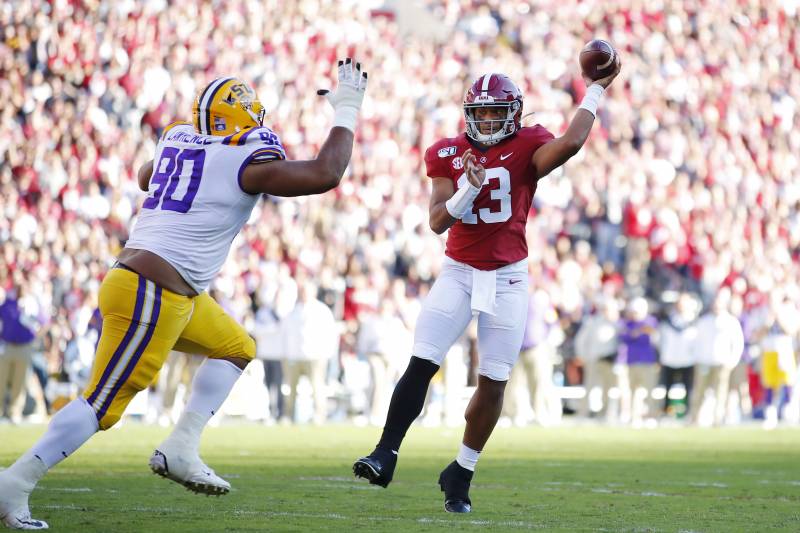 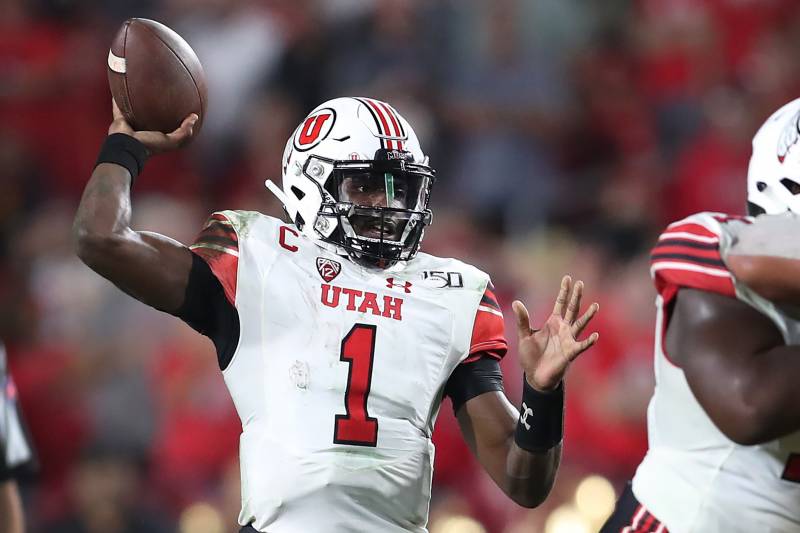 National Predictions for the week: 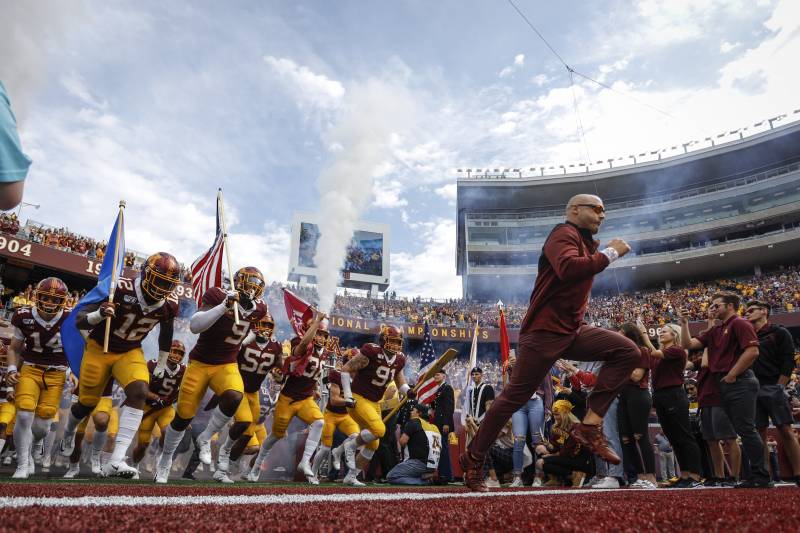 All other photo credits:  Getty Images

One Response to “OU and Baylor in Waco: high scoring and close; Rankings and predictions;”