Cyclones and Red Raiders still in the race too!

There is a three team race for the two spots that are available for the Big Twelve Championship game in Jerry’s World in early December.  With the upset of the Texas Longhorns Saturday night in Stillwater by Oklahoma State, the Horns, along with Oklahoma and West Virginia are all supporting 4-1 conference records.  Iowa State and Texas Tech bring up the next two in the standings with 3-2 records and a slight outside change of playing the title game.  OSU’s win was Texas’s first conference loss.

Significant games upcoming Saturday, with West Virginia going to Austin this Saturday to play the Horns in DKR; and OU to Lubbock to play Tech in the other primary game of the weekend, the Big Twelve is an open race for the title game.

Recap of the weekend games:

Oklahoma destroyed Kansas State 52-14 as the defense showed up for Lincoln Riley and defensive coordinator Ruffin McNeil.  McNeil has had a positive influence on the defense the past two games and playing some of the youthful defenders is proving effective. As usual, Kyler Murray was flawless as the offense had a plus 700 yard game as both the running and passing was overpowering to the Wildcats.  OU continues to look the part as a Top team nationally.  As for KSU’s 79 year old head coach, Bill Snyder, the clock is ticking and how much longer will the old man stay in his position? 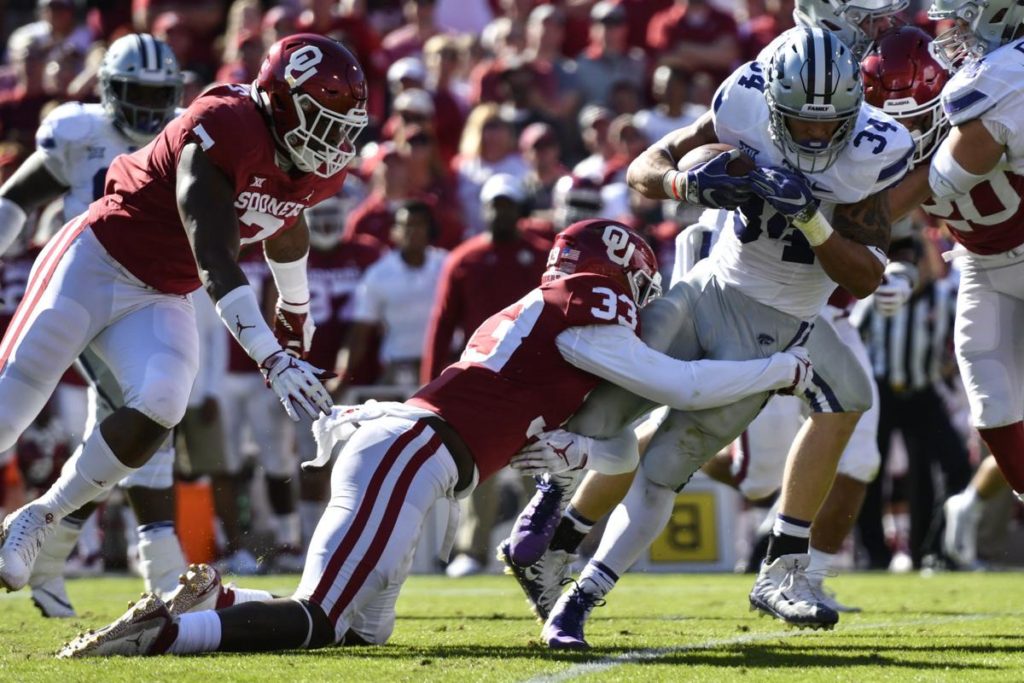 OU and Kansas State in Norman OK. Photo credit below.

Oklahoma State got out of it’s funk with a surprising 38-35 win over Texas.  The Cowboys quarterback Taylor Cornelius accounted for five scores, three touchdown passes and two running scores as Texas played a terrible first half.  It was a loss that tells the world that UT is not a world beater.

Texas Tech’s trip to Ames to play the Cyclones was not good for the Red Raiders.  Iowa State held on to win a turnover, mistake prone game by both sides, 40-31.  Another nice game for Iowa State and a tough loss for Kliff Kingsbury and the men from the South Planes.

TCU folded in a shocking loss to Kansas in Lawrence, 27-26.  KU has three wins this season and their first Big Twelve win since the Texas game two years ago.

West Virginia looked sharp in 58-14 win over Baylor, getting back on the rails after their loss to Iowa State just a week ago.

Oklahoma 56 at Texas Tech 35-Do not see Tech slowing down the Kyler Murray train.  It will be a rowdy atmosphere and if Tech can have great success on defense in the first quarter they might make it a fourth quarter shootout.  Even if that happens, OU still has the bigger and more numerous guns.

West Virginia will beat Texas in DKR.  Look for much success for the Mountaineers as Will Grier will light the Horns secondary up.  It will not be close.  West Virginia 42 and Texas 24.

Kansas comes back to earth as Iowa State finally gets a game against inferior competition.  Cyclones 49 and Kansas 14.

Baylor hosts Oklahoma State and the Pokes have their grove back. OSU wins here 41 to 28.  “Corndog” and his running backs will chew up that Baylor defense.  Not close.

Kansas State and TCU play in Fort Worth in a game that both teams need to recover from bad loses.  I like KSU here as TCU will not turn out much of a crowd in this home game.  Look for KSU to run the ball.  Wildcats win 28-17.

Alabama and Notre Dame  to lose this weekend 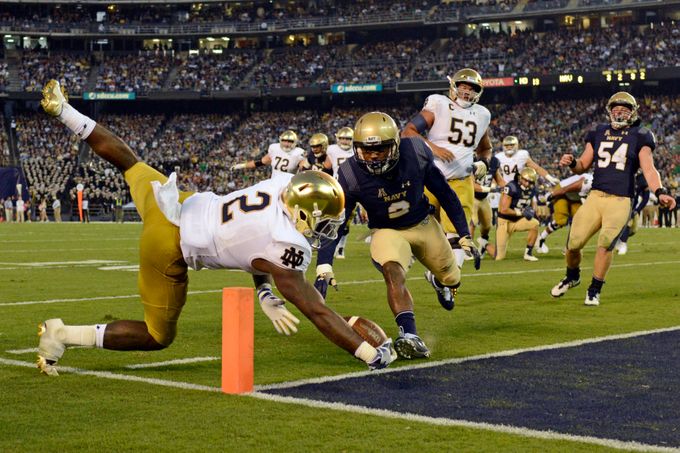 Univ. of Central Florida 37 and Temple 14