COMMETARY FROM A SEASON TICKET HOLDER FROM DAY ONE, SEASON ONE

Tonight’s game between the Oklahoma City Thunder and the Boston Celtics is not just another game in the Association. It is a contest that could lead to significant changes for the Thunder, in personnel on and off the court.

A fourth straight loss for OKC to open the 2018-19 season is not in anyway good for this franchise, and it fact, might be just another game that will not be overlooked by the franchise’s big daddy Clay Bennett, primary owner of this team located on the South Plains.

Losing four straight games that could morph into a possible six game skid (with two more home games following) tells the NBA world that OKC, with the second most expensive payroll, has missed the mark in it’s latest acquisitions of players to make this team a contender for league honors.

With a loss tonight, with following home meetings with the Phoenix Suns and the Los Angeles Clippers, not guaranteed wins,  how can Bennett justify an 0-6 start with four of those games in the Chesapeake Energy on Reno Street. Jumping the gun on a 0-6 start?  Maybe.  Yes, OKC will have an advantage with those two following the Celtics game, but the easy win by the Sacramento Kings Sunday night over the Thunder is an example that this “top” team in the league, not just in the West, has serious issues.  OKC might not be what most thought they would be just a week ago.

Winning games is not easy in the Association but a losing streak at the start of a season cannot be overlooked.  OKC has to start winning and now, tonight, against the Celtics.

What is wrong with this team is not hard to figure out.  Lack of shooting for a team that is jacking up anywhere from 30, 35, or 40 three pointers a game is not an issue if you hit a league average of these shots. OKC is not making their shots and are last in the league in shooting, period.  This team cannot hit the side of the barn. And that IS an issue.

It is not bad shooting for OKC. “Bad” is not the word.  “Extremely awful” would be more like it.  That might not be fixable if the players continue to jack up shots as they are shots that good shooters will make.  They are just not dropping for this team.  That is a sign that OKC is loaded with players that have issues with shooting.

In a league of “making shots”, OKC is lacking. Missing shots is never good and OKC is into “L’s” with their shooting percentage.

What can Billy Donovan do to stop the flood of poor shooting?  That might be the million dollar question.

This team is also way below the Mason-Dixon Line in shooting uncontested free throws. They cannot shot ungraded shots and that is a killer.  Giving away point at the foul line is a blue print for losing.  Terrible foul shooting does this team in.

Coach Billy Donovan cannot “make’ his players hit the basket.  He does not control that aspect of the game.  For him, that is a Sam Presti problem. Presti signed these players. He is the responsible person here.  Abe Lemons, the wonderful college coach once told me in class that you can never have enough shooters on a team. Well, OKC is a team that does not have enough shooters. Hell, OKC does not have one great shooter. Not a single one.

It seems that OKC is running into teams that are doing just the opposite making shots….the Clippers, the Kings, and as expected, the Warriors, are making their shots.  For one reason or another, getting outshot, by percentage, lends to losing.

Defensive mistakes, missed assignments, leaving players open to uncontested shots, all over the court, is becoming the norm for OKC and it might be a combination of lack of effort and lack of mental awareness.  The Coach has to take responsibility for that.

Donovan might know his personnel, but he has given assignments and playing time to a couple of players that are just not getting it done on the floor.  And everyone in the arena sees it.  We can give names here, but look at the game statistics and you know who these players are.  If you watch the game, these players are exposed to everyone.  Excuses will not cut the mustard.  These players are not for winning basketball for one reason or another.  And if things are not corrected quickly, the losses will mount up and you can kiss this year goodbye.

Look for the effort to be on the high end tonight. That might not make a difference. Shooting threes and missing, allowing the Celtics, a deep team, to do what they want on offense, lend to a home loss, maybe a home blow-out tonight.  But then again, this is the NBA and every team can win on any given night.

The fact is that the Thunder better get this fixed and fast. Everybody associated with the final product being fed to the fans from this franchise can take ownership.  OKC’s fans will be patient.  But there is a limit.  The boo birds are gathering inside the Peak, and General Manager Sam Presti and Head Coach Billy Donovan better take note.

Changes can, and will be made if things do not change. A team at this level can lose on the court and not break the bank with their payroll.  OKC’s payroll is out there with the “best” of the league.

Nut cutting time is here sooner than later. That is how I see it sports fans. 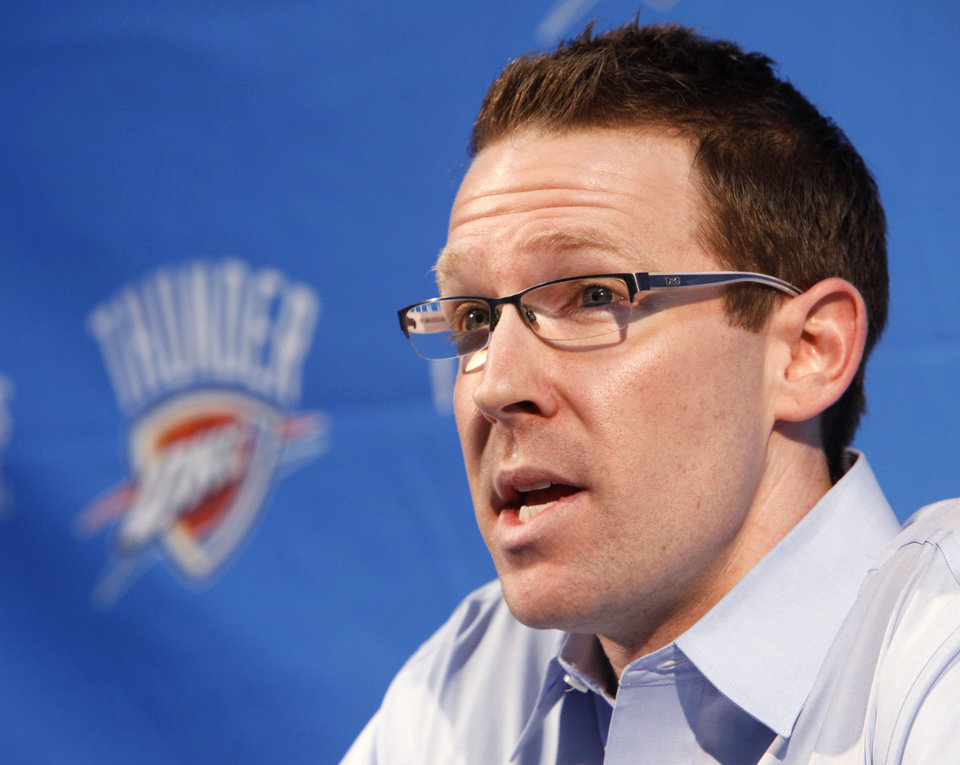 One Response to “Thunder on cusp of changes? Time is short for this team. Excuses for losing not acceptable…”