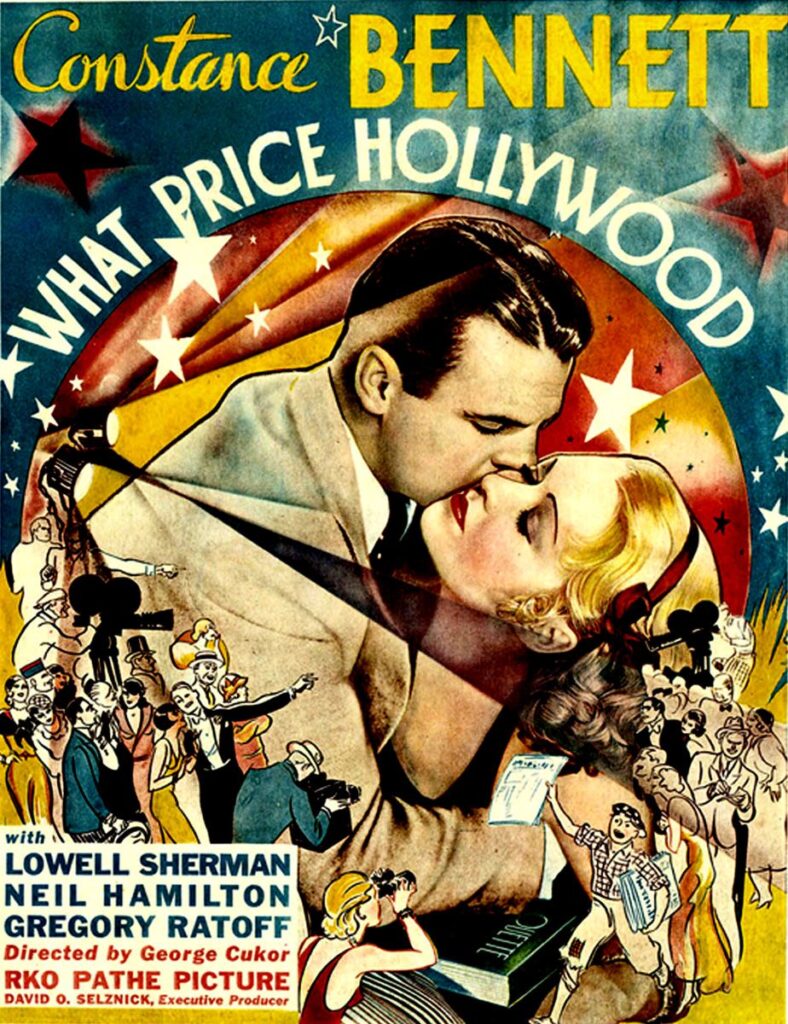 Remember that this flick was made in the early days of talkies.  It was the time of the depression.  It was made in the morals of that era, a different time and place.  Or was it with the way Hollywood is today?  Some today think that what is shown is not appropriate for a filmmaker to display on the silver screen as of the political crap of the “woke” idiots of the industry.  For all those reasons, and to those that do not like the ins and outs of Hollywood during that time of its existence, well, this film might not be for you.  In other words, you are just too woke, so move on please and drop your pretentious agendas.   This film is not of today but on another time and place in Hollywood.  No, not a fairy tale, so it is not a “ONCE UPON A TIME” Quentin Terantino flick.  But it does deliver, Cukor style.

George Cukor has made a really intriguing film that examines stardom in in the movie business, back when studios owned their actors.   His film,  showing his early competence as a director (Oscar winner for MY FAIR LADY 30 years later), allowed the trio of lead actors in this three-piece to display their best in a proficient way.

I liked the film, better at the first, not so much in the middle, but bringing back the energy at the end, good enough.  We are never led by the script and Cukor gives us some surprises, not all good but not all bad.

Constance Bennett is a dish in this one, and I could imagine seeing her as a star today with “her look.” She is a better looking and sexier Meg Ryan of twenty years ago, and I am sure a head turner of her day. No problem understanding she was the leading female star for a short time as she could act while being very sexy and attractive.  She was hot in other words.  A rather petite and slender woman on the screen, the costume director put her in some of the best pre-code clothes that were more suggestive than much of what we see today in near nude skimps.  Lowell Sherman playing the part of Max Carey, gives a moving performance a movie director who can’t put down the drink and his “drunkard” demise is very tragic.  He was a better actor than his second profession in the business, directing films later in his career.  I think of him as a lessor known William Powell clone, but he gives a very strong performance here. It is every bit as good as Bennett, who plays the young actress Mary Evers, whom he discovers early in the film. The husband, played by Neil Hamilton is the third fiddle and his relationship with Bennett is also note worthy.  The “dinner” set piece is a classic scene of what other movie makers have tried to film, with Cukor’s take a fine blue print on the absurb.  I am sure their are many that did not take to the “kidnapping, roughhouse, and domination of Mary by the future husband, but it works.  The best scene in the movie.

A film that should be viewed by those that love the cinema.  Forget the present and enjoy the past and let the woke be gone.   I had a good time with this one.