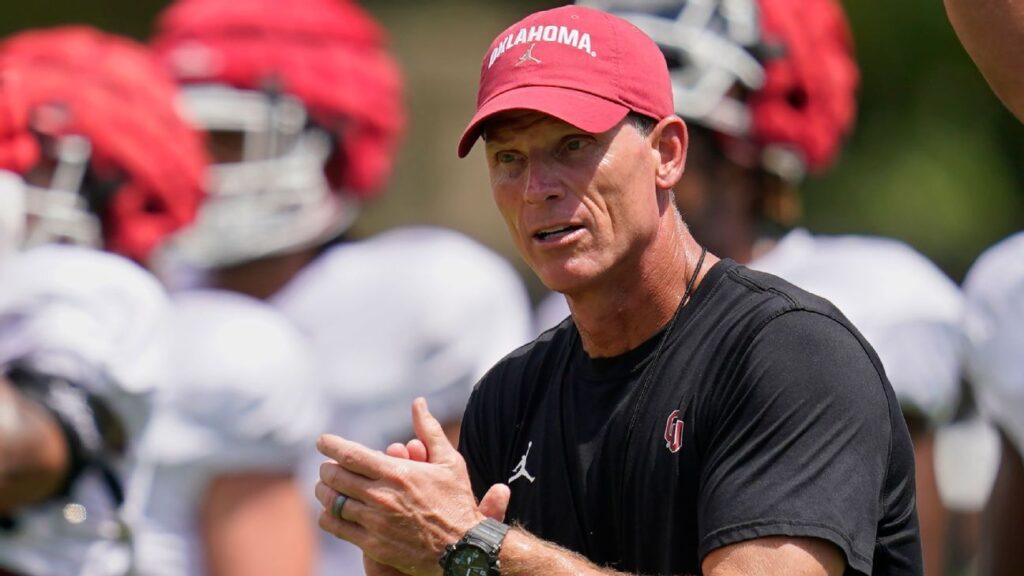 With the coaching change from Lincoln Riley to Brent Venables, the Oklahoma football program is undergoing a change in culture  (what ever that means).  I think, a culture change within the program, refers in that the new head coach wants to instill toughness of his players to go along with a team that is mentally and physically prepared to the max for winning football games.

Fidelity to winning is the bottom line.  Oklahoma hanging another national football championship banner the goal.   I am sure Coach Venables would say to win not only one, but more than just one, and adding various conference titles, player accolades, and the development of the players to be the best on the field football players they can be.  And with this coach, a development of these men in being the best they can be as off the field human beings.

The growth of the 2022 football team in Norman will be a work in progress all year long. The Sooners, without question, will improve from today through the bowl game late in December/January.  That improvement will coincide with the usual weekly injuries of the players and the day to day ups and downs of a football team.  The fact that OU might not meet fan expectations should not be an issue for the team itself.

Unlike the 2021 team under the former coach, the Sooners did not meet their expectations, which I am sure the players on that team, some of the coaches of that team, and again, many of the fans that make-up the Sooner Nation, would attest to.  Blame for a 3rd place Big 12 team in 2021 has been laid at the feet of the former head coach, but does that matter today in August 2022? No it does not.

The Sooners, many think, will have a fantastic season upcoming, and it just might.  But taking the positive view has downsides, for all, if expectations are not met. I tend to believe that players and coaches take disappointment harder than fans, but it is the fans that tend to be vocal as they want their feelings heard, in the stadium, in social media, and within the program.  Unless OU wins every game and wins the Natty, and this is for every season, a major group of Sooner fans are not happy and they will let you know.  Fan expectations at OU tend to be like those fans at every big time school, such as Ohio State, Alabama, Clemson, and Texas.

OU has two cup cake sisters of the poor to open the slate, which will set the mood for the big third game in Lincoln against the Big Red of the North, Nebraska.  I expect the routine but some tense moments with the UTEP game for OU, as there are many things this team will have to work through.  Offensive consistency, which players will show out in a positive way, and the usual bad plays that put the Sooners in negative situations will most likely happen.  Sure, Sooners from near and far, expect a Sooner win on opening day and that will happen I believe.

With game two, also on the home field, OU hosts Kent State, and that game will be brutal for the visitors.  One can assume that the Sooners improve enough to take out the lights of the Golden Flashes quickly as KSU will come into the game after suffering a big time beating in Seattle the week before against the Washington Huskies.

After game two Coach Venables and his offensive coaches will have a better take on what they really have in quarterbacks, with Dillion Gabriel and the backups, who should get some playing time.   A good take on the 0ffenise line and running backs will need to wait a week or two, as the first two opponents will not be a good marker in what OU has at those two positions.  The game with UNL will give OU a better take on those two important positions.

Game three in Lincoln will be the biggest road game of the season for the Sooners, and a real test to see if this team is going to be a contender for national honors.  Win or lose, OU will challenge for the Big 12 title, but a loss to Nebraska will tell the coaches, team, and fan  base, that 2022 is actually a rebuilding season.

I do not believe that OU can be a player for the Playoffs with a loss in this game with the Huskers.  The team will have the time to develop without the added pressure of having to win every game.  Sooner fans, sorry if that does not meet your expectation.   The Venables years at OU should be many, and the coach and the program will improve from within first.  Proof of the improvement will show on the field and off,  and how the players, and coaches display themselves, every second they are a part of the program.  That is not easy and expectations by Coach Venables is more than high, as we found out with the Cale Gundy firing.

Sooner Nation, be ready for the usual wins, the unwanted losses, and the excitement of Sooner football.