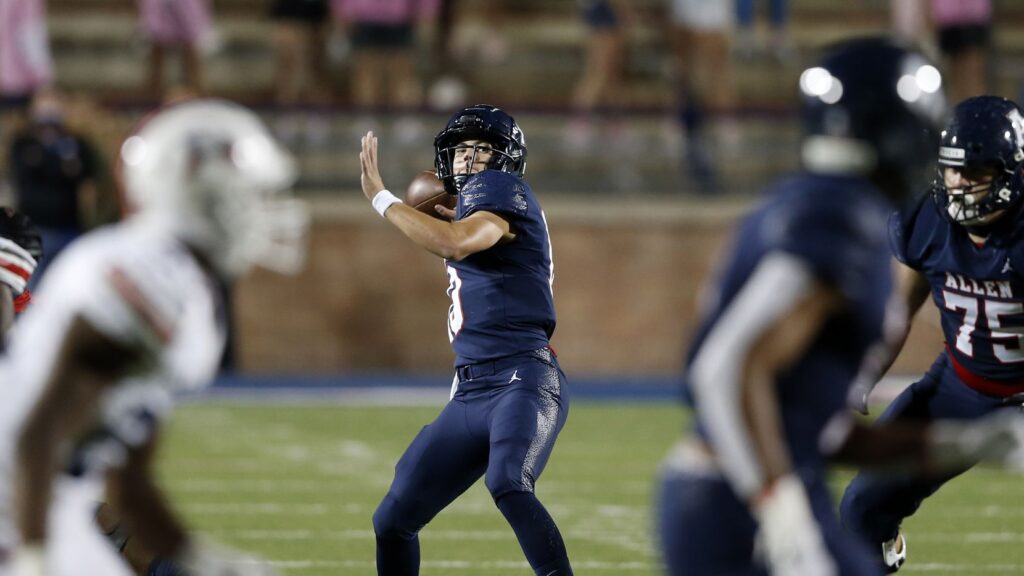 THE GENERAL BOOTY OF THE OKLAHOMA SOONERS

Sonny Sixkiller was a big time quarterback at the University of Washington back in the day.  His name was cool.  Oklahoma’s new quarterback trumps that seriously great name and that goes all the way back the the late summer of 2018 when he was a high school signal caller at Cornerstone Christian in San Antonio.

“The General Booty’s” history goes back and here is the story as reported by HORNS 247:

“General has a blood line that you need to follow closely. His mother is the sister of Joe Ferguson, a long time NFL quarterback with the Buffalo Bills and Detroit Lions,” [Texas QB coach John] Jenkins said. “He (Ferguson) played about 20 years in the NFL. His granddad, Johnny Booty was one of the highly recruited quarterbacks coming out of America years ago from Shreveport Woodlawn, which is the same school Ferguson and Terry Bradshaw (NFL Hall of Fame – 1989) went to.”

“His dad (Abram Booty), who I still think holds records at LSU for receiver, is an NFL guy. His uncle, John David Booty played in the NFL and Josh Booty, his uncle, was in the NFL and played Major League Baseball.”

As of HORNS 247, even as a sophomore in high school, General Booty was to be the savior of Texas football coach Tom Herman.  That was not to be.

With or without success at OU in the next couple of years, this JC transfer from Tyler College will have the name of record.  Another legend in the making in Norman? Maybe or maybe not.  Believe it or not, Joe Don Looney’s name has nothing on this General Booty.

The best information on General Booty is at this site:  Meet General Booty, a third-generation football standout with the greatest name in QB history – REPORT DOOR

2 thoughts on “OU’s New Quarterback is A General Booty!”