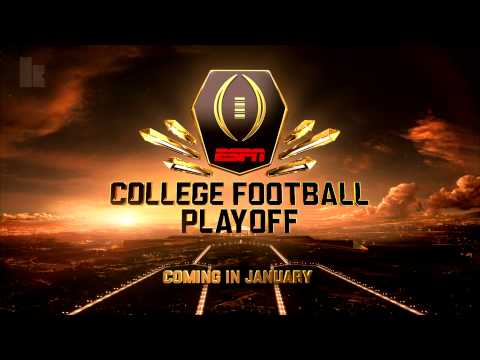 SEC CHAMPION IS AS GOOD AS ANY IN A BROKEN SYSTEM

I like the idea.  I like it a lot.  With my take that the crowning of a National Championship for college football, at the highest level of the game, has been based on unfair opinions on those invited to participate, all title holders through the years are bogus and fraudulently earned by the schools.  With the current “choosing” of the teams to be in a playoff, the idea that the Southeastern Conference hold their own National Championship playoff internally is good and something that would work. To hell with the other big time conferences as they, by opinion again, do not hold a candle to the SEC.  It is appropriate for the SEC to crown their own champ and who cars what the rest of the college football world thinks?

As ESPN reported today, “……the SEC could stage its own College Football Playoff. It’s apparently on the table as spring meetings are about to get underway.”  Do you think ESPN would air the games on one of the platforms they are a part of?  ABC, Disney, ESPN would be the media sources that could do it, that is, a playoff system at the end of the football season.  To hell with the bowl system.  Do you not think that the Cotton, Orange, Sugar and Peach bowls would entertain an SEC playoff?  Yes, they would and the dollars made by the broadcasters and the schools of the SEC would be rolling in cash.

ESPN continues, “We have an incredibly strong league, one that will be even stronger once Oklahoma and Texas join,” Stricklin told Thamel of ESPN. “The focus should be on how we as a league use that strength to further position the SEC as we face new realities. Commissioner Sankey has encouraged our athletic directors to think creatively, and an SEC-only playoff is a different idea that we should absolutely consider an option.”

This is an idea that the other power conferences need to worry about.  This could happen as soon as 2025 when Oklahoma and Texas enter the SEC as full members.

As for a total break from the NCAA, the other Power Five Conferences, and the sports world, the SEC does not need them as much as they need the SEC.