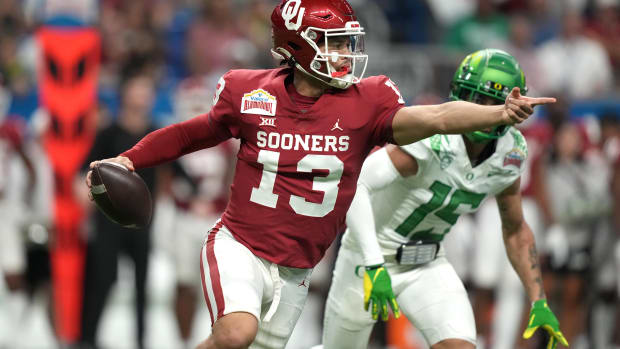 To HELL WITH SCHOOL PRIDE-IT IS ALL ABOUT THE INDIVIDUAL……

Caleb Williams family are control freaks that ignore school and college game for personal individual goals…….IT IS ALL ABOUT CALEB…….

Father says: “Professional development. We want Caleb to be ready to play when he becomes a pro. You go to college to get prepared for your career. His chosen career path is professional football. We want him to be prepared for when that time comes,” said Willams.

This father has a lot to learn about life. He and the family is controlling the son to disregard the college game in a way that the only thing important for the kid is “his development to be an NFL player.”

That sort of belief system can and will, at some time, be thrown back in the son and the family’s face. There is NO GUARANTEE that the son will ever make the NFL as of many things that can come up…injuries being a major concern. While disregarding the school and team for selfish reasons, this family will come to the realization that there is more to life than controlling a young man from birth through his adult life, which is what I see.  Some will say that Caleb Williams is making “his” own decisions.  I would disagree.

Above quote can be found at:  https://www.on3.com/college/oklahoma-sooners/news/father-carl-caleb-williams-details-keys-transfer-destination-oklahoma-sooners-quarterback-portal-big-12-ncaa/