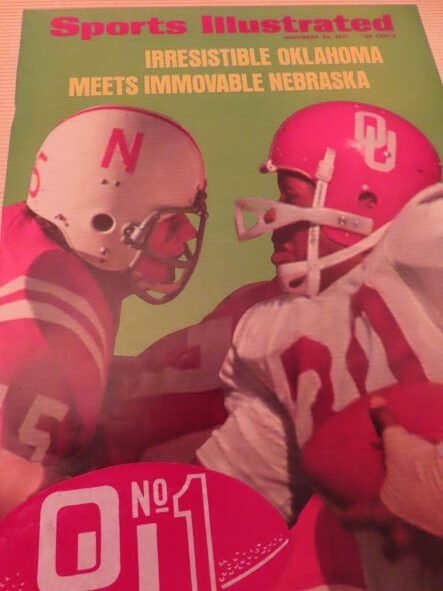 As of my Oklahoma Sooners football scrapbook of 1971 I am posting the newspaper photos (Daily Oklahoman: photo credit for all football pictures) and ticket stubs from that great season of “the Game of the Century”. I attended four games that year, but sadly, not the “GAME…” as of illness.  I was on my death bed at age 18 so they say.  I did make it up, somewhat, by attending the Sugar Bowl game as the Big Red beat the War Eagle and Heisman Trophy winner Pat Sullivan. 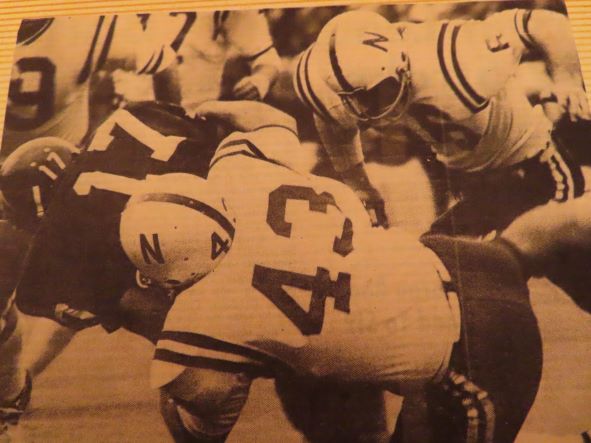 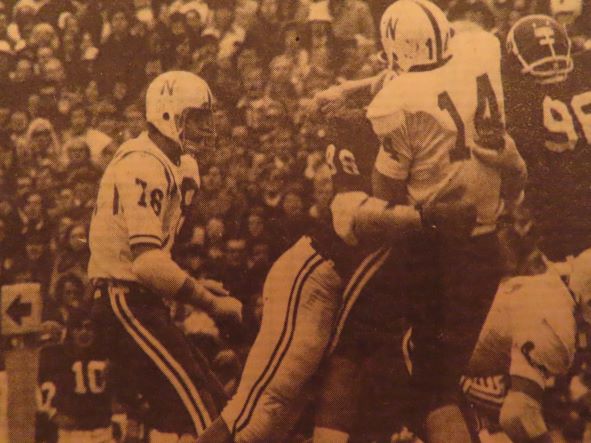 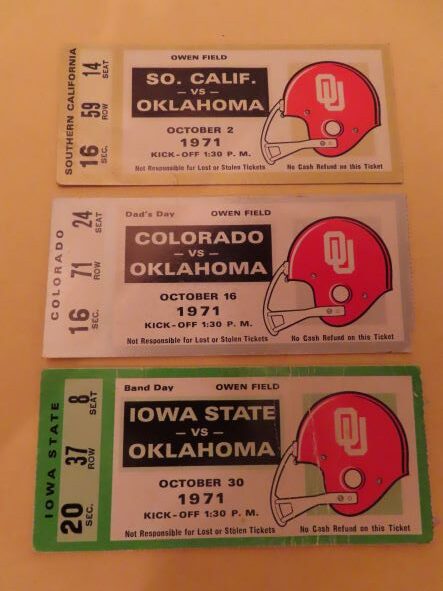 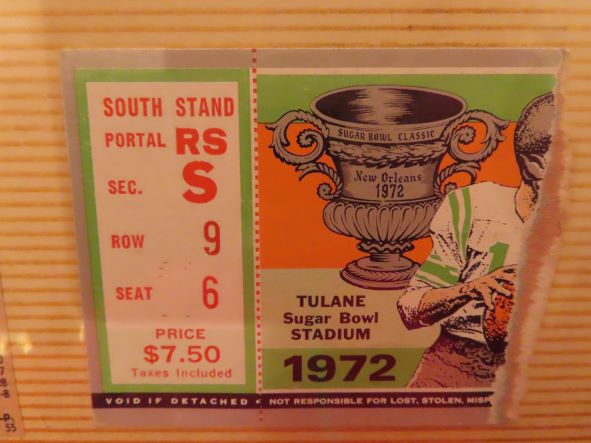