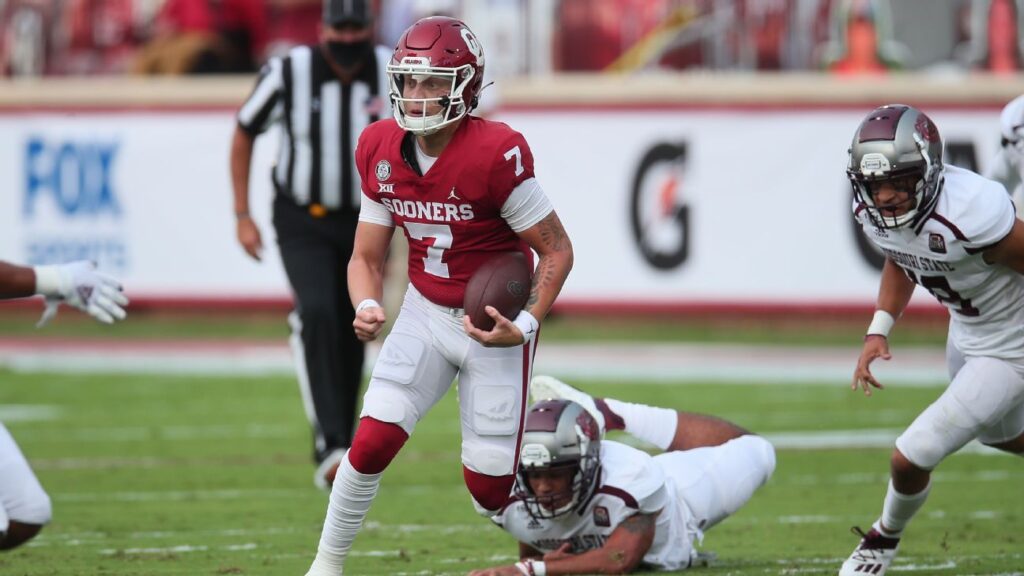 Oklahoma goes to Fort Worth this Saturday. It will be, as usual, a slobber knocker.  The Sooners have much the better offense and should come back to Norman with the victory.  OU 34 and TCU 27.  Spencer Rattler will be the difference.

Oklahoma State hosts Iowa State and the Aggies defense should control the Cyclone offense enough to produce a close and defensive win, 24 to 20.

In other Big Twelve action, Kansas State hosts Kansas and it will be brutal for the Jayhawks.  Final score should be something like 49 to 14 Wildcats.  Baylor travels this week down to Austin to play Texas. Horns lose but it will be close.  Texas 37 and the Bears 39.  West Virginia heads out to the South Plains and Texas Tech will be the foe.  The Mountaineers win big 51 to 28.