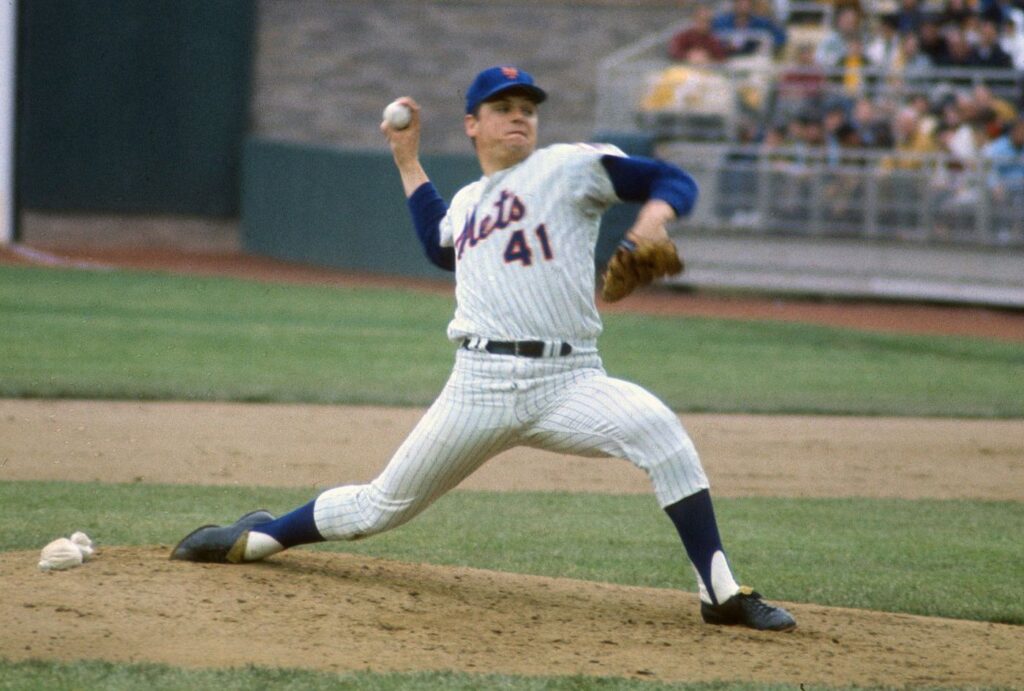 Baseball lost two of it’s greats the past few days with the deaths of New York Mets pitcher Tom Seaver, age 75, and St. Louis Cardinals left fielder Lou Brock age 81.  These Hall-of-Fame members were the best at what they did during their careers in the National League.  Both were personal favorites for me as I engaged the game as I grew up watching baseball in my home in Oklahoma City.  I also had a love for both the Cardinals and Mets, even if I was not able to attend games in either Busch or Shea.

New York Mets came into operation in 1962 and were losers for many years.  The Houston Colt 45’s also joined the NL in that year, was my favorite team as of their AAA farm team was located in Oklahoma City. Yet my affection for the Mets was also there as of their newness in baseball.

After five losing seasons, Seaver became a Met. He was immediately the best player for the club and made the All-Star team his first year.  Seaver was, in my opinion, a pitcher in the mold of other greats of the time in the National League, such as Bob Gibson, Sandy Koufax, Nolan Ryan and Don Drysdale.  The game was one at the time where pitching was the over-riding factor in winning.  The home run as of today along with the strikeout was not in vogue. Yet these before mentioned pitchers were all extreme strikeout artists.  They dominated the games they pitched.  Seaver won over 300 games, a benchmark for being one of the greatest pitchers in history.

As for Lou Brock, he was the greatest base stealer of his time.  Retired as the greatest thief in baseball history, career and in one season I consider only one other baseball player his equal on the base paths, being Ricky Henderson. The outfielder was a great hitter and in close one run games his play often was the difference in wins and losses.   He was a 3,000 hit man, another benchmark for being one of the greats of all time.