OU and Texas in the Cotton Bowl? 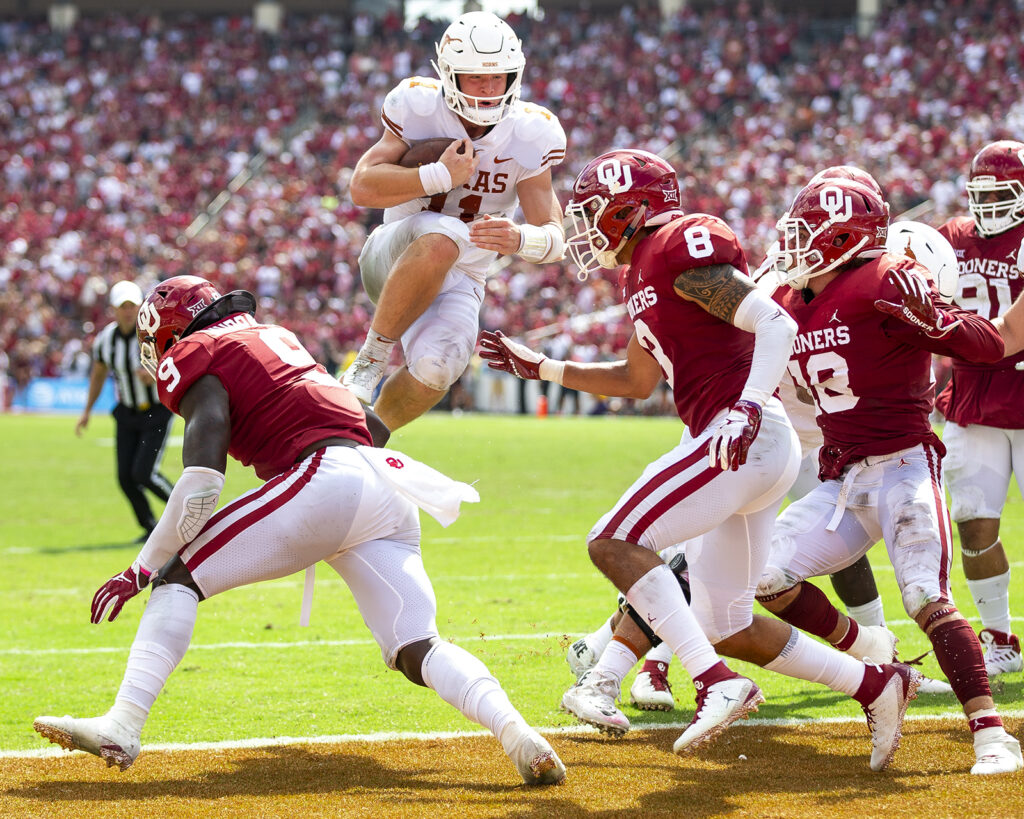 Texas quarterback Sam Ehlinger (11) leaps into the end zone against Texas during an NCAA college football game at the Cotton Bowl, Saturday, Oct. 6, 2018, in Dallas. (Nick Wagner/Austin American-Statesman via AP)

With the cancellation of the State Fair of Texas in Dallas this Fall, the Oklahoma/Texas football game needs to still be played in the Cotton Bowl.  With the understanding the game can happen,  the venue at the fairgrounds in Dallas would be the best place for the traditional game to take place.  Suggesting that the game be moved to Jerry’s World or a home site, in Norman or Austin, would likely be nixed by both Universities.  Austin, with issues both from the city of Austin and the state of Texas, on restricting attendance to make the game totally a wash.  Norman would not be approved by the University of Texas, even if the Sooners would allow a much larger crowd to attend the game.

Best bet, if the game is played, on whatever date, is that the Cotton Bowl will host the 2020 season tussle between the two rivals.