“EYES OF TEXAS” TO GO BLIND AT TEXAS 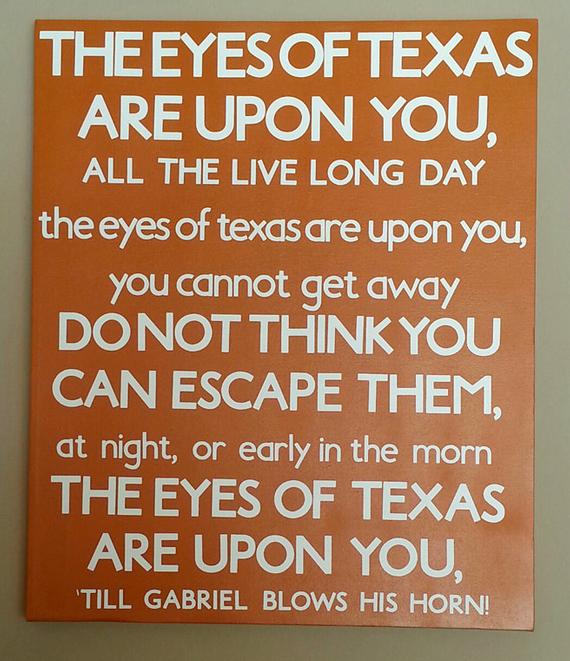 I have witnessed and been a part of demands that players of a team have given to their head coach  and the team/school  they play for.  The what, when and why of the discourse can be complicated or they can be of other less significant and in fact, silly issues. The consequences of the disagreements faced by the two antagonists (players and those in authority) can be settled in a good compromised way or can in fact cause a total collapse of the program and end in disaster for both.  Player demands leave no room for talk if it is an all or nothing give and take.  Today the University of Texas is facing such a confrontation between the football players and the powers to be on the Austin campus.   It is a current and ongoing situation that will not, in fact, be limited to just the Longhorns.  Expect similar issues to arise on other college campuses, as the country in general, and the educational institutions specifically, continue to wrestle over the true history and bogus perception of the past.

Sports fans of any division, league, professional or non-professional, be aware that the world is changing.   What we have cherished in the past will be totally gone in a short time if the decisions are made in a less than educated manner; and without total regard to what is actually true history not made on the “feelings” of a small group of athletes that do not have the discernment of life’s experiences and what is just “feelings.”

Today’s “Eyes of Texas” issue at Texas could be the “Boomer Sooner” issue at the University of Oklahoma.  If you think not that is on you and your intelligence.