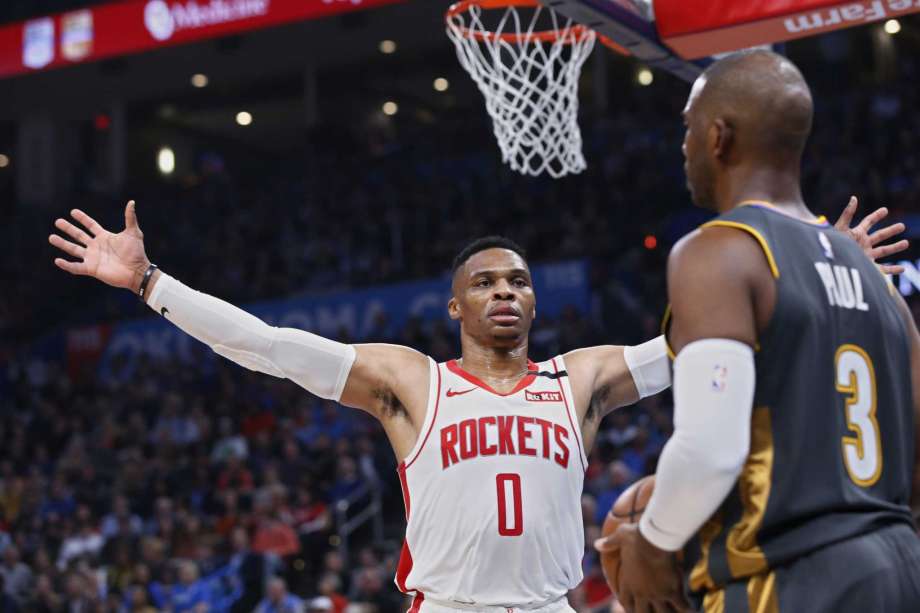 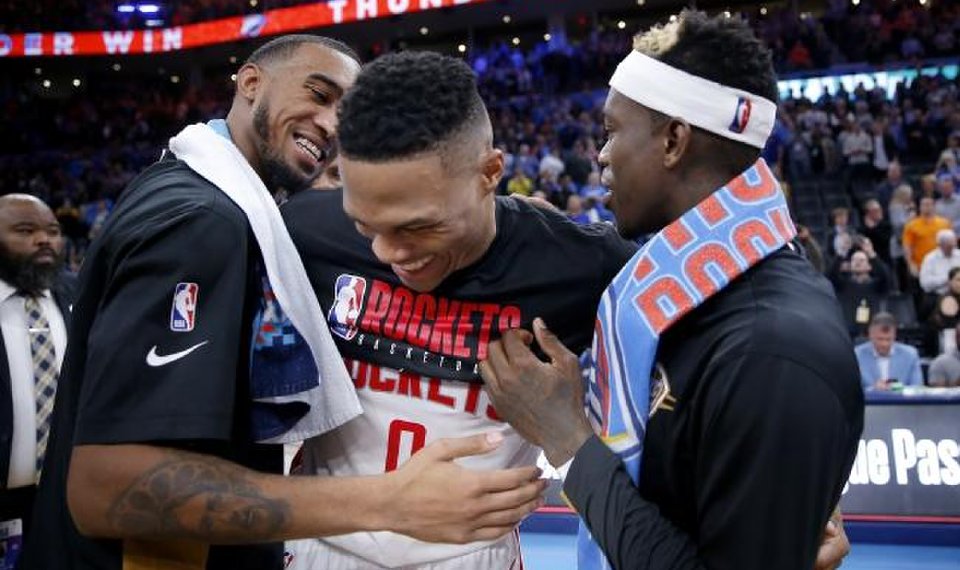 Chris Paul had the play of the game with his between the legs driving floater in the 4th quarter of Russell Westbrook’s return game to OKC last night in the Chesapeake Energy Arena.  But it  was Westbrook that the fans of OKC love and that love was on demonstration as of his standing ovation as a two minute video on him ended and his introduction to the rabid Thunder crowd followed.  After an also strong roar as the OKC starters were introduced, the Rockets were no match for the upstart Thunder as OKC dominated the game as they posted a 113-92 win.

A night of nights for this season ticket holder, Westbrook’s return could not have gone better.  All the words said by everyone in involved were perfect as peaches and cream on a hot summer day as OKC.  This was a big deal for Westbrook, the Thunder fans, the Thunder management, and for most, the NBA.

Westbrook summed it up before the game.