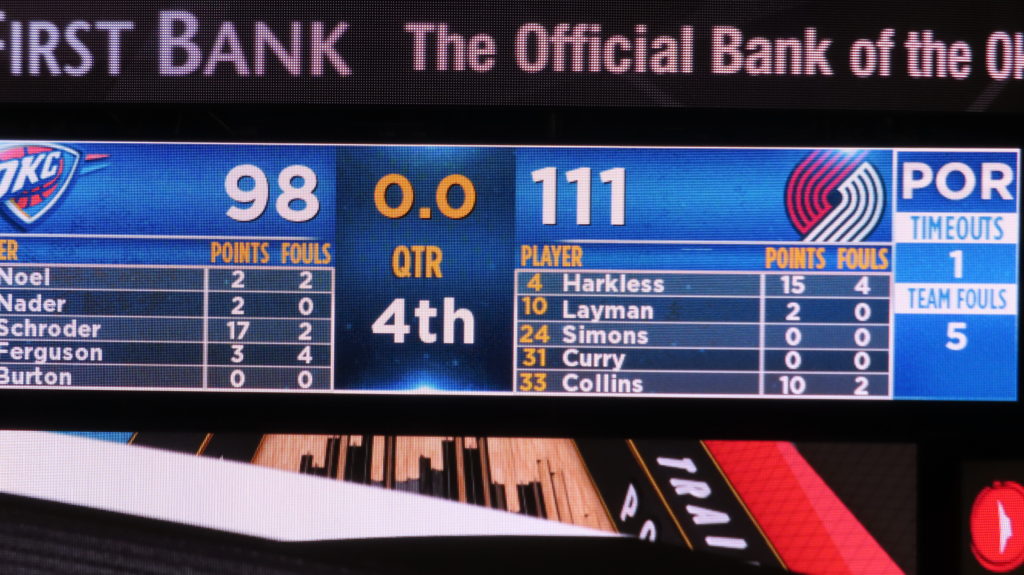 THUNDER OUTLOOK NOT ALL THAT POSITIVE 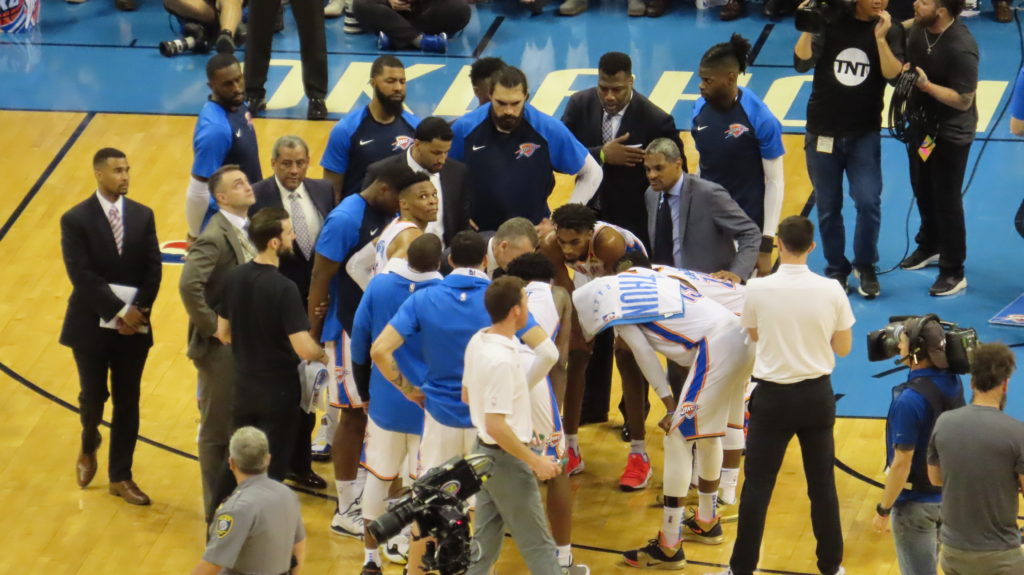 The reporter of the state’s newspaper of record, The Oklahoman asks Oklahoma City superstar Russell Westbrook a question in a post game press session.  Westbrook responds with a curt answer, “next question.”  A response that is again heard after another question by the respected newspaper man Barry Trammel.  The continuous Westbrook has been that way with “Tram” for the better part of two years.   With that, the Oklahoma City Thunder led by Russell Westbrook, has become an embarrassment to the NBA across the country.  THE THUNDER WAY has taken a hit.  Set by General Manager Sam Presti and endorsed by the Thunder owners/management headed by Clay Bennett,  “THUNDER WAY” has come under duress as the demeanor of Westbrook demonstrate by his childish, rude, and disingenuous treatment toward the home media has now led the other superstar, Paul George, answer a question by the press with those two words, NEXT QUESTION.

No doubt that Westbrook is the most continuous person in the Thunder organization and no person, including Sam Presti, carries the reflection of the franchise like Russell.  And as much as it can be a positive look, it has turned into a negative one with his antics.

OKC is facing a bleak future with regard to the Western Conference.  As this team will have to win three straight to continue the post season in the 2nd round, that possibility is not something to put money on.  With Portland, Denver, Houston, Utah, Sacramento, San Antonio, Los Angeles Clippers, Minnesota,  and Dallas getting better next year, OKC will find it more difficult in making one of the eight spots for the 2020 playoffs.  Golden State might not be better in 2020, but still could be the best of the west even without Kevin Durant.    With only Memphis, Los Angeles Lakers, New Orleans and Phoenix beatable by this Thunder team, look for OKC and its highest salary ($147,000,000) going into next season in a less than good position.

Come tomorrow night (if OKC falls), the ownership will have to make some franchise altering decisions.   One, keep the status quo and after three straight first round exits, a fourth in 2020 is a strong possibility if the team can make the postseason.  Two, fire Same Presti, fire Billy Donovan, or just one or the other.  That will be an ownership decision.  Presti will not fire his buddy Billy D.  Three, get someone to take Steven Adams contract and find a shooter in the vein of a Buddy Heild.  This team is in need of knockdown shooters.  Four…………. 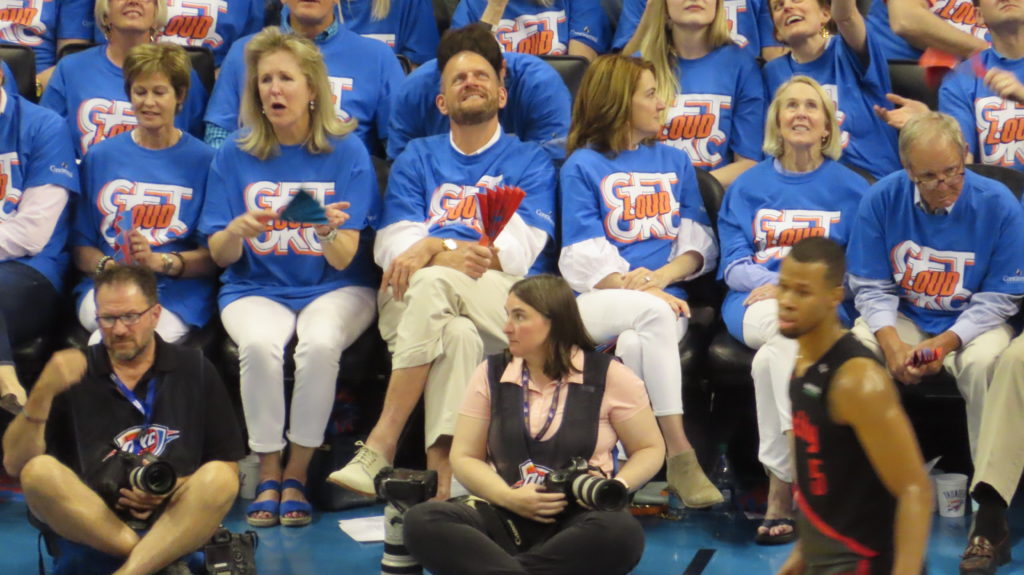 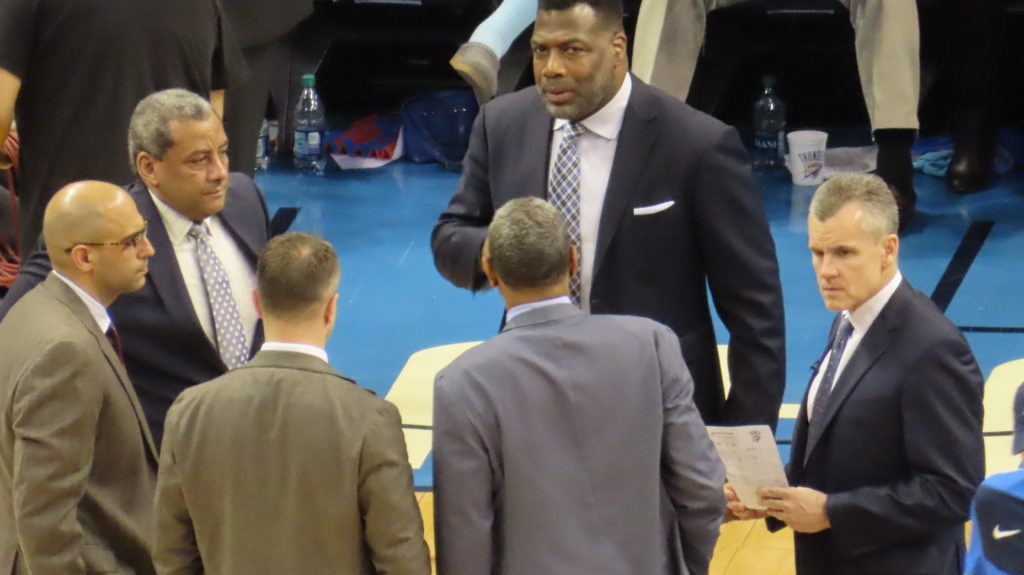 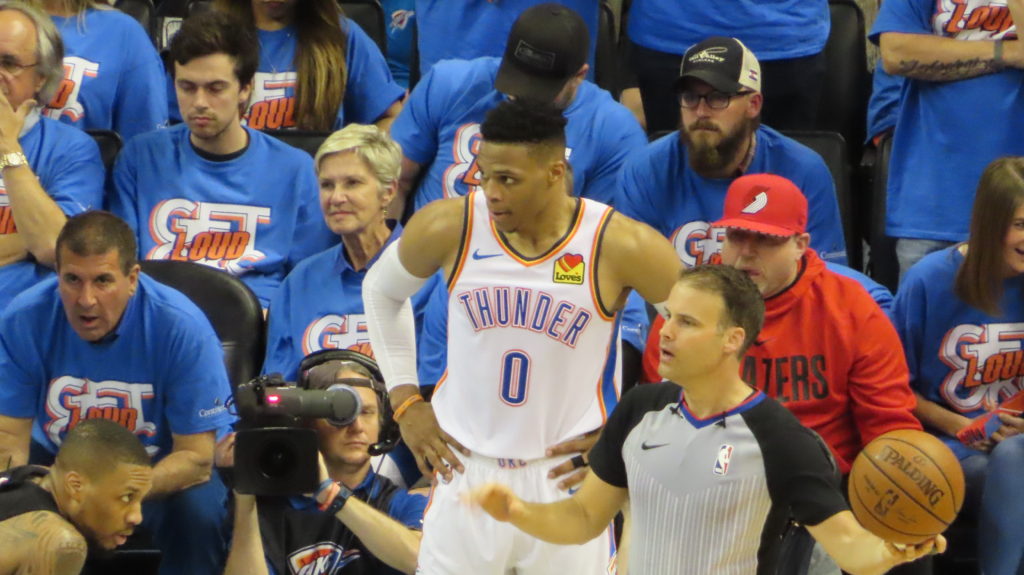 2 Responses to “Thunder not in favorable light….Big changes for OKC?”