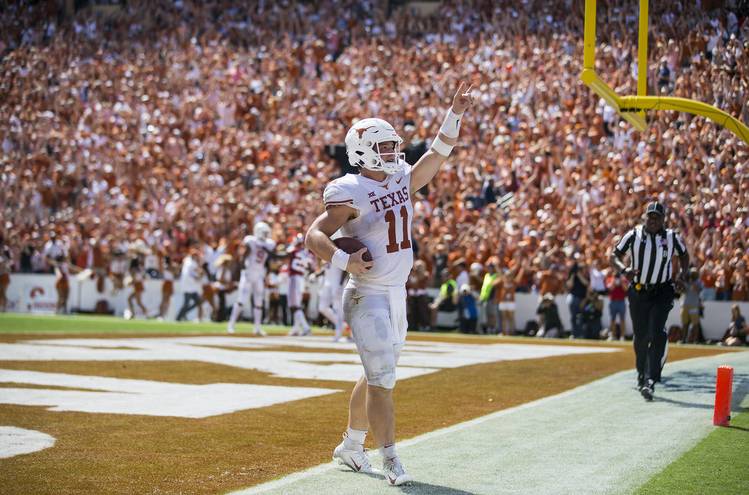 Freshman Cameron Dicker connected on the 40 yarder as the Sooner three touchdown deficient in the fourth quarter had melted to the 45-45 tie.  The loss puts Texas in the driver’s seat with West Virginia to make the Big Twelve Conference title game as UT has now beat OU and TCU.

As of last year, the Sooners might need to win out to make the title game, which is not at all out of the question.   As of the Sooner defense, they had little success in stopping Texas.  For Sooner fans it will not be a good year with regard to the Red River Shootout.

Secondary Photo:  Texas Longhorns quarterback Sam Ehlinger (11) celebrates after running into the end zone for a touchdown against Oklahoma Sooners in the 3rd quarter during an NCAA college football game at the Cotton Bowl Stadium in Dallas Texas on Saturday, Oct. 6, 2018. [RICARDO B. BRAZZIELL/AMERICAN-STATESMAN]