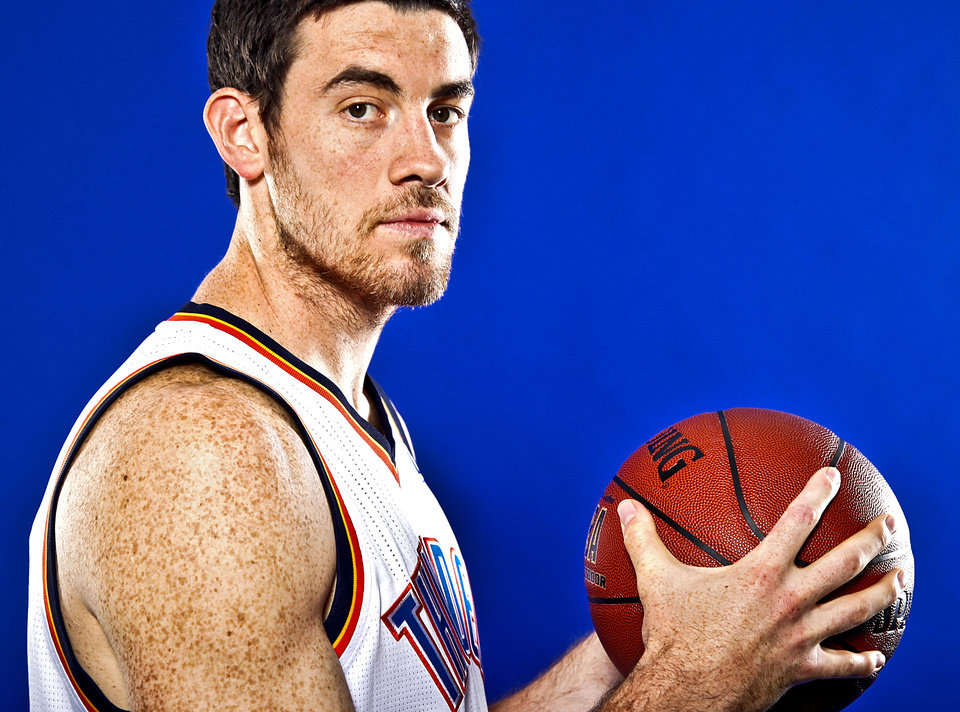 A little more than a year ago I wrote an article that Nick Collison was probably going to retire before the season starts from the Oklahoma City Thunder.  Well, a month later I had to write another article that I was premature in that thought, as the all time Thunder would come back to OKC for another season.

That season is now in the books and today Mr. Collison has made if official. He is now a former player in the NBA, after going through a fifteen year career with the Seattle/Oklahoma City franchise.  He played his rookie season as a Sonic and continued his career on Reno Street for the past fourteen.

Collison now 37,  entered the NBA in the historic 2003 draft class featuring LeBron James, Dwyane Wade, Carmelo Anthony and Chris Bosh.  He will not be considered an NBA Hall-of-Fame Player but a spot in the Naismith National Hall-of-Fame will come in time as Collison was a great college player that he followed with his steady pro career.  His future in basketball is not known at this time but a spot as a coach somewhere (like OKC) is not out of the question.  Collison is a high caliber man that makes teams better with his presence.

“I started in cold gyms in small towns in Iowa and ended up playing in more than 1,000 games over 15 years in the best league in the world,” Collison wrote in an article published by ESPN Thursday. “I’ve had an incredible run. I’m proud of my career … But it’s time to go. I’m retiring from competitive basketball.”

Collison’s best statistical season came in 2007-08, when he recorded 9.8 points and 9.4 rebounds per game for a dreadful Sonics team that went 20-62. He would continue to be a key role player for the Thunder during their rise to contention under Kevin Durant and Russell Westbrook. As a result, Collison played in 91 playoff games, including the 2012 NBA Finals against the Heat.

He finishes his career with per-game averages of 5.9 points on 53 percent shooting and 5.2 rebounds per game.  (Chicago Sun-Times)

Collison, arguably the most beloved Thunder player, will be remembered for his professionalism as a model fixture in the Association and in this city.  Expect for his number to be retired in time, which will grace the rafters of the Chesapeake Energy Arena along with his beloved teammate Russell Westbrook.  No other Thunder players  are currently guaranteed that honor.