A little boy in Oklahoma City had a surprise visit this week from a former Oklahoma Sooner football player, Joe Mixon.  Yes, I know many sports fans of the college game have a less than positive attitude toward the  star running of the Sooners, but please put that aside as the future NFL player showed a true and good side with his hospital visit.  He made a child that needed joy in a tough medical situation feel the love of an athlete that does truly care about others. 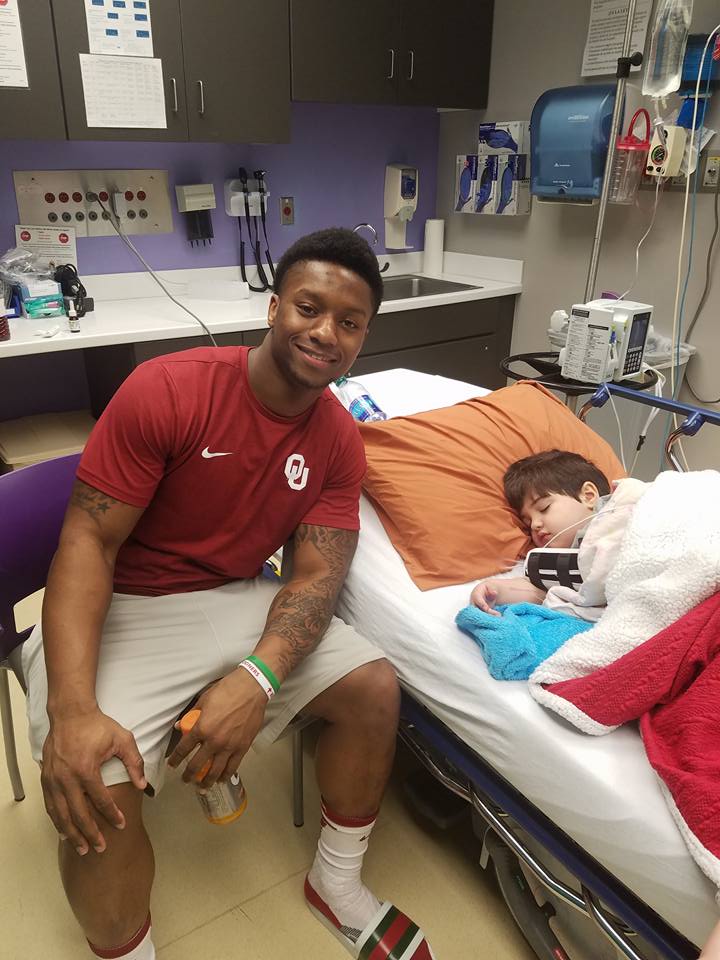 Yesterday I asked my friends and family on Facebook to pray for my five year old son. Cooper is currently at OU Children’s Medical Center for… an emergency appendectomy. It’s even more complicated for Cooper because he is autistic so he is pretty confused and scared as to what is going on.  Cooper has a vast array of medical conditions and this was his fifth surgery since he was born. This has almost become the norm for Cooper.  Now much to my surprise about 30 minutes after my post on Facebook I was blown away when I received a private message from Joe Mixon asking how is baby Cooper.  I thought this has to be a prank.   Of course I’m the biggest Sooner fan in the world but I don’t know Joe Mixon and he doesn’t know me or my family but I responded anyway and told him of Cooper’s condition.   I was even more blown away when Joe responded and said can he come see him.   I thought this has to be a prank, a sick prank…….but much to my dismay and amazement Joe arrived at the hospital last night (he came late so there would not be a lot of fanfare) to spend time with Cooper and our family.  Joe was kind and respectful as he asked questions about Cooper. He was greatly concerned for  Cooper.  As Joe was leaving he told he he had to drive back to Dallas last night so he could go back to training today! Now for the last three years people have tried to crucify this young man for a split decision reaction and mistake he made as an 18 year old kid.  WELL SHAME ON THEM!!!!  A friend and I had a conversation last night and he made a good point.   He said we all have all done something in our life that we would not want in the public eye and I thought a lot about that but I am fortunate enough to have a Savior that forgives me everyday and scripture tells me to love my neighbors as I love myself.   I’m sure if we’re honest with ourselves we would say that something hard for all of us to do but I can tell you I forgive you Joe Mixon and in my family we I love him!!!!  I would ask that all of my family and friends share this post so the rest of the world can get a glimpse of THE REAL Joe Mixon!!!!!!!

It is a known fact that Joe Mixon’s head coach at Oklahoma, Bob Stoops, spends plenty time visiting hospital patients in and around the Oklahoma City area.  And that is an understatement.  It looks like some of Coach Stoops good will has found a home in Joe Mixon’s heart.  What is wrong about that sports fans?  Thank you Joe.  And get well Cooper.  There are a lot of people in this world thinking about you. 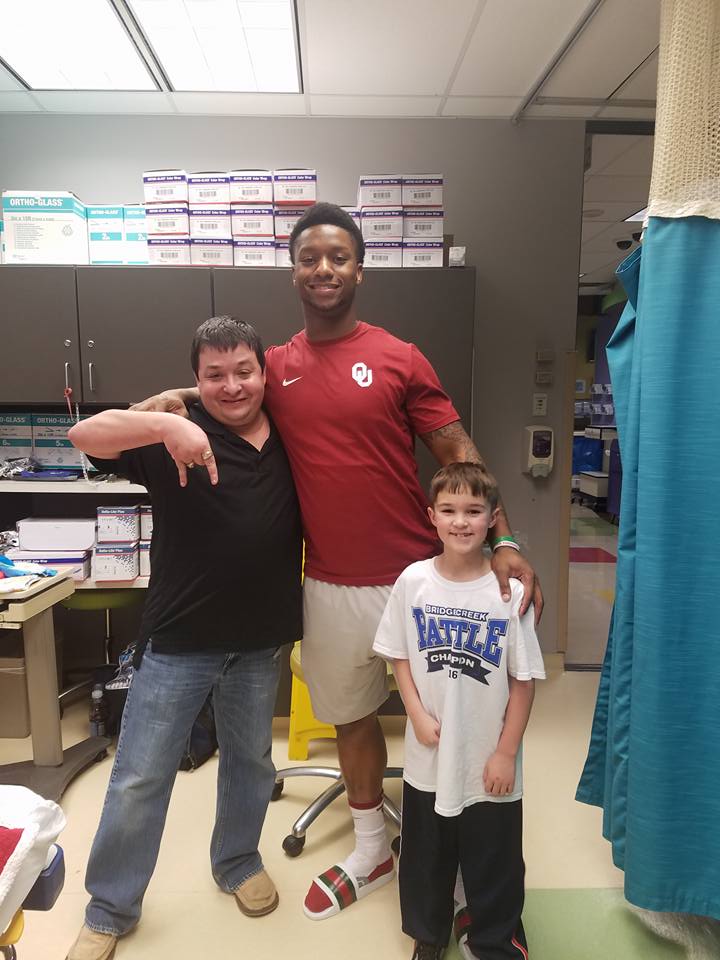 2 Responses to “Joe Mixon shows us all what taking time out for others can do…….”