College Football, College Sports, From the Past, NFL 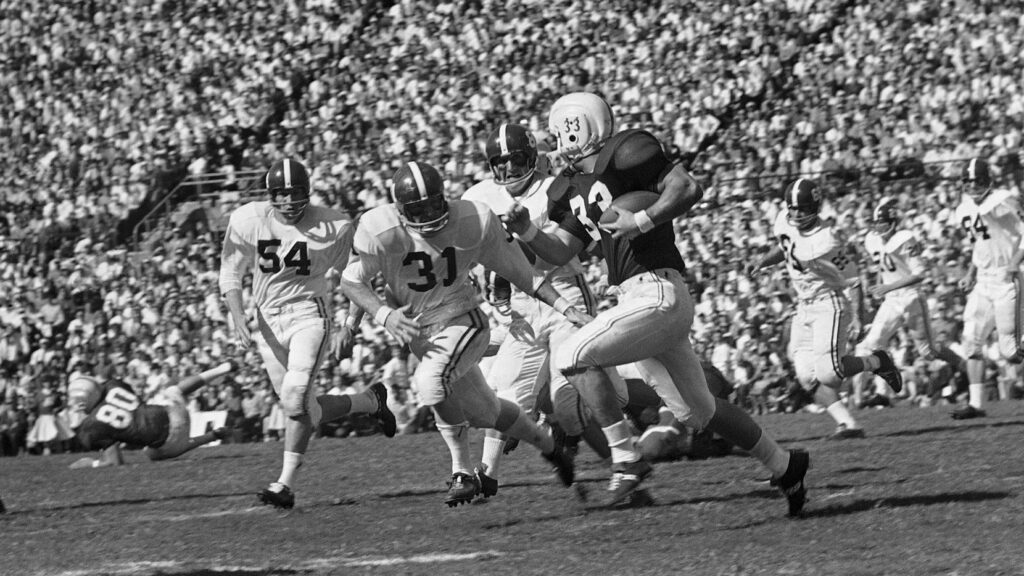 To qualify this ranking of running backs at Oklahoma, I have included only players that I have personally seen in person at the stadium or live on television.  I began watching Sooner football in 1958 and my remembrances go back to 1961.  With that, I have not included any player before 1961. This is the first part of a series of greatest Sooner football players by position.  Please comment on my lists and argue your best Sooners list.  There are no right or wrong rankings.   The lists, starting with Joe Don Looney (10th best running back), will include offensive and defensive positions.  Statistics, abilities, and overall significance to the OU football program are all included in picking the ten, but when all things are equal, my personal preference is the tie breaker. 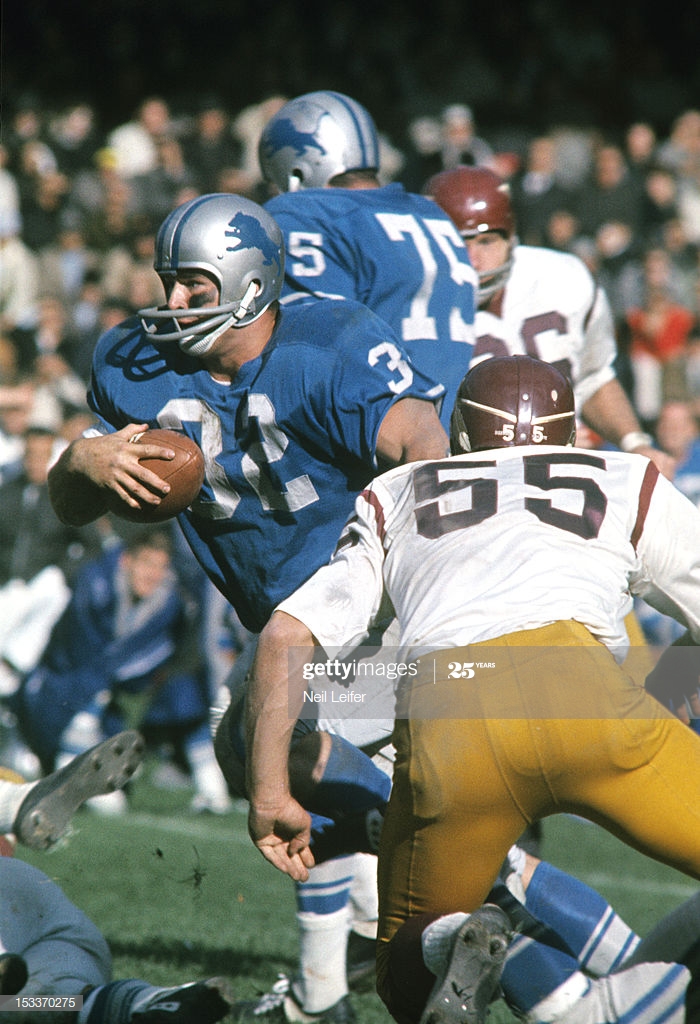 At 6’1 and 230 lbs, Looney was a big man in the Sooner backfield, larger than many of the linemen that blocked or tried to stuff him.  Add to the fact that he was more than likely the fastest player on the field, power and speed with adequate moves made him a breakaway threat when given the ball.  Looney’s physical ability was in the class of Marcus Dupree and Adrian Peterson. Yes, he didn’t have the career of an Adrian Peterson or the big college games that Mr. Dupree had in his shortened career at OU.  But he was the real deal when motivated and was the best player on the field in a college game.  Attitude cut his career short everywhere he played, including in Norman as Joe Don was as controversial a legend OU has ever had, including Mr. Dupree. He played on one full season (1962) and three games in the 1963 season as he was kicked off the team by Head Coach Bud Wilkinson for punching an assistant coach.  But he was an original punt, pass and kick man, as he made All-America at OU as the country’s leading punter in 1962. The 12th pick in the 1964 NFL draft told of ability to play on Sunday.

The man could win a ball game for his team at any moment.  Playing 3rd string in a 3-0 deficit against Syracuse in the home opener in 1962 (his first game at OU) he did just that.

The Sooners took over with four minutes left in the game. Looney, who had been sitting on the bench all afternoon, told Wilkinson to put him in and he would “win the game.” Wilkinson relented and sent Looney in.

Cowan carried around right end for a seven-yard gain on the first play of the drive. Third-string fullback Looney picked up another five yards for a first down at the OU 40. The SU defense then halted Cowan at the line for no gain.

In the huddle, Looney told Deere to give him the ball outside and he would score. On the next play, Deere and Looney swung to the left and Deere pitched the ball to his fullback. Looney then cut inside where he appeared to be stopped for a two-yard gain, swamped by Syracuse defenders.

Suddenly, he sprang free and sprinted down the east sideline into the end zone. Halfback Gary Wylie threw a key block on SU’s Don King, the only defender with a chance of catching Looney.

The new star was mobbed by teammates in the end zone. Jarman’s kick was successful, and the Sooners took a 7-3 advantage with 2:07 remaining in the game.

“I knew what play I was going to call when I went into the huddle,” Deere said in the locker room afterwards. “But as I was walking up to the huddle, Looney leaned over and told me, ‘Just give me the ball and I’ll score a touchdown.’ So I just gave him the ball.”

I watched Mr. Looney in person in Norman, Oklahoma and on live TV.  To this day, I remember the heat of the USC game in LA, Looney, Jim Gresham (All-American fullback), and the cast of characters that gave OU the big 17-12 win, a game that Looney scored on a nineteen yard run. 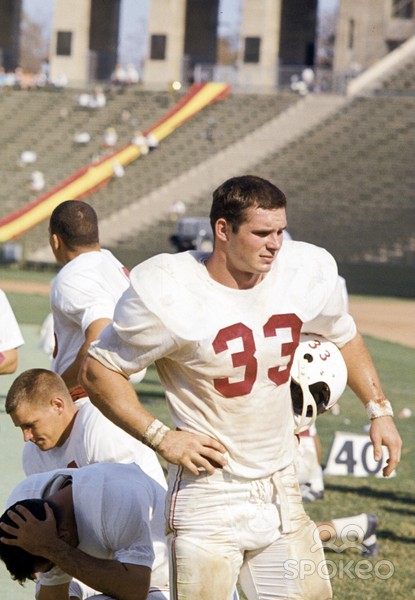 Joe Don Looney in uniform in at the USC/Oklahoma game in Los Angeles, on Sept. 22, 1963  Photographer not known.

College Football, College Sports, From the Past, NFL