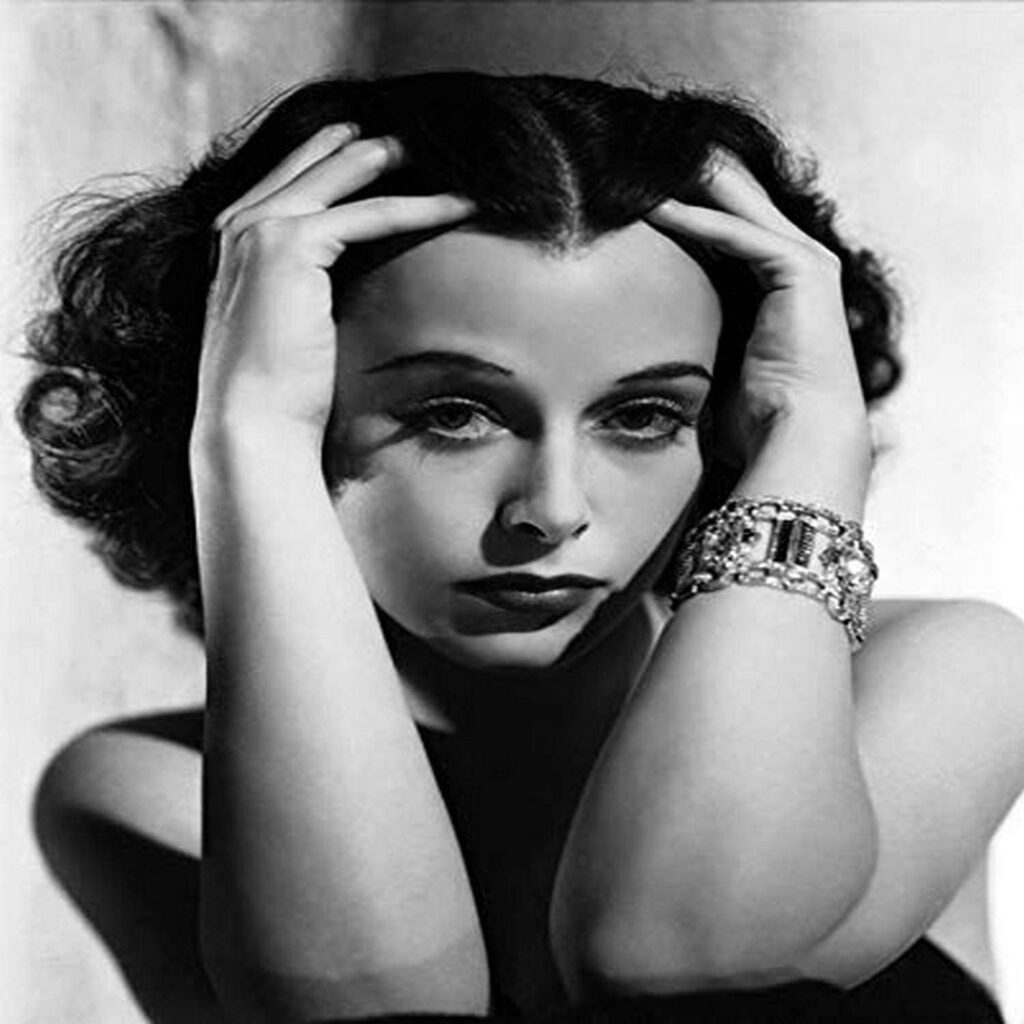 ​”Hedy Lamarr, Old Hollywood sex symbol, had a brain. It’s a fact that may be nearly as overlooked as the inventor’s wartime creation: landmark technology that was a precursor to Bluetooth.

It’s not surprising that she’s known best for her sultry persona, given her film role that made everyone sit up and take notice. In 1933’s “Ecstasy,” a Czech film, she raised eyebrows and drew condemnation around the globe when she appeared nude in one part of the film and simulated an orgasm in another.  Lamarr is seen going skinny-dipping and, still without a stitch on, chasing a runaway horse. The orgasm scene comes later, and, yes, she does smoke a cigarette afterward. “Ecstasy” is considered the first theatrically released movie to feature an actress simulating an orgasm on screen.

She was a real beauty, yet an average actress, sometimes better in better films, sometimes forgettable in lesser flicks.  She was so-so with respect to marriage, six husbands along the way.  Three children proved her to be a good mother.

But did you know that Hedy Lamarr was a world class inventor, a woman that made a significant difference in the way we live our lives today in the twenty-first century?

I enjoyed her movies, but I can positively say that I enjoy Wi-Fi and what it brings to my modern life. At the beginning of World War 2 back in the late 1930’s Lamarr and composer George Antheil combined minds to “developed a radio guidance system for Allied torpedoes, which used spread spectrum and frequency hopping technology to defeat the threat of jamming by the Axis powers. The principles of their work are now incorporated into modern GPS, Wi-Fi, CDMA and Bluetooth technology. Though not used in WW2, their inventions ” were key in 1962, at the time of the Cuban missile crisis, as an updated version of their design appeard on US Navy ships. The design is one of the important elements behind today’s spread-spectrum communication technology, such as GPS, CDMA, Wi-Fi networks and Bluetooth technology
.
Yes, where would we be today without GPS, Wi-Fi, Bluetooth……..?   What about Alka-Seltzer? No, she didn’t invent that but she did develop a tablet with the fizz in the tablet for a carbonated drink. She also invented improvements to traffic lights that we still use today.