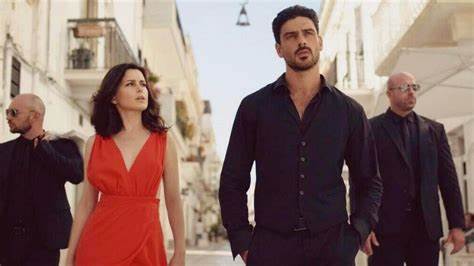 A thriller/porn filled Polish film that nobody likes sums up this flick. That includes the critics, the audience, and especially the WOKE of the western f”k up world.  “365 Days” the film,  is hated as much as any film made in the past five years.   It is politically incorrect, totally.

I can say the flick was in color plus the directors (including a woman) kept the frames in focus, The acting took a backseat to the attractiveness of the primary couple.  In other words they had no acting talent I could tell.  Not recommended for anyone with a brain but if you are against the current WOKENESS going on around us it would give reason to support shit like this (I am sure God thinks this is crap too).  That does not say you need to view it.  Any mature adult that is not  ruined as of being addicted to shit like this need not waste your two hours.  But I did get a hoot out of the critics tearing this film another one as of politics.  As a motion picture, this is a one star. As a anti-woke flick, five stars all the way. Since I rate film and not politics, you get what you get from me.  A half-star on my Letterboxd site.