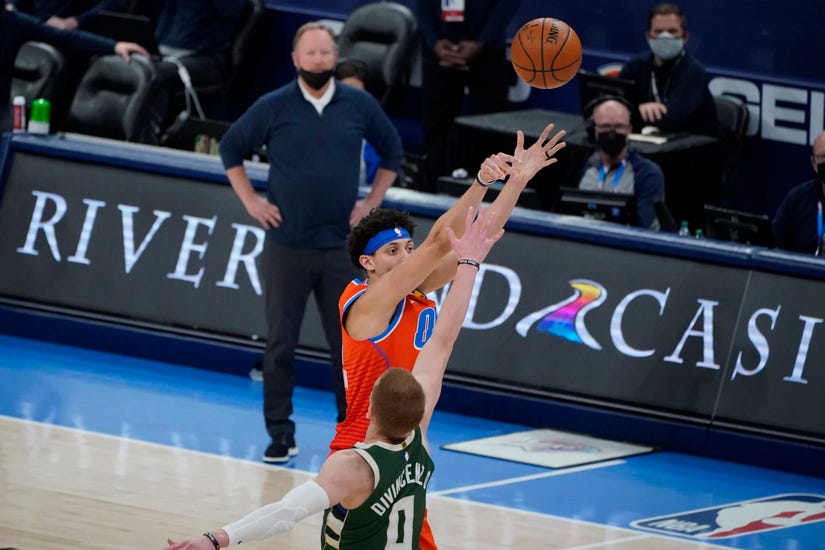 Justin Jackson shoots and hits a dagger three-pointer over Bucks guard Donte DiVincenzo with the shot clock running down to give the Thunder a five-point lead with 14.9 seconds left in the game. Sue Ogrocki, AP

The Oklahoma City Thunder is being very consistent currently in their rebuild for 2020-2021.  Last night in OKC proved the point as the Thunder beat the Milwaukee Bucks 114-109 for their 11th win against 15 defeats.

From the Milwaukee Journal-Sentinel :

Oklahoma City is in the midst of a rebuild but had started to play well in February, beating the Houston Rockets and splitting a pair of games with the Minnesota Timberwolves, while losing to the the Los Angeles Lakers (twice) and Denver Nuggets by a combined 13 points in the four losses.

The youthful Thunder continued that strong play to stun the Bucks.  All five starters reached double figures in scoring and the team shot 41.7% from the three-point line – well above their league-worst 33.7% mark coming into the game.

OKC won without two key guards in Shai Gilgeous-Alexander  and Theo Maledon.  Justin Jackson was perfect from the three point line (4-4) and he hit the dagger three late in the 4th quarter to seal the Thunder’s big upset.

Bucks forward Giannis Antetokounmpo is fouled by Oklahoma City center Al Horford on his way to the basket during the first half.
Alonzo Adams, Alonzo Adams-USA TODAY Sports 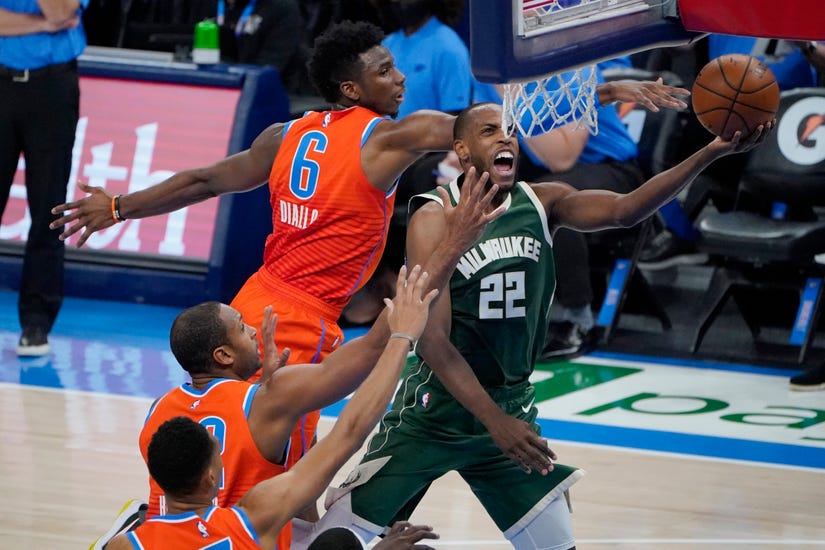 Bucks forward Khris Middleton gets a shot off next to the basket just out of the reach of Thunder guard Hamidou Diallo in the first half. Sue Ogrocki, AP