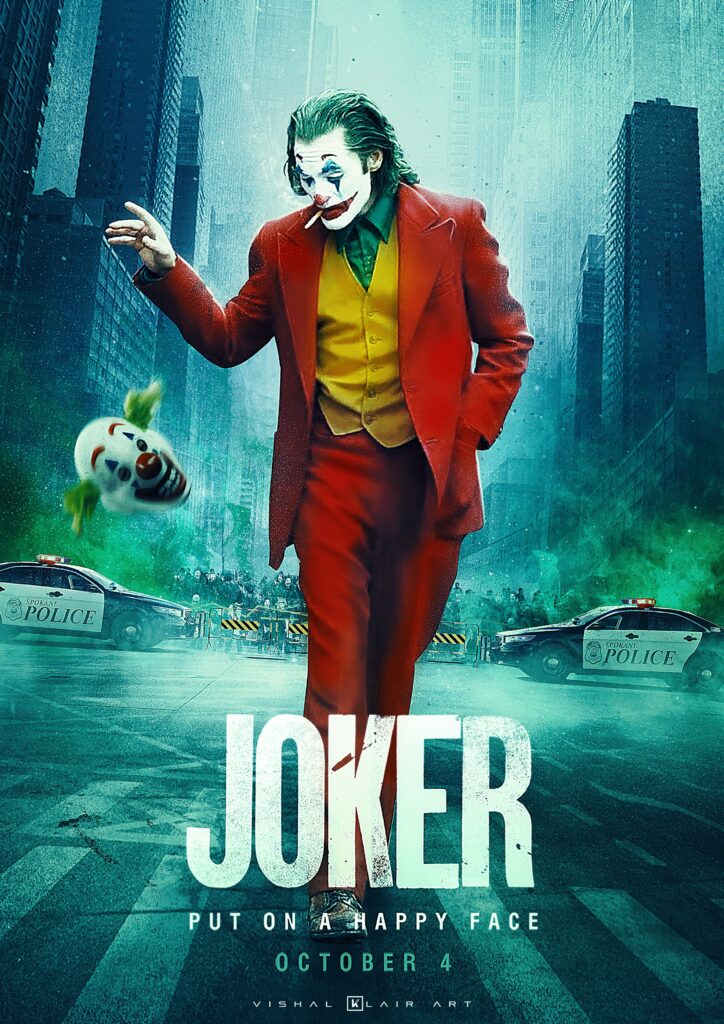 I really do not get all excited with all the Marvel Studios and DC/Warner Brothers Comic films that seem to be mass produced in this day and age.  Rarely do I view a comic character that holds my interest for one reason or another. This past evening I finally viewed my cheap Red Box purchased blue ray of “JOKER” staring Joaquin Phoenix directed by Todd Phillips .  With a screenplay by Phillips and Scott Silver, JOKER might have been the best feature film of 2019.  It was that good. Superior acting, a great script, and a great look put on the screen by cinematography by Lawrence Sher, this movie delivers in all aspects.

The social issues reflected in this period piece in Gotham (New York City circa 1978-1982 or so) were spot on.  What we had to endure in that time frame has come back to haunt us today if you look at what constitutes objectivity and subjectivity of the world we live in.  That is true for yesterday, today, and will be tomorrow.  A world where social justice is screwed by the politicians, the media, and the entertainers that want to control thought.

Are we as the top dog animal on earth worth the salt of humanity or not?  That question is ever present in our politics today as the nations splits into tribes. Are we being told lies by those in control?  Are they shitting on the citizens, allowing the total destruction of our society by riots, murder, sexual depravity, and the ultimate culture of death?  That was an over-riding issue in JOKER as was that titular character a worthless JOKER/fool or a significant game changer.  Has Trump been our JOKER the past four years and now we have his direct opposite, Uncle Joe Biden, a half-witted character that is suffering from brain freeze (the ultimate JOKER)?

Could it be both as the day of days seem to come sooner and sooner.  Every 24 hours seem to bring us something significant.

We see that as the years pile up on us older humans, the real issues stay the same as the crooks/politicians of the world do their dirty, and the saviors of society are the Bruce Waynes we are honored to have. Jesus Christ?  Not a factor.