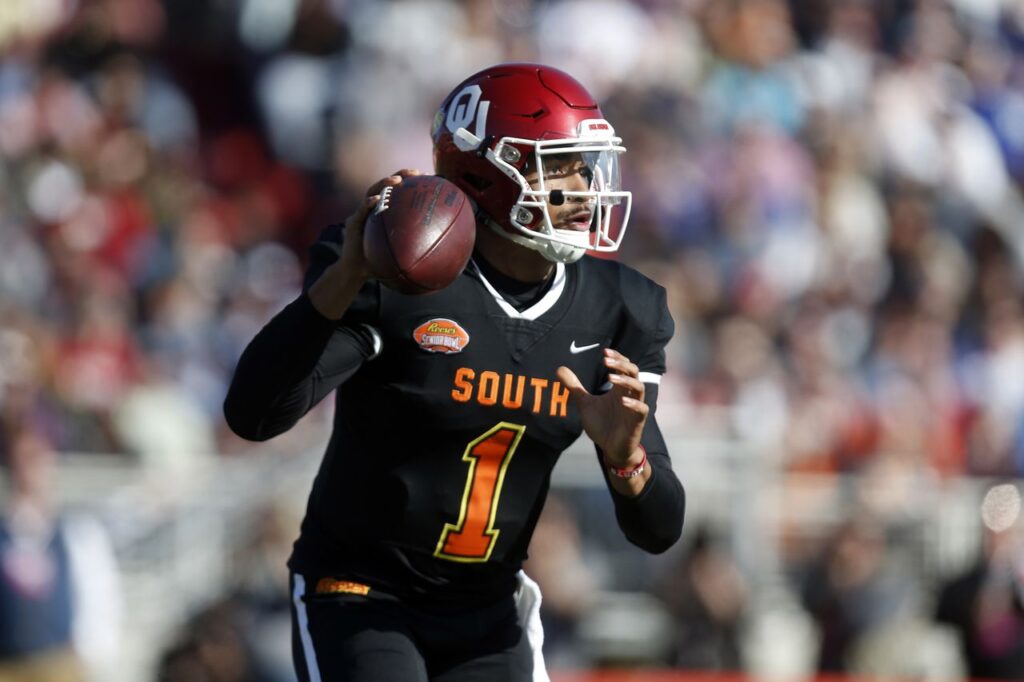 The Eagle Nation is not happy with General Manager Howie Roseman and his choice of Jalen Hurts as the second round draft choice in the NFL draft Friday night.  Philadelphia fans are voicing their disapproval of the quarterback from the Oklahoma Sooners, via the Alabama Crimson Tide.   From Chris Meuller, Yardbarker.com:

If you’d like to see what pure, raw anger looks like, head to Twitter and search “Howie.” Eagles fans were incredulous, furious and calling for their general manager’s head after the pick. Even grading on the Eagles fan curve, where polite booing is actually a way to express happiness, the takedowns were brutal. Roseman might be the only person happy about being cooped up in his house; if he’s paying attention to the fans, he won’t want to show his face in public for a while.

The Philadelphia Enquirer was just as brutal toward the General Manager.  The pick was not expected, especially with the talent still on the board according to the Enquirer.  As of the newspaper, “with touted star-level talents remaining on the board at many positions, including wide receiver (Denzel Mims from Baylor), safety (Jeremy Chinn from Southern Illinois) and cornerback (Kristian Fulton from LSU),” Roseman fouled up in his Hurts choice.

Eagle quarterback Carson Wentz is 27 with a four-year, $128 million contract last year and the   “stunning move” by Roseman, the newpaper says, is “seemingly an admission of doubt about the franchise’s plan to build around Wentz for the next decade.”

All is not good in the town of the always disgruntled fans.  The newspaper says that the pick seems to undermined Wentz as the leader of the team.  Is team/fan loyalty issues next for the Eagles as of this pick. Those in the City of Brotherly Love seem to think so. The love is not so brotherly with regard to Roseman and the Eagle fans.

Further comments by Eagle’s passing game coach Press Taylor seems to add fuel to a possible fire for franchise. He says,  Hurts “stood out — his strength, his ability to throw and run and make plays,” Weidl said. “He’s part of the new guard of mobile quarterbacks in the league, throwing it or running it. Just an uncanny toughness, poise, and his competitiveness. A natural leader that’s led two college football teams to conference championships.”

Second photo:  Jalen Hurts of Oklahoma is heading to the Philadelphia Eagles.AP