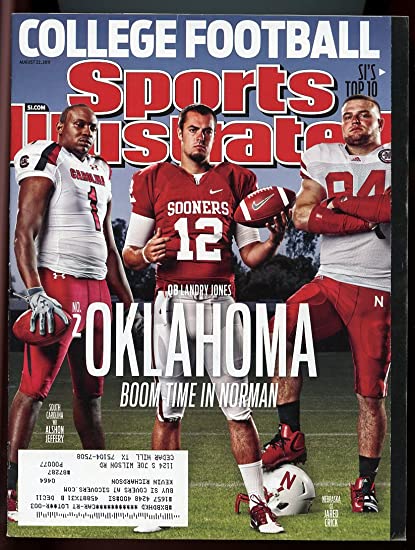 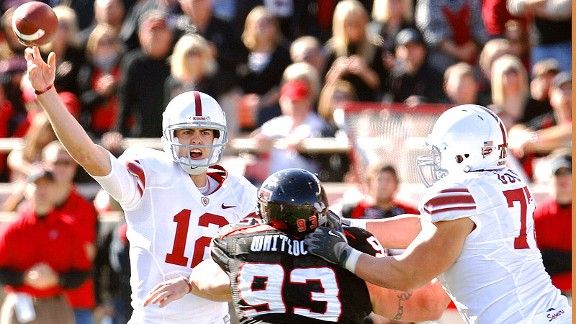 Being true to my rating system takes a detour as I continue the countdown to the greatest Sooner quarterback that I have seen.  Landry Jones, the most difficult player to rank, could have been my number two, or anyplace in between where I have him at number nine.  The all-time passing leader in Norman, a four year player that started all but a couple of games as a freshman as of Sam Bradford’s injuries in 2009, two of the best statistical games of all time for his position at OU, Landry Jones made his mark as a great quarterback.

He beat Texas three times as the starter.

But with all the great things he accomplished, his legacy will be overshadowed by others as of taking OU to higher levels of national presence and the fact that he was the signal caller in Coach Bob Stoops lessor seasons.

He lost to Oklahoma State and that is something that cannot be slighted.

Jones has always taken a bad rap with the fans and I am sure there will be more positives remarks than negative that I rank him 9th and not higher, like 2nd.  With that, do not slight Jones as his ability to play the position on teams that were not  Bob Stoops best did hinder him as a winner at Oklahoma.

He will be remembered more fondly as the years pass, and the fact that he played his four years and did not try to take his game to the next level until he had filled his eligibility as a college player must be noted.

Jones is currently third all-time in NCAA passing yards with 16.646.  He is 7th in all time passing touchdowns with 123, and that is 2nd on OU’s all-time list with Baker Mayfield at 131, who is tied with three others in 4th place all-time nationally.