(My 15 most favorite sports films) 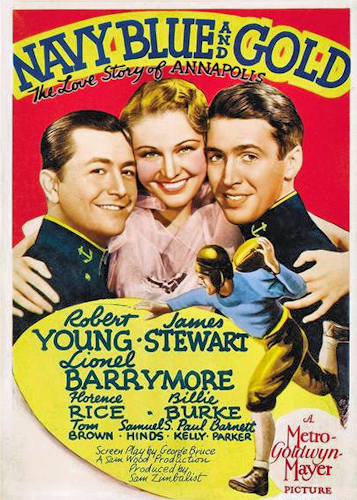 (MGM-1937): Jimmy Stewart and Robert Young with Lionel Barrymore star in a movie on the Academy in Annapolis. Caught it one night on cable and was blown away. As good as Knute Rockne All-American for tears and historical presence, a great story as you gain a love for the US Naval Academy. Directed by the great and under-rated Sam Wood.