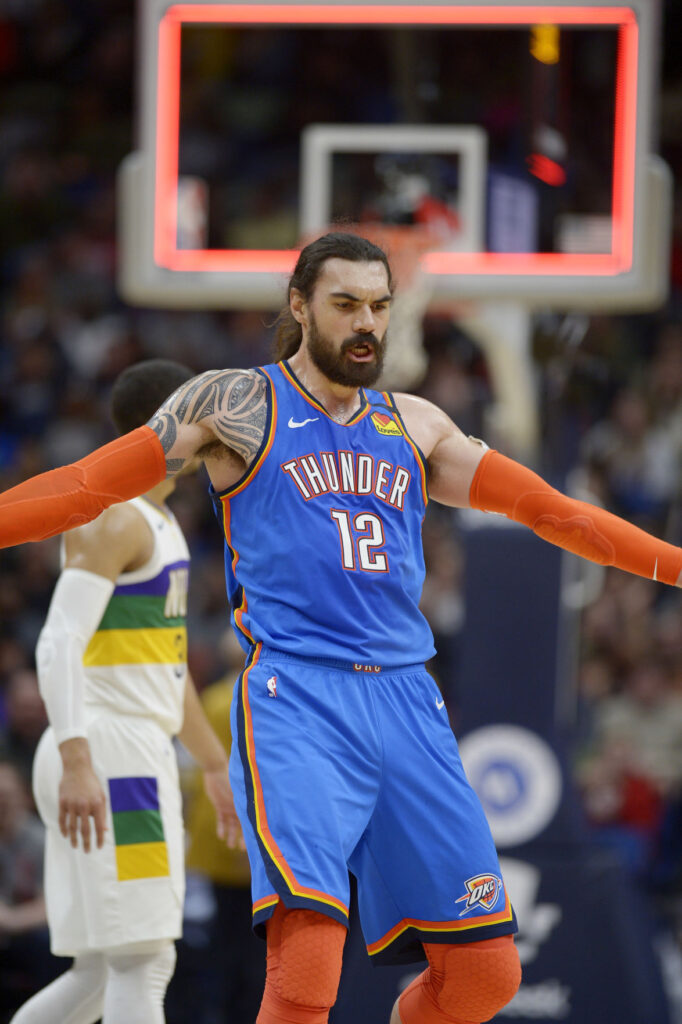 In last night’s NBA game between the Oklahoma City Thunder and the host New Orleans Pelicans, the Thunder’s big man, Steven Adams, did something that he had not accomplished in 567 career games.  Mr. Adams, the most popular player on the “Big Blue”, hit his first three point shot.

The Thunder’s gargantuan 7-foot center, who has a range of no less than seven feet on his shot,  had only attempted a grand total of 11 in seven seasons. But with time winding down in the second quarter, that changed.  Adams 50 foot football pass hit nothing but net and the Thunder ended the quarter with an eight point lead.