BOB STOOPS TO THE NFL?

I SAY SURE, IN TIME 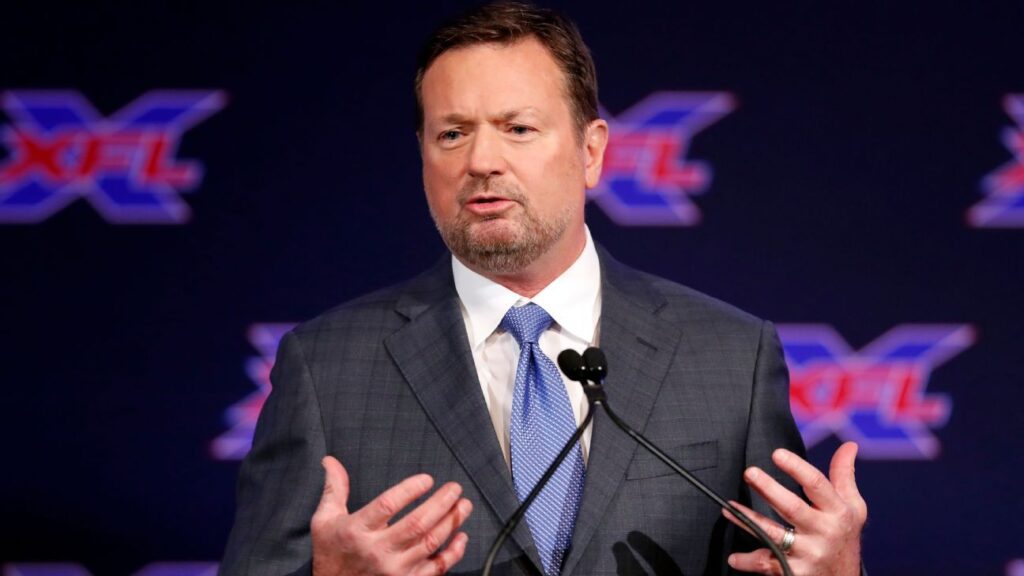 If anyone is wondering why former Sooner head coach Bob Stoops is coaching currently in the XFL, let us look at the situation.  Going on four years since he led the Oklahoma program, Stoops has found a way to coach and still watch his son play the college game (as a wide receiver at OU).  The Dallas Renegades is his team, just 190 miles south of his Oklahoma home.   And with that, let us not forget, Stoops is a competitive man that loves football and loves coaching it.  The fact he is a leader of men should never be forgotten.

After his legendary run in Norman, Stoops had become disenchanted with retirement and the daily challenge of a head coach was still in his blood.  The 59 year old has the energy of a much younger man and once his son has used up his eligibility of playing college football, he will be walking the sidelines of an NFL franchise as the head coach.  As of the stress that goes with coaching a high profile college team, the NFL will allow Stoops to do what he loves for an owner that gives him what he enjoys without the need to reload a team every year.  Stoops and the NFL go hand in hand.

Look for Bob Stoops to sign with an NFL team in couple of years.  That is the way I see it sports fans.