From the Past, Recent Posts 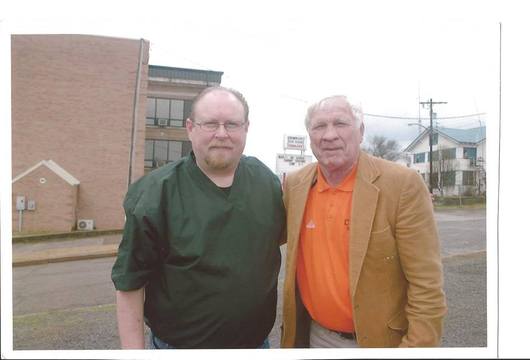 I was driving through Drumright, OK a few years ago.  I looked over to my right going west on the state highway that ran through the neat little city and saw something that caught my attention.  Near the large high school building/auditorium I caught a man running down the hill toward me in a steady but strong jog. Immediately I said to my wife that I knew that man and pulled the car over, got out, and greeted the single runner.

Surprised in seeing him, I called out and said, “hey, where you going.” The man didn’t immediately recognized me but I again called out, “Mr. Burden, how you doing? Remember me, Mr. Pahlke, Principal at North Highlands Elementary?”

After a second or two (more like a minute), the man gathered his mind and then said, “Sure. Mr. Fred. Yes”. He had a surprised look but was happy to see a stranger that was befuddling to his mind.

“Fred Pahlke (I identified myself). What are you doing in Drumright Mr. Burden?”

We visited for about ten minutes about old times. I introduced him to my wife.  Finally we shook hands, saying goodbye.  I knew that I would probably never see the man again.  He looked great but mentally not too sharp, not what you would expect by the handsome older man.  That didn’t matter.   The years of his profession, his first profession, had caught up with him. I learned from our conversation he had a wonderful family living in the area, with one son coaching at Drumright High, another at Cushing High, his birthplace. He was proud of his children and his grand children and such. Before we drove off I had my wife snap a picture of the man standing next to me.

Back in the car I gave my wife a little history I had of the man and how I was to know him.

Brian Kelly Burden grew up in Oklahoma, Cushing to be exact. He was a graduate of Tulsa University where he played football.  A leader of the team, All-Missouri Valley.  He was a former school superintendent at Thackerville, OK and long time educator in Oklahoma.

I met him later in life when he was a substitute teacher in Oklahoma City where I was a Principal in the district.  He did most of his substituting at North Highlands Elementary on the Broadway Extension in our city. Mr. Burden was a believer in children. Children, to him, could do no wrong. He believed them and in them, no matter what they did or said. He taught PE for me. He also officiated my children at the Edmond YMCA when they played sports and youngsters.  He was ever mindful of being a positive role model for them.  He had the tendency to apologize to the kids when he called a foul on them in a basketball game, trying not to hurt their feelings.  He understood a five year old. They can and do get upset when called out for doing something wrong. He cared.  Get the picture? Mr. Burden is a unique human being. He is a one of a kind.  A true Oklahoma and American treasure.

Personally speaking, Mr. Burden is one of the best people I have every run the same path with. I have a list of my all-time best people I have ever met and Mr. Burden is on the list.  A very short list. Again this is just my list, something I think about a lot, as I get older. Currently the list has only four members. Yes four. My list only includes people that I have met.  Nothing negative, always positive. Burden is on my list and unless I hear something or witness something he will always be on my list.

I told my wife that he was physically doing great. Running miles a day, still in great shape. Strong as a sixty plus year old man could be. Mentally, he had been slipping for many years. No, it wasn’t really his fault.  He was a man that was living with his inabilities that were actually the results of living a great and colorful life. 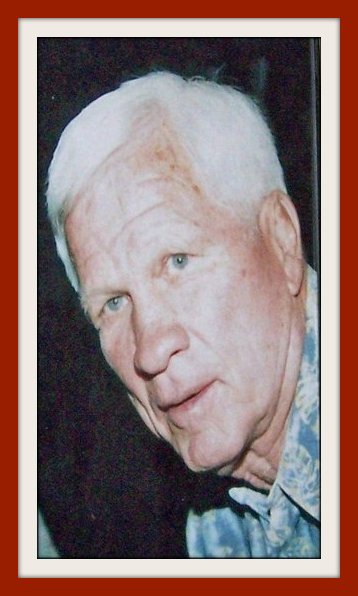 Brian Kelly (Burden) was the first Oklahoman to fight for a World’s Boxing Championship. He lost, in Dec. 1971, at the Fairgounds Arena to Bob Foster, a 3rd round TKO. The fight was for the WBC Light Heavy Weight title. He was a game fighter that night, being knocked down twice in the 2nd round, getting up each time. At the end of his career he was 45-12-0 with over 300 hard rounds. Those rounds took some of the spark out of him, but he would never tell you that. He fought at the highest level. Foster, the Champ, would face Muhammad Ali months later. Brian Kelly Burden was a warrior at the highest level.

Kelly Burden was the forerunner for Sean O’Grady, and I learned that Sean’s father was his trainer. I haven’t seen Mr. Burden since that day in Drumright. I am sure time is taking its’ toll.  How he is doing (mentally sharp I’m not too sure.) I can’t be specific. But it was an honor to know him and be on his path. (A story about young children boxers on the south side touched my memory to write this.  Mr. Burden started/worked at that gym. The picture was the one my wife took that day when we met in Drumright.  Currently as of 2015 Mr. Burden is living with assistance but I am sure he is still brightening the lives of the people around him.)

PS-Mr. Burdin passed away a month or so ago. He was Oklahoma’s greatest for many years.

From the Past, Recent Posts

6 Responses to “Oklahoma’s First Man of Boxing, A Look at a Wonderful Man”