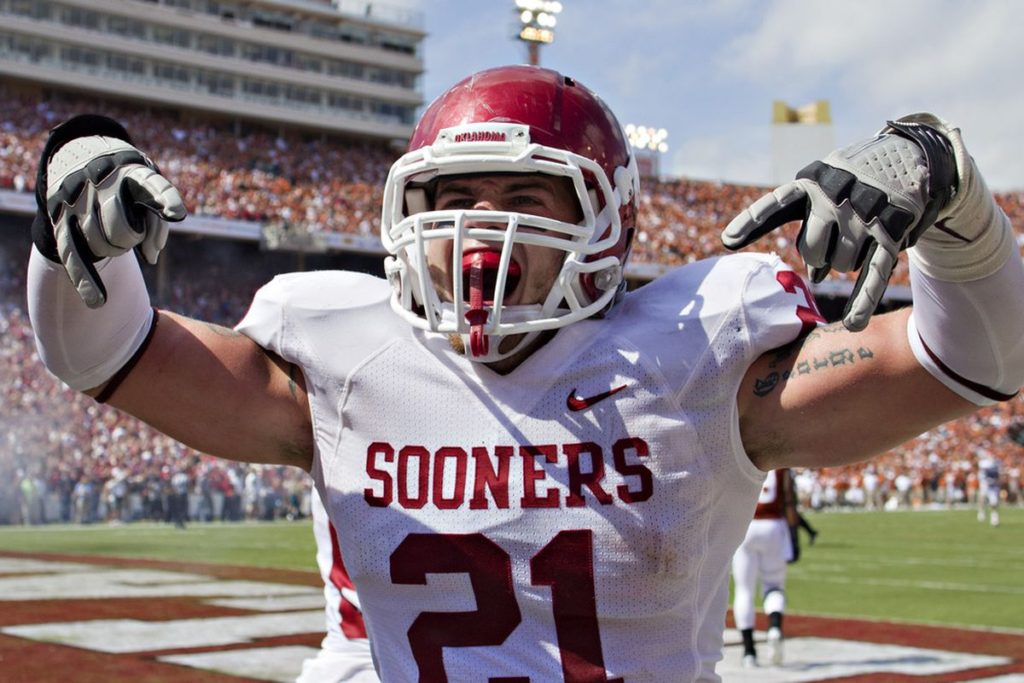 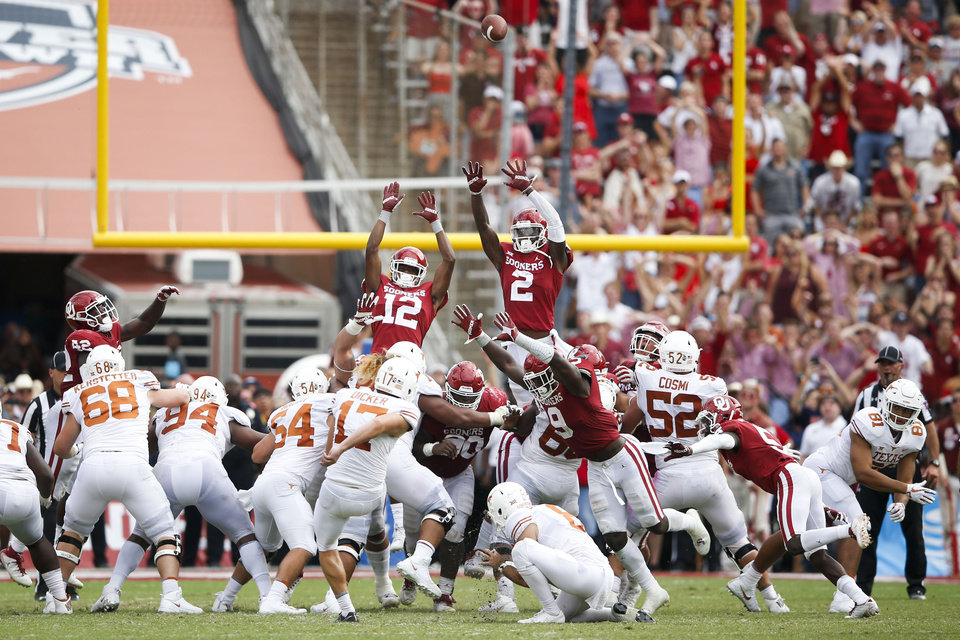 OU or UT?  Which will take the other down this year in the Big Twelve?  Both the Sooners and Longhorns have their sights set on the Championship game and both also have to consider something higher, a possible top spot to make the Final Four at the end of the season.

OU:  The Sooners bring in Jalen Hurts from Bama to run the show.  He has the experience of winning the National Championship.  An average arm in Tuscaloosa but a superior runner Hurts will be effective in Lincoln Riley’s offense.   With two freshmen behind him with talent but little experience, the redshirt for Spencer Rattler will give him snaps in some blowout games.  Tanner Mordecai will start the season as the backup and will also get game experience when available.  OU’s three deep at quarterback could be significant if Hurts gets banged up.  OU is deep in all skill positions and will be excellent on the offensive line once the new starters get playing time.  Maybe OU will not be as explosive as last year and maybe they just reload and the same devastating offense just continues to roll.  Grade:  A

UT:  Sam Ehlinger begins his third season and the junior is a big strong runner with an average arm.  He is a winner and brings that edge to the field.  If anything happens to him UT is in trouble.  HIs backup, redshirt freshman Casey Thompson should be good in the future but 2019 is not yet his time.  Ehlinger has had problems with concussions and that has to be on Tom Herman’s mind every time he throws his large frame into the action.  The skilled players that will compliment Ehlinger are good but not great and lack the experience coming into a big game on Sept 7th with LSU.  The offensive line has holes to fill.  UT will be good at best on offense.  Grade:  B-

OU:  Bad was not the appropriate word for OU’s defense label in 2019.  Atrocious would be more like it.   Can new defensive coordinator Alex Grinch (from The Ohio State Univ.) make a difference managing this group over what has transpired in the recent past?  They should be, given the opportunity to reset their defensive mindset.  More reaction to the ball and less thinking. Still, the talent level is not up to snuff, and as last year, games could become shootouts.  Start with Houston in game one in Norman. Given some pre-season injuries, the Sooners will not be deep and that will also be a worry.  I will not mention names and lets see who actually stands out for OU in 2019.  Grade: D

UT:  The Horns will be very good.  Caden Sterns will play on Sunday’s and is one of the best safeties in the country as a sophomore.  Malcomb Roach (line) and Joseph Ossai (backer) are standouts and UT will be as good as last year on the defense.  Grade: A

OU:  New punter and placement are worrisome for Riley.  OU will not be as good in the kicking game.  Grade: C

UT:  Camerson Dicker is one of the better kickers in the country and the punter Ryan Bujcevski also returns.  Grade: A

OU has the players to challenge for national honors.  The names are known.  The defense holds the key to a championship season. Points will be scored and point will be given up, in abundance.

Gamers that Texas will have a fight on their hands but should be favored:  Iowa State (A); Baylor (A)

OU and Texas will play in the Big Twelve Championship game.  Both will be in contention for a Final Four slot.

6 Responses to “Oklahoma or Texas? Which team will take the Big Twelve in 2019?”