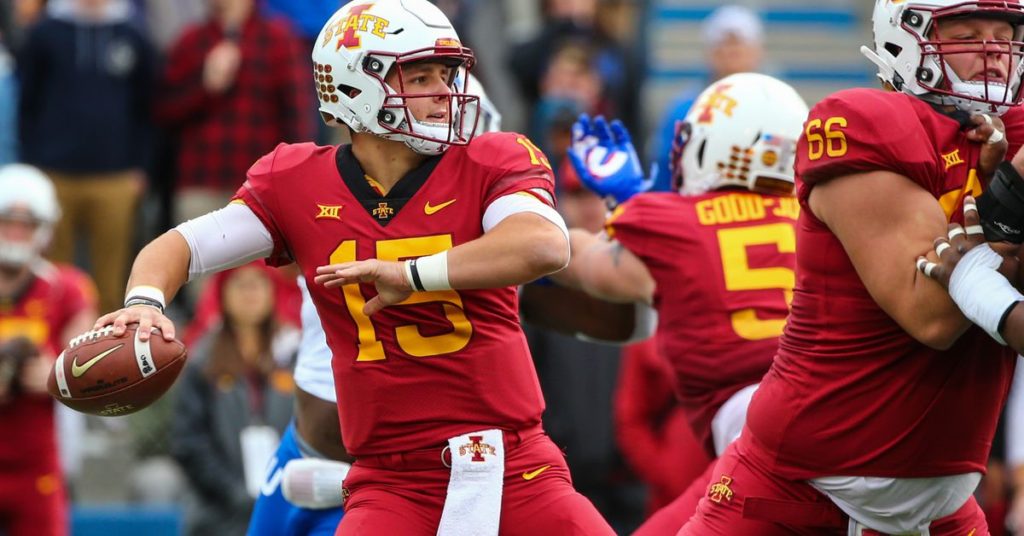 I can argue that Iowa State had a less than successful year in 2019.  Matt Campbell’s Cyclones lost five games, including nail biters with the Iowa Hawkeyes in Iowa City, TCU in Fort Worth, and Washington State in the bowl game.  All three were games that I am sure Coach would like to have back. With that, the Cyclone nation is all hyped up for 2019, expecting a run at the Big Twelve title and the championship game in December. With an experienced quarterback and a solid defense returning, they have a chance.  The problem is that the loss of some key offensive studs will hamper the production on that side of the ball and ISU will struggle in more games than not.  There is a reason why ISU has not won a conference title in 107 years. I think by the end of 2019, it will be 108.

Offense:  It all starts with the trigger man and the ‘Clones have a good one in Brock Purdy.  The sophomore surprised the league as a freshman but that shock to the system of defenses will not be so intense with the loss of the best runner and pass catcher on this offense.  This program will struggle in the passing game, not that Purdy cannot deliver the ball.  His wideouts will be one of the lower ranked units in the conference and do not expect the big play as of Hakeem Butler last season.  With David Montgomery also playing on Sunday’s, an experienced offensive line will open holes for the runners but as in the passing game, explosive long runs could be sparse.  One new recruit that may alleviate the need at running back is freshman Breece Hall, four star recruit that is 6’1 and 215 lbs.  He might be the answer for ISU.  We have some positives and some negatives on this side of the ball, but right now this offense will not be as good as last year.  Offense Grade: B- 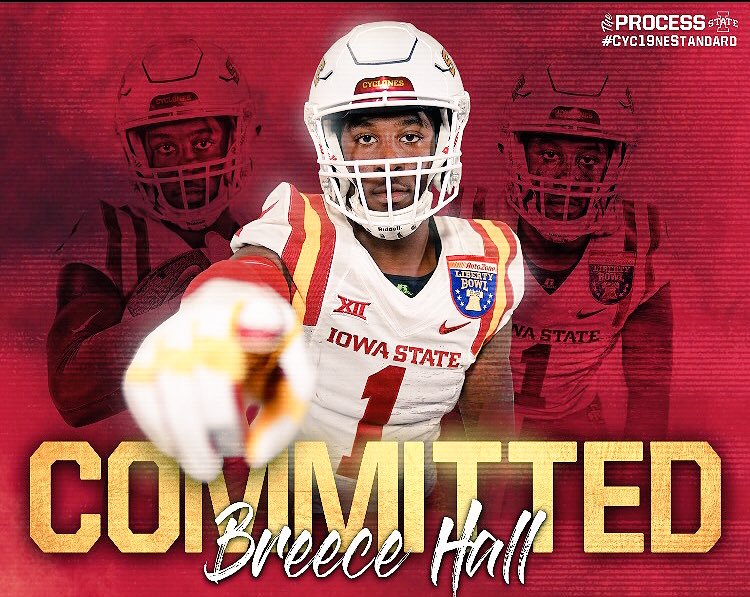 Defense:  The front line troops return three veterans that will push for All-Big Twelve honors (all three were Honorable mention in 2018).  End JaQuan Bailey is a sack specialist and one of the best in the country.  Along side Ray Lima, ISU will again be stout against the run.  They had the best rush defense in the conference last year giving up only ten rushing scores.  The linebackers are Mike Rose and Marcel Spears Jr. and both are All-Big Twelve quality.  Two corners return in a secondary that will not be as experienced or as productive as in 2018.  Opponents will have to use the pass to move the ball consistently.  Overall, Iowa State should be one of the best defenses in the league if not the best. But that is a moot point is games with Oklahoma and Texas and another other team that can pass the ball with effect.  Grade: B+

Special teams:  The placement and punter both return and with a years experience, ISU will be good in those areas of the kicking game. As for returns and coverage, we shall see  Special Teams:  C+

Forecast:  I can see this team finishing anywhere from third to sixth, but a solid defense, o-line, and top quarterback says higher than lower.  I have them at the lower end of the better teams in the league, grouped with Okla. State, TCU, and Baylor.  A significantly better record is in sight if they get the breaks and avoid injuries.  Not as good as OU and UT, but a notch or two above Tech, and the bottom of the league.  Purdy is a excellent talent and with some help, ISU contends.  A strong defense is always good and that gives the Cyclones some hope for an upset over Texas at home.  Coach Campbell has to be careful in his career moves.   It is tradition that the more successful coaches in Ames move along when offered better jobs.  Yes, Campbell will be no different.

Games Iowa State will lose (but not hopeless):  Oklahoma (A); Texas (H)

One Response to “Brock Purdy is the man in Ames….Cyclones look to contend in the Big Twelve”