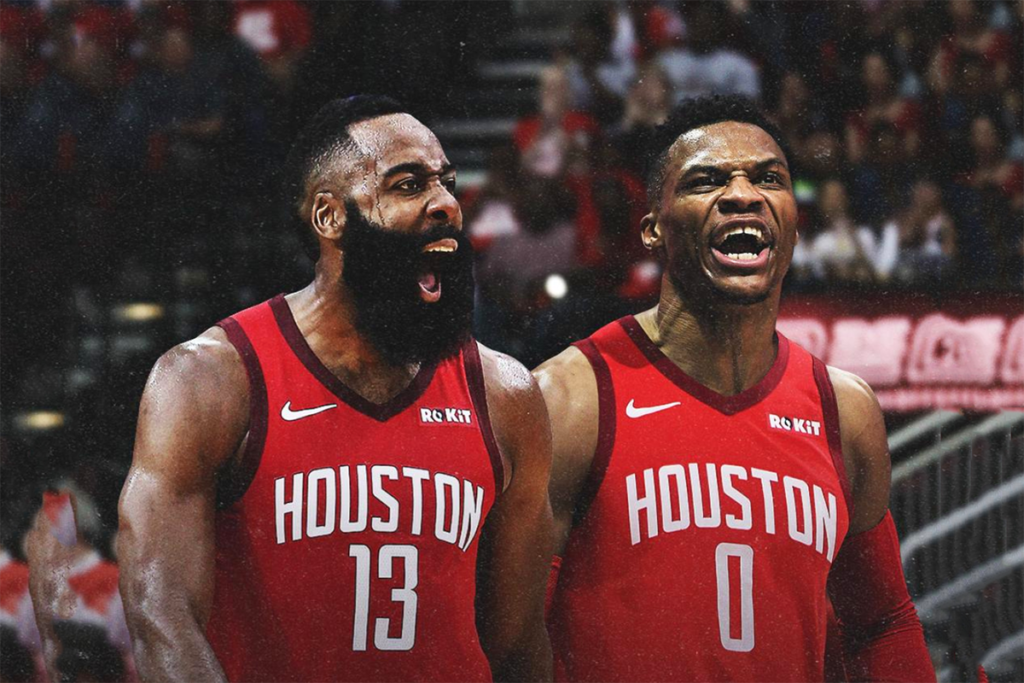 Russell Westbrook and James Harden, the two highest use players in the NBA, will each want to dominate the “SPALDING” when they are both on the court at the same time.  While Harden is doing his two trick pony to either shoot the three or drive the lane, Westbrook will be off to the side watching this bad man do HIS thing.  Now do not take my comment as negative for James….just for Russell. James is the best one-on-one offensive player in the league to get the shot or drive the lane.   But this sort of play puts Westbrook out of the game on offensive sets as who would work to set up Westbrook for a three? He is a terrible shooter from distence (but that does not stop him from jacking does it?).

Neither Westbrook or Harden take coaching all that well too.  After spending the most part of eleven seasons viewing Westbrook do his thing in Oklahoma City and to hell with his coaches coaching (Scotty and Billy), what makes anyone think this ball player is going to take direction from the Houston coach (Mikey)?  Harden and Westbrook both like to freelance their game as the situation dictates.  Sure, both can make the pass and be efficient with it.   Westbrook a little better than Harden.  And with James Harden, the master of hero-ball, you think he is ever going to pass to Russell when not on a fast break?  That is not happening.

Looking at the situation, Houston’s head coach Mike D’Antoni will be able to allow the two to fight it out as the season progresses.   Will it be Russell or James that will dominate the show, shooting the rock, and dictating the flow of the offense, which in Houston has been a joke during crunch time with James doing his individual thing.  Something will have to give with this set-up and it will be fun to see these two friends become each others nemesis.

Do not look for a title in Houston in 2019-2020. The wheels will come off this Rocket ship when all is said and done.