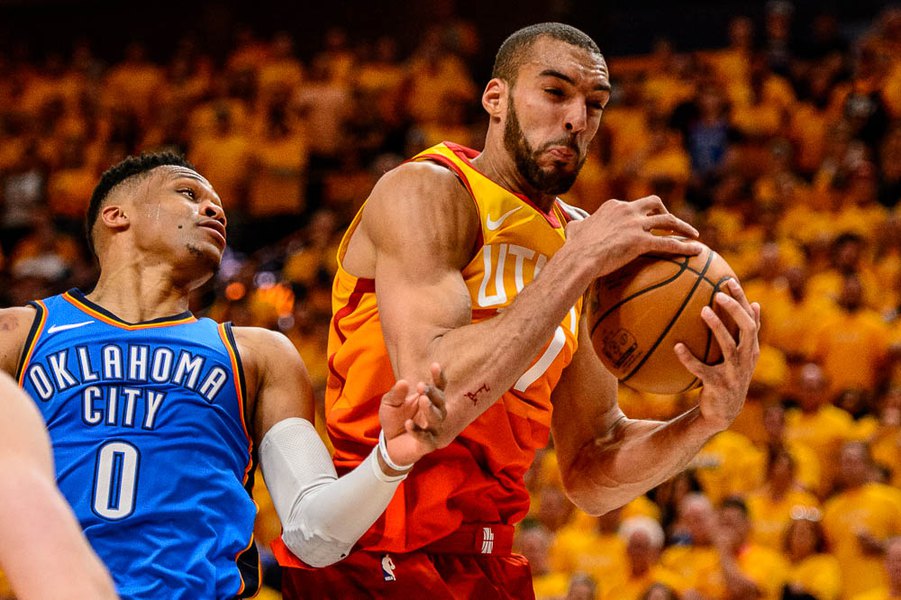 I am old school when it comes to basketball and home court advantage. I am not your friend when you come into my arena. I am your enemy. I am not nice, I am not cooperative, I am your worst nightmare. I was this way when I played sports and when I was part of a supporting fan group (Sooners, OCU Chiefs/Stars, OSU Pokes, OKC Thunder) for my teams.

I would do whatever to get you upset, rattled, spooked, if you were my opponent, on the court or as a fan in the stands.

So many Oklahoma City Thunder fans are complaining that the Utah Jazz fans are out-of-control, rude, disrespectful toward Big Blue.  Are you people out of your fricken minds.  Do you have any clue on sports and fan base and support for your team?

Why does the Jazz treat  Russell Westbrook the way they do?  Yelling stuff, chanting stuff, being totally out there.   Do you Thunder fans really need someone to answer that question?

Yes, you give your opinions and I respect them, but in total do not agree with them. It is what it is and the home court advantage by the Jazz is in part because their fans are great fans and want their team to win as much as we do for our Thunder. Their so called disrespect toward Russell and the team is not actually disrespect but just the opposite. They understand who Russell is, and what he is capable of on the court.

(And this was written by a season ticket holder that attends the Thunder games in the Peak from game one season one through tomorrow night.)