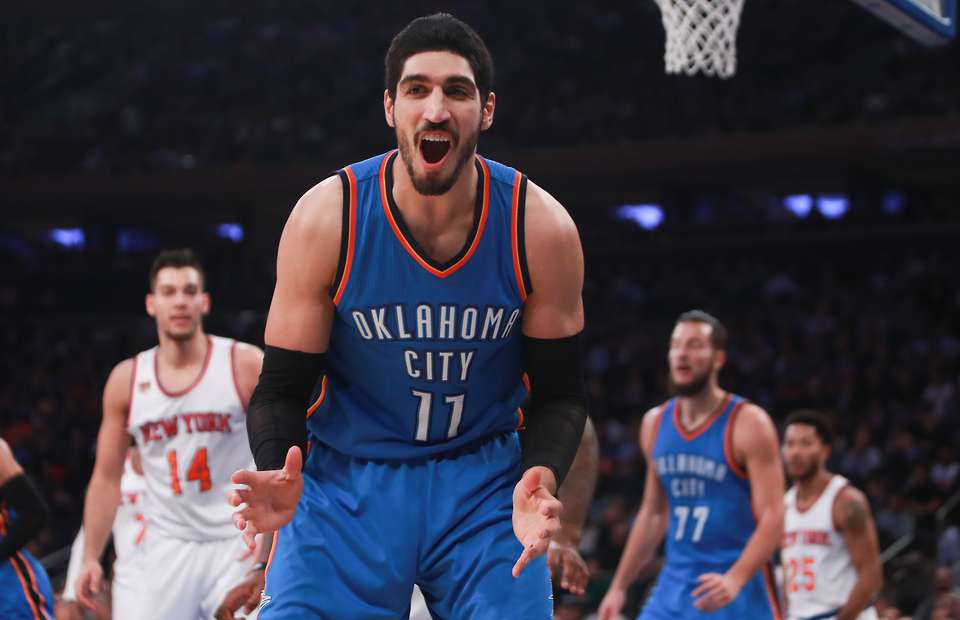 If you have lived in Oklahoma City the past couple of years and follow the hometown NBA team, the Oklahoma City Thunder, you have a intelligent understanding of the heart and soul of Thunder post player Enes Kanter.

The big man from the country of Turkey has had his number of controversial incidents.   Yet Kanter is always wanting to be in a positive light, even when the situation is not so good.  A broken hand suffered when he slugged a chair was a negative, but it did not take but a few hours for Kanter to realize the point that he was out-of-control, with apologies all around, followed by heart felt forgiveness by fellow Thunder players, coaches, and most importantly, the Thunder Nation.

The well-liked Kanter followed up with a troubled trip out of the country this late spring, and when another government decided to pull his passport, the worry and concern by all in Oklahoma City, not to mention the NBA at large, was telling.  Getting back to the United States was not easy and now concern for Kanter, how his birth country Turkey is working against him, and that situation with the leadership of Turkey remains.

The fact is that Mr. Kanter, along with his buddy Steven Adams, and Russell Westbrook withstanding, might be the most beloved player for OKC.  He has fit in with OKC, the NBA, and most importantly, his future country, the United States.

Today Enes Kanter donated $25,000 to a relief fund for the folks that hurricane Harvey has devastated in south Texas.  His gift has a challenge to us that we all need to give to those that can put a donation to use.  These funds will be needed for people that are suffering from this tragic weather event.

Showing leadership, Kanter is a man that can be counted on to do what he can to make things better.  Sports fans, that is not a given these days.

Feature Photo:  IN this AFP file photo, Turkish NBA Player Enes Kanter speaks to the media during a news conference in New York City about his detention at a Romanian airport on May 22, 2017. Kanter returned to the U.S. after being detained for several hours at a Romanian airport following statements he made criticizing Turkey’s president Recep Tayyip Erdogan. Now, he’s got new problem: his father had been arrested in Istanbul and could face torture.