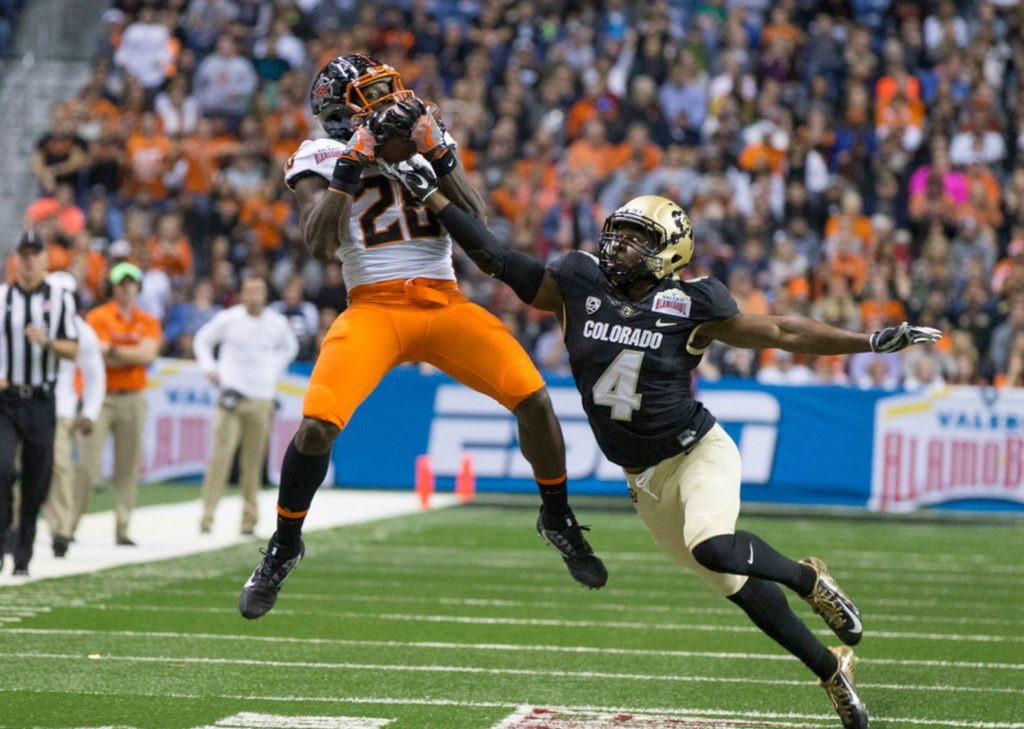 Head Coach Mike Gundy of the Oklahoma State Cowboys is facing the 2017 college football season with not just one, but two Heisman Trophy hopefuls. Quarterback Mason Rudolph, a senior out of Rock Hill, South Carolina, is the primary name you hear associated with Heisman.  But sports fans, do not forget about James Washington, also a senior, from Stamford, Texas.  Washington happens to be the top wide receiver in the land on a team that has the best and deepest pass catching group in college football.  Coach Gundy, still the man, now at fifty years old, has the ammunition in the passing game that has some college football prognosticators picking the Pokes to make the Final Four at the end of the season. Sports Illustrated thinks so. Can OSU run the table, win the Big Twelve that now includes a championship game, and make that top ranking? With some defense sure can if the offense clicks as many think it will.  The first test for Gundy’s team will be this Thursday night against Tulsa in a home opener in Stillwater.

Mason Rudolph has been a prolific passing quarterback in this career for the Pokes. His record as a starter is 22-6.  He comes into this season leading all FBS quarterbacks in both interception avoidance and touchdown-to-interception ratio in 2016.  His over 4000 yards passing and less than five interceptions was the best in the country last year.  At 6’5 and 230 lbs., Rudolph, with a strong arm and NFL body, will have the professional scouts taking a hard look at him with a 1st round pick in the 2018 draft all but certain.

The tiny high school that James Washington attended in Texas was a benefit for him to gain attention as a big time college football player.  Accomplished in jumping and catching the football, Washington led his 1A Texas State football championship team as a senior.  He is a state quarter-finalist tennis player and all-district basketball player that was recruited by Texas and TCU among others. His choice of Oklahoma State has led him to become a consensus pre-season All-American wide receiver and the next coming of Dez Bryant for the Pokes.  Washington enters his senior season with 26 career touchdown catches, 2,923 career yards and 19.6 yards per catch, all bests for Power Five Conference returning players.  Washington, plays much bigger than his 6’0 205 lbs. frame.  Opposing coaches have made Washington their number one issue to be concerned with when OSU has the ball. He can take it to the house on any play. 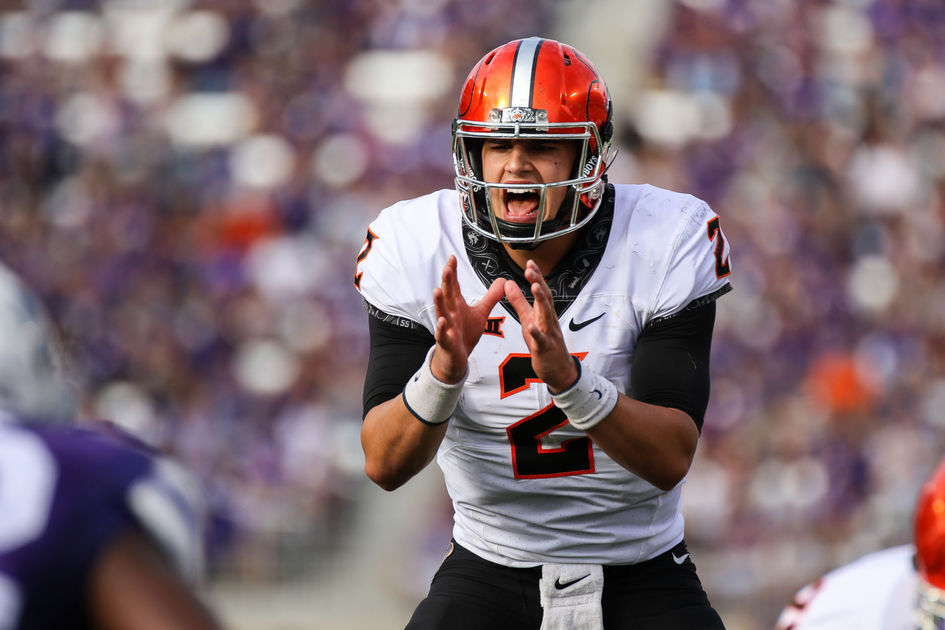 Mason Rudolph calls an audible at the line before taking the snap. Devin L. Wilber/O’Colly

When a team has more than one Heisman candidate, it is not to the benefit for that school.  Rudolph and Washington are just two players that defensive coordinators have to deal with on this OSU team.  OSU opens the season Thursday with the best offense in the nation.

Will either win the Heisman Trophy?  You might say that for that to happen, Oklahoma State needs to run the table. Sports fans, that is a lot easier than you might think if you average fifty points a game.  And you know, the Heisman and National Championships do associate with each other more than you think.