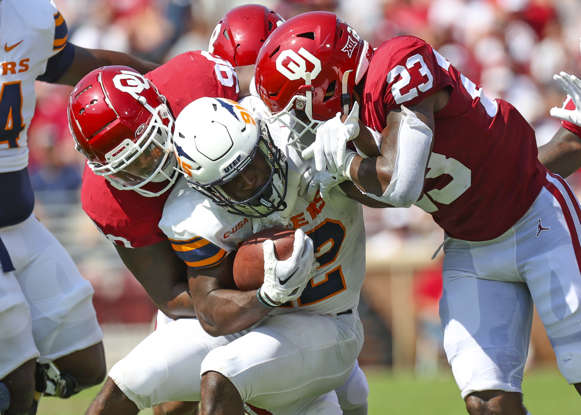 FROST TO BE FIRED SHORTLY? 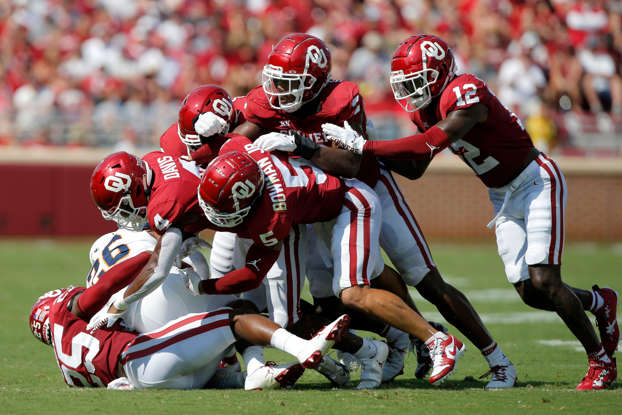 The Oklahoma Sooners visit Lincoln in two weeks to play the proud Big Red of the North, the University of Nebraska.  I had hoped that the return game for OU with the Huskers would be a rather competitive one for this season, the gemstone match-up of the non-conference schedule for the Big 12 powerhouse the Big Red of the south.  My hopes have been dashed after only three games, two by UNL and one by OU.  The Huskers laid an egg in Ireland two weeks ago getting beat by the Northwestern Wildcats and followed this past Saturday beating a very mediocre Division 1 FCS school, Northe Dakota.  The Fighting Hawks had the Huskers tied in the third quarter before falling 31-17 in the end.  That is all you need to understand sports fans.  OU is on a roll and Nebraska is going to get rolled.

Oklahoma will kick Nebraska no matter where this game is played.  The debacle that the Husker nation will see in this dog kicking on their home field will be the end of Nebraska coach Scott Frost as his tenure for his alma meter will be over.  Will they fire the coach at the end of the day or will they let him finish out the season?  I think he will be gone sooner than later.  Nebraska red will need transfusions as Frost will be all drained out of Husker red.

OU by 35 is my early prediction. More to come. 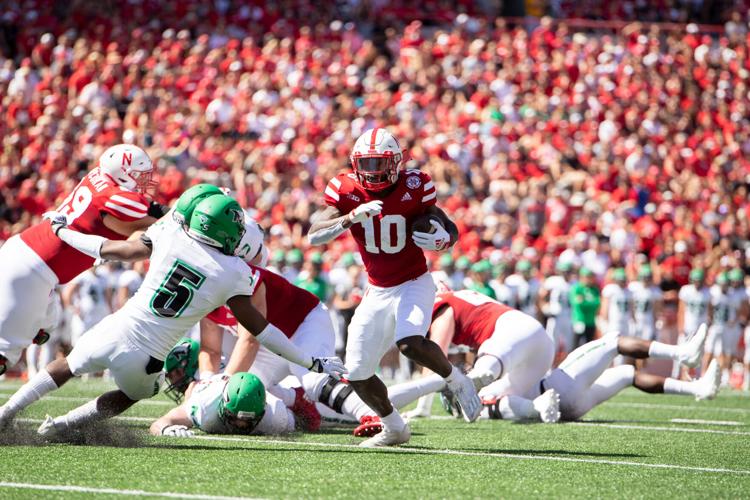 Secondary photo 2:  Nebraska’s Anthony Grant (10) shakes a defender during their game against North Dakota at Memorial Stadium on Saturday, Sept. 3, 2022 in Lincoln, Nebraska.