It was a big day in college football Saturday as Florida State and Utah, both undefeated teams, tasted defeat; a top line quarterback broken his neck; and tragedy hit on the campus of Oklahoma State University as four Homecoming spectators were killed and 44 others were injured in a terrible incident that will affected the lives of the University and the city of Stillwater, and the great State of Oklahoma forever.

Above video of the Blocked FG that beat Florida State on the last play of the game.

Plus, my new Top 25 has a new number one as the college game continues to filter for the Playoff committee to choose the four teams to play for the National Championship for 2015.

Final Four for the National Championship:

Oklahoma had their way over Texas Tech. The Sooners beat the Red Raiders 63-27.  The Sooner rushing game ground up 405 yards on 57 carries as Samaji Perine led OU with 201 yards (23 carries and 4 TDs) and Joe Mixon complimented Perine with 154 yards (16 carries and 2 TDs).  Baker Mayfield threw it 22 times with 15 completions for 212 yards and two touchdown passes. The Sooner qb had one first half interception.  The OU offensive was unstoppable.  Texas Tech qb Pat Mahomes II threw four interceptions in the loss. 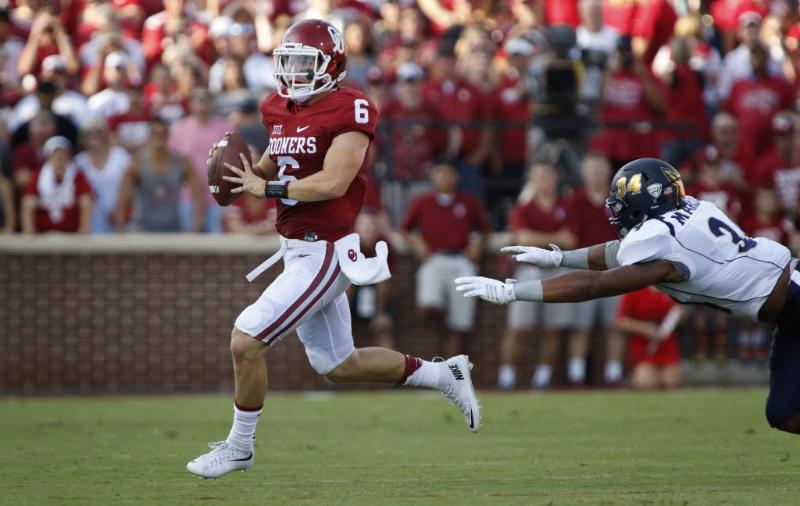 Oklahoma State pasted Kansas 58-10.  JW Walsh and Mason Rudolph were spot on as a duel quarterback tandem for the Cowboys who were mistake free in their romp over KU.  The Pokes took it to the Jayhawks early and another impressive defensive performance was key. The Cowboys running game improved with over 200 yards.  It is the 3rd time in Coach Mike Gundy’s run at Stillwater in getting the team to a 7-0 start. 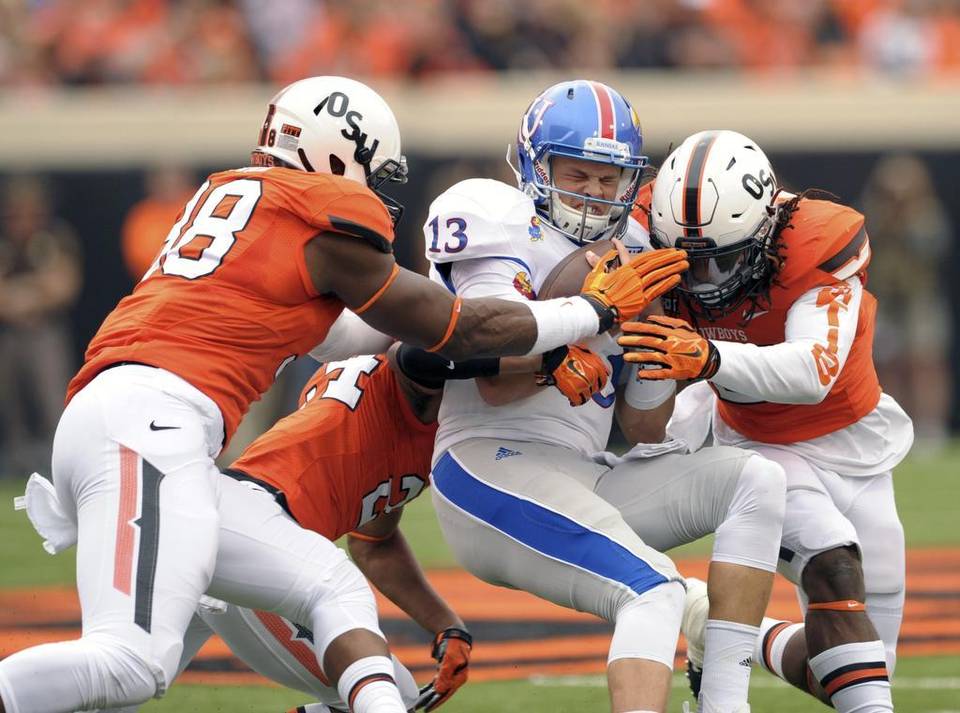 Texas used a good defensive game to deck Kansas State 23-9.  The Horn’s are seeking a bowl game and this win puts them in contention with wins over West Virginia and Texas Tech.  Those are not given and it is still an uphill road for a 13th game for UT this year.

Baylor took apart Iowa State early then held on for a 45-27 home win against Iowa State.  Baylor quarterback suffered a neck fracture and is status will be determined later. He could be back early or it could be a season ending injury.  A significant blow to Seth Russell could derail the Bears as it is very rare for a freshman quarterback to lead a team to the National title no matter how talented he might be. Jerret Stidham finished the game for Baylor.

Another Sad Day for O-State, Stillwater, and the State of Oklahoma

Homecoming at Oklahoma State turned into a terrible and heartbreaking day.  A woman drove her car into a crowd of bystanders watching the Homecoming parade, killing 4 and injuring 44.  Past history has not been good for OSU with previous tragic events dotting the University’s history.  The OSU experience has shown that good people can manage these incidents but some places get more than they deserve.  Prayers to the Cowboy community, Stillwater the city, and Oklahoma the State.  Tomorrow will come and a better day will take the place of yesterday.

Above Photo credit:  Oklahoma State football players and staff formed a prayer circle before the Cowboys’ game against Kansas on Saturday in Stillwater, Okla. Earlier in the day, a car ran into a group of people watching the university’s homecoming parade, killing at least three people and injuring dozens more. Brody Schmidt The Associated PressRead more here: http://www.kansascity.com/sports/college/big-12/university-of-kansas/article41342787.html#storylink=cpy