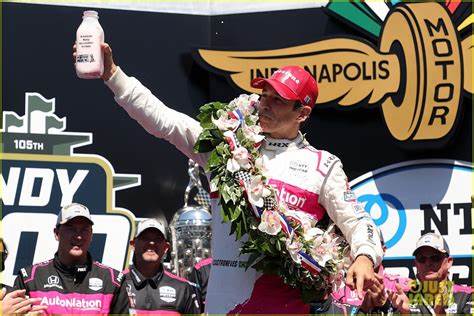 Having followed the great and grand old race, the Indianapolis 500, since my memories of a young child, I was again tuned in Sunday to take my annual view of the “greatest spectacle in racing.”  I enjoyed the race, a rather clean one with regard to accidents. I was was totally overwhelmed with the ending as my favorite driver joined the “four time winner” classification, as the 45 year old Helio Castroneves won. Has he become the greatest driver in the history of this American iconic race to the checkered flag?  Maybe. And do I expect him to win a 5th?  Yes I do.

My appetite on “Indy” racing was salivated, as I mentioned, at an early age, as of my Dad’s interest in racing.  He told me that the great Lloyd Ruby, a staple at the Brickyard in Indiana, raced his stock cars in Oklahoma City, back in the 1950’s.  Those races were staged at Taft Stadium,on North May, the venue that my Dad had played his high school football at, back ten, fifteen years earlier.

Stock car racing was very important in OKC, from the early days in the 1920s where the races were staged at the first Fairgrounds in the city where the present day Douglas High School stands.  Once that Fairgrounds was moved to the northwest part of the city, Taft Stadium became the place to race.  Ruby was a regular for a time in OKC and my Dad was a fan of both Ruby and the sport.  My Father was also into racing motor boats in the Southwest before I was born in 1953 and after until he quit as of his physical injuries he suffered in World War II that took a toll on him as he got older.  The family still have many trophies he won at the different lakes he raced on as he was often in the money or better, winning the races he was a participant in. He was somewhat unique that he built his own racing boats among other water craft he was able to construct.

I would one day hope to visit the “500” on race day.  I have made the visit to the track but never on a Memorial Day weekend to take part.