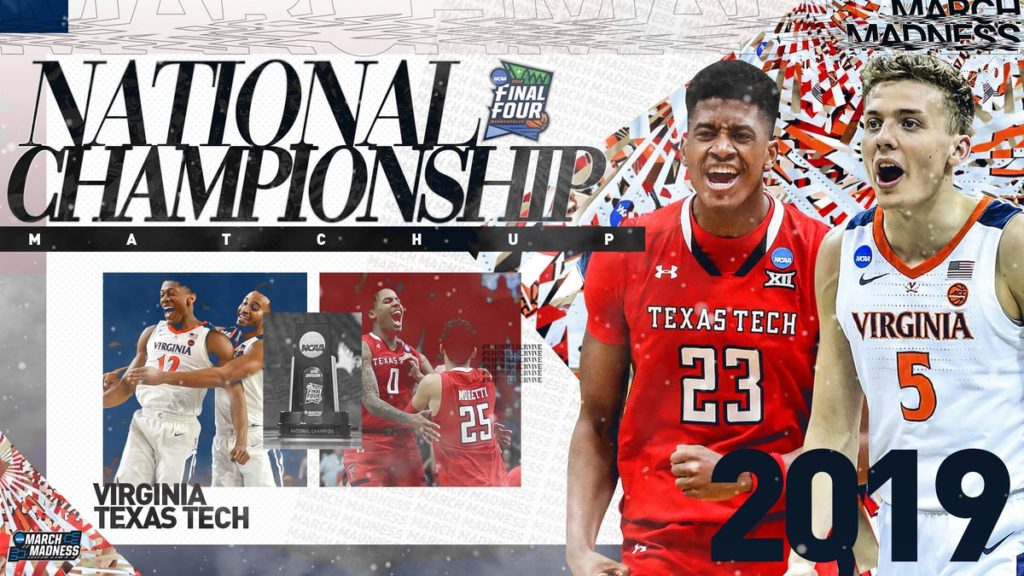 Defense will be the name of the game tonight when Virginia meets Texas Tech in the Final Four’s championship tilt in Minneapolis.   Both teams have stifling stoppers and play extraordinaire defense  Expect a low scoring, nail biting game.  This one should be an all-time classic low scoring final.

With the Baylor Bears winning the Women’s title last night in Tampa, the Big Twelve is trying to get a sweep of the college basketball world, and the Red Raiders have the team to get it accomplished.  But Virginia is such a great defensive team so anything is possible.

East Coast prognosticators, and money, say Virginia will take the title.  The bias towards teams from the ACC come to mind in picking winners.  Texas Tech was not picked to beat Michigan State in the National Semi-finals but did by ten points.  The Big Twelve, as good as any conference in college basketball, will have it’s team as a dog tonight, by one and a half points.

Reading the comments posted in the official NCAA website, words such as destiny are used in describing the Cavaliers.  The following is an example:

They have Virginia, whose script has apparently been turned over to a magician or a wizard or a miracle cure salesman or somebody. How else to explain a team that has been behind by two points in the last second of regulation the past two games, and

The Cavaliers might just as well take the court with the word Destiny across the front.
“I don’t know what’s destined,” said Mamadi Diakite, after the victory over Auburn dropped from U.S. Bank Stadium roof. “We somehow ended up winning every crazy game like that.”

You would think Virginia’s last two victories, delivered by Last Hope Fed-Ex, would convince everyone the Cavaliers are not about to be denied.

Put all that together, and who would bet a bottle cap against Virginia right now?https://www.ncaa.com/news/basketball-men/article/2019-04-07/virginia-and-texas-tech-both-seem-teams-destiny-only-one-can