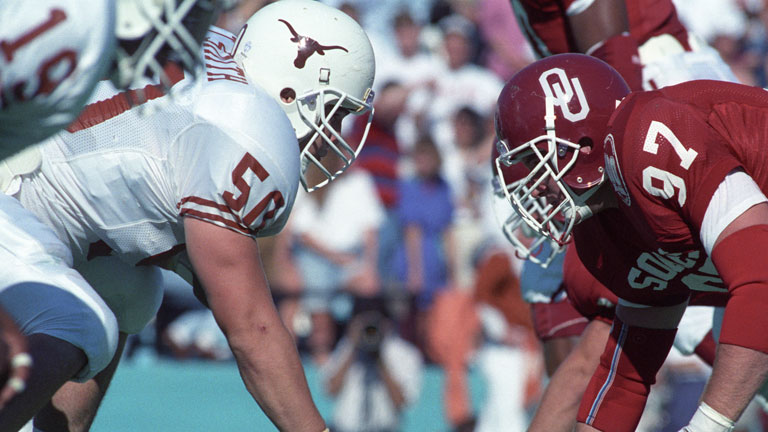 Oklahoma, coming off their stunning 38-31 home loss to Iowa State goes the Red River with week to  face a upstart Texas Longhorn team that has won their first two conference games.  This 2017 edition of the rivalry will be a nasty affair which could go either way most non-biased folks believe.  I have Oklahoma winning in a 45 to 38 shootout. As usual, mistakes in the kicking game and turnovers will tell the tale.

TCU heads to the Little Apple and are not assured of another conference win. I have the Wildcats staying close but the Horned Frogs taking a win in the fourth quarter 24 to 20. A potential upset here is not out of the question.  The coaching in this one should be excellent.

West Virginia hosts Texas Tech and as both teams have improved defenses, I like the home team in a high scorer.  Mountaineers 43 and Red Raiders 28.

Iowa State will get their second conference win in a row with a good beating of Kansas. Iowa Sate 59 and Kansas 20.

Homecoming at Stillwater will be pleasant for the Cowboys as Oklahoma State will score at will on the Bears to break a three game losing streak with this opponent.  Pokes 62 and Baylor 35.