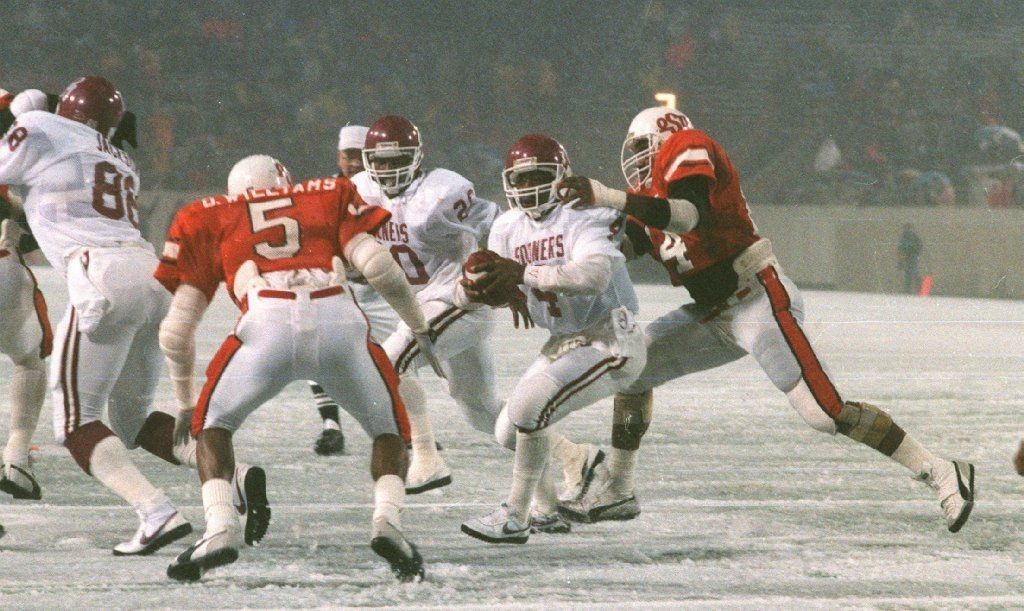 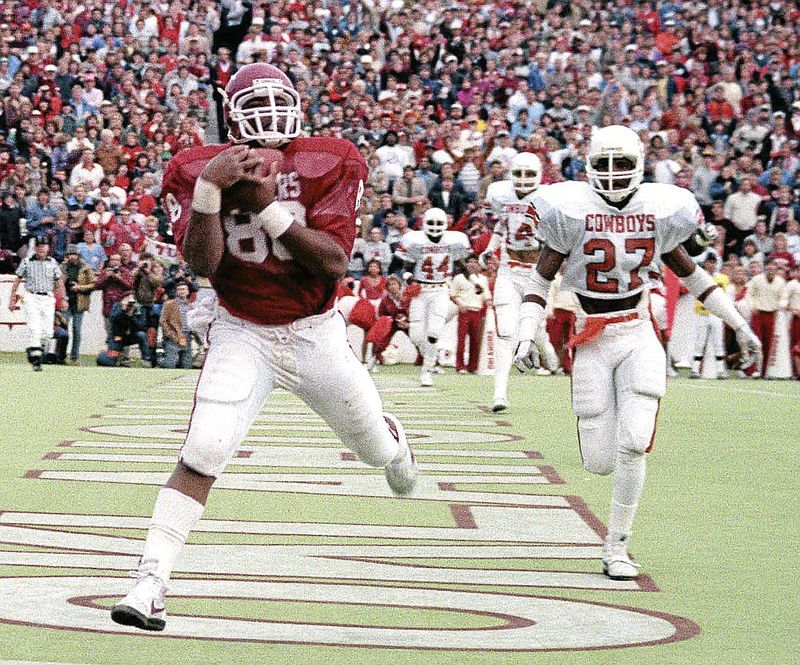 Bedlam Week Prediction:  Toss Up in Norman  My pick below

My first inclination is that Oklahoma will have enough defense to put a stop to Oklahoma State Saturday in Bedlam.  My second thoughts also support an OU win with the game in Norman and how tough it is for the visitor to win in this venue.  Believing that Mike Stoop’s defense can give the Cowboy’s problems in the running game and holding Mason Rudolph and his pass catchers limited success would tell me the Sooners win this one by a close shave.  Ball control by OU can also be a strong point if they can dominate time of possession and keep OSU off the field and limit their number of drives.

I hear a lot about how OU has the star power in this game. Sure, Joe Mixon, Samaja Perine, Baker Mayfield and DeDe Westbrook will get their yards, scores, and special moments.  This Sooner offense is lethal and can put up big time numbers.  And those numbers will  be needed Saturday.  For OU to fart around on a couple of series in a row, or a bad quarter, or a slow start. sports fan, that can get the Big Red beat.

For the Pokes, Mason Rudolph and company can light you up and I am sure that this offense can’t wait to get to this Sooner secondary.  OSU has the ability to go deep, go medium, and James Washington and friends can run circles on the Sooners pass defenders.  The running game is much better than it has been in recent memory, and if the Pokes get early success on the ground, we are in for a shootout. For the record, OSU has the better defense with the ability to force turnovers at a greater degree.

Baker Mayfield does not throw interceptions unless his receivers misplay the ball with errors such as tipped passes and alike.  Turnovers can be the deciding factor. Also, the OSU kicking game, superior to OU, can make the difference in a close game.  Specifically the punting of Zach Sinor, the best in college football, and his ability to kick long and pin the opponent inside the ten yard line.  Field position is not all that important as both teams can take it to the house from any place on the field, but turnovers deep in your own territory can be significant and having a short field to deal with is also important. Sure I can not say field position is not important and also say a short field is important. But both teams given a short field limit the number of plays to get a score and that limits the chance of another turnover.

Finally, to actually think one team is better is just foolish. This could be one of the most memorable Bedlam games in history.  Actually a toss up.  And there will be some really unhappy people come middle afternoon Saturday.   For my Sooner family and friends, OU wins in overtime 41 to 34.  For my Cowboys family and friends, OSU win in overtime 51 to 48.  For sport fans in general, OSU pulls out a Bedlam win, 41 to 37 in regulation.

Final Four (as I expect it next week)

Other games of the week:

Secondary Photo:  Oklahoma State’s Thurman Thomas (left) runs with the ball as OU’s Richard Reed pursues him during the matchup between the No. 2 Sooners and the No. 3 Cowboys on Nov. 24, 1984.  (Tulsa World)