First year head coach Matt Campbell (previously at Toledo) has two pieces of an offense that can be called better than average.  Freshman running back Mike Warren (111.6 yards a game) and junior quarter Joel Lanning (10 TD passes and 4 interceptions) give Iowa State a fighting chance when they take the field.  An offensive line of four new starters does not help but only one does not have any college experience.  The wide outs, slot recievers, and tight ends are average at best in this league.  On offense, with a new system being put in place, don’t look for a lot of yards and scoring, especially in the first month of the season.  Offensive grade: D 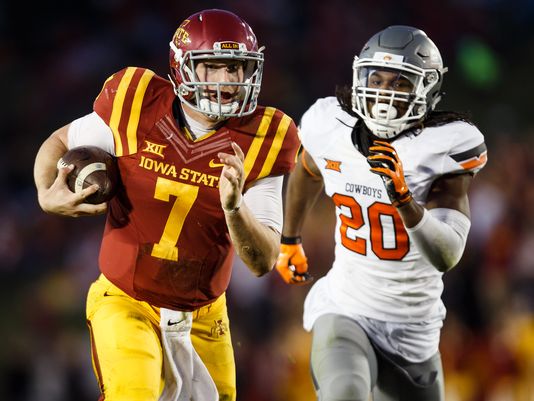 Iowa State’s Joel Lanning runs for a touchdown to make it 30-21as Oklahoma State’s Jordan Burton during their game at Jack Trice Stadium on Saturday, November 14, 2015 in Ames. (Photo: Brian Powers/The Register)

The defense will be a strong point for the Cyclones, even with limited all-league performers.  Kamari Cotton-Moya, a Freshman All-American two years ago comes back, off a hamstring injury last year that cost him his final six games of his sophomore season.  He is one of the better safety’s in the Big 12 at 6’1 and 197 pounds.  The defensive line will be tested but ISU will be adequate against the run.  Six seniors will man the middle and all have extensive playing time.      Defensive grade: C

Eight wins in the final three seasons for the disposed head coach Paul Rhoads did not please the folks in Ames, even if Rhoads bled Cyclone colors.  Matt Campbell has a good track record and given time the forcast for the Clones is partly cloudy for 2016, but sunny skies for the future.  Campbell can coach and given a couple of good recruiting classes, ISU might make some headway in the conference. Excellent fan support in Ames does not hurt.  The difference makers such as runner Mike Warren are needed for the northern most Big 12 team to win. Expect that to happen.

Five wins would be a good season and that is a possibility if the Cyclones win games that they have  a chance.  But nothing is given in Coach Campbell’s first year and some blowout losses are going to happen. 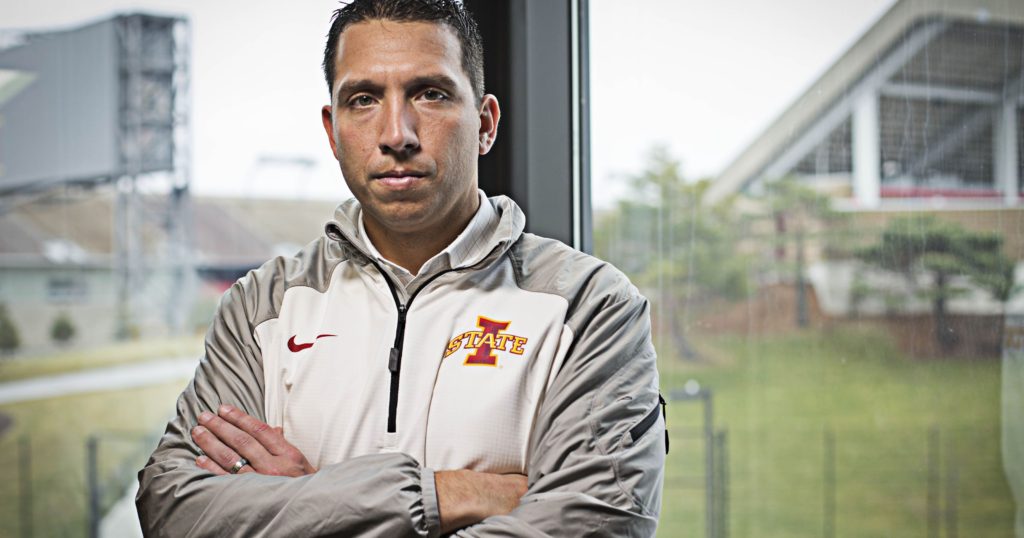 Will win games:  none 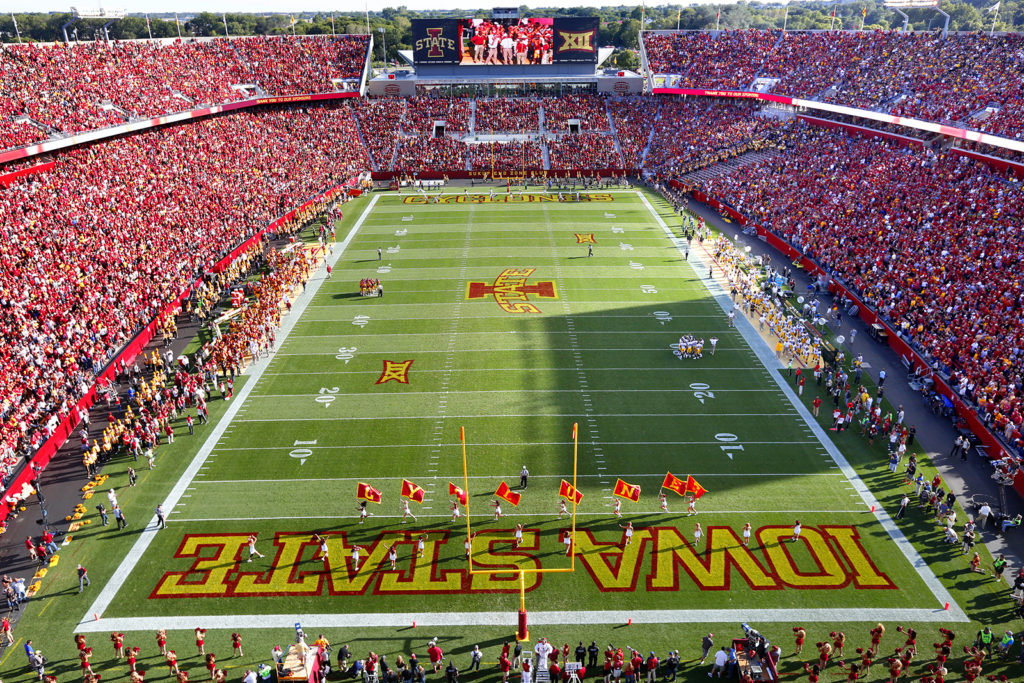 Jack trice Stadium is packed to 61,500 for Iowa State’s game against Iowa on Sept 12, 2015. (Photo by Christopher Gannon/Iowa State University) 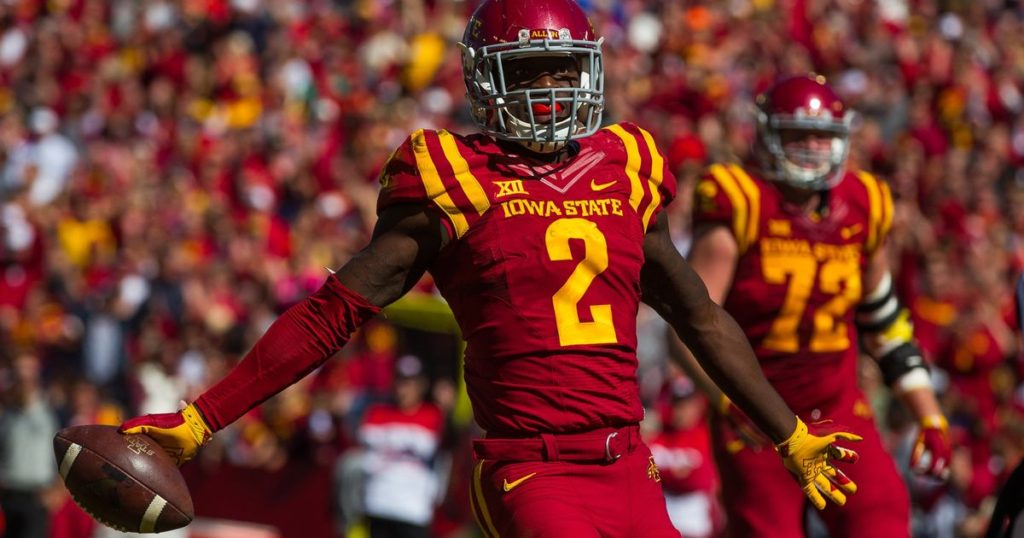